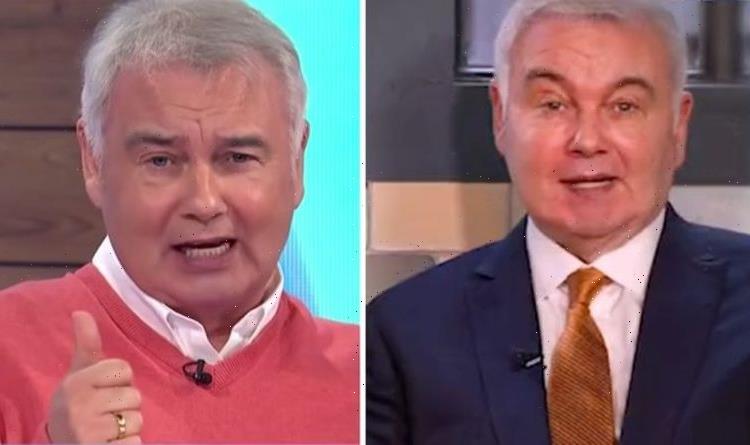 Earlier this month, Eamonn Holmes announced he was leaving his position at ITV’s This Morning to front his own show with GB News.

But some fans have taken to the comments section where the latest promotional video for his programme was posted, insisting that the 62-year-old “does not look well” in the sneak peek.

One Twitter user remarked on Eamonn’s face, claiming it was looking more “flushed” than usual, before directly tagging the former GMTV host to quiz him on his health.

“Look forward to watching and hope your health is improving. Do keep on top of your blood pressure (and HbA1c level) though, you look a little too flushed for comfort in that clip,” @CatheeAli wrote.

“Are you feeling okay? Perhaps the move to start a new venture so soon after leaving This Morning is taking a toll on your health.”

Eamonn responded to the tweet, reassuring the fan that he was doing just fine, while putting his new appearance down to video editing, as he quipped: “I think someone was a bit too vigorous with the warming up button.”

Elsewhere, Twitter user @RobbSta66380862 added: “Must admits, this channel is slowly getting there. Don’t now what Andrew Neil was whinging about.” (sic)

The father of four was quick to chime, tweeting: “A lot has and is changing . Thank you Robb.”

Eamonn has made it no secret that he’s been battling a series of health problems in recent months, which had gradually worsened in October when he contracted Covid.

He was forced to cancel any upcoming work commitments as a result, including his gig on This Morning.

In November, Eamonn opened up about the difference his dog Maggie has made to his life, regarding the support the pup gave him during his chronic pain battle.

Eamonn and his wife Ruth Langsford, 61, became the proud owners of Maggie after the adoption process with another family had fallen through.

In an interview with The Telegraph, the former Sky News broadcaster said: “I’ve had a lot of illness in the past year.”

“And then I got Covid. I like the peace that Maggie brings me.”

But it wasn’t just Eamonn who was relying on Maggie for support while he battled his health issues, as she was also keeping Ruth’s mother, Joan Langsford, company when she broke her hip.

Ruth recalled the heartwarming moment their pooch would leave her son Jack’s bed to lay by Joan’s side as soon as she headed to her bedroom during the time the latter stayed with the family.

“She’s just adorable, we love her so much,” Ruth continued.

“You come home and you’ve had a tough day, a long day, whatever, and I see her and she sees me, or Eamonn, and you see her tail going, and then she runs off, and I know it’s because she’s getting a toy from her basket to bring you.

“It’s just the loveliest thing. And you forget everything you were worried about, annoyed about, cross about.”

Eamonn concluded by saying that adopting Maggie had ultimately made him become a “better, more compassionate person” before joking that despite his newfound attitude to life, his wife is still the one who does “all the walking, feeding and looking after”.