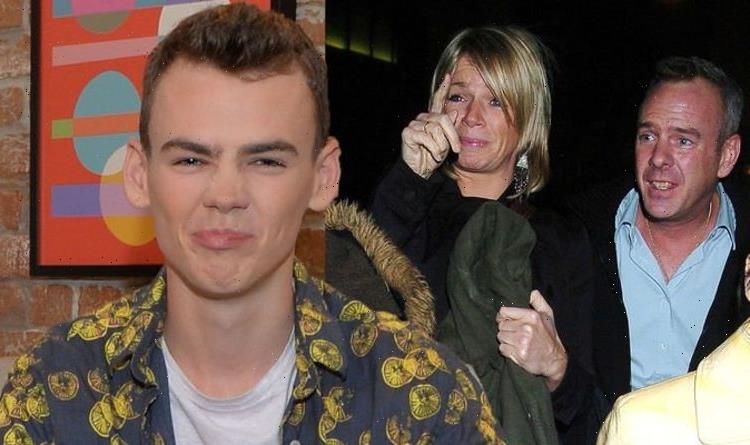 Woody Cook, 20, son of Zoe Ball, 50, and Fatboy Slim aka Norman Cook, 58, has been cut off financially from his parents. Woody has starred in Channel 4’s The Circle as well as Celebrity Gogglebox with his mother.

I want to work, so I am now self-sufficient.

Zoe and Norman are worth a staggering £35 million, with Zoe being one of the highest earners at the BBC, excluding Gary Lineker.

However, it has been reported that in order to get their son to understand how to earn his own money, the wealthy parents have cut their son off financially.

Speaking exclusively to The Mirror at the Attitude Awards, he said: “My parents have cut me off completely.

“I want to work, so I am now self-sufficient.”

He added that he does not have a student loan whilst at university, so sometimes really struggles but he is getting through it.

Woody proudly admitted: “I am doing it all by myself.

“The other day I couldn’t afford bread, but I’m working through it.”

He said that his parents have made it clear to him several times that they had to work for their money and were not born into privilege and they want their son to do the same.

Zoe and Norman have reportedly taught Woody to be entirely himself and not to rely on anyone else.

He still, however, “gets off his nut” at home when he can, interrupting his mother when she gets up early for work.

Woody described how he stumbles in with his friends when she is getting up for work at half four in the morning.

Zoe and Norman married in 1999 at Babington House in Somerset after meeting at Radio 1 and have two children together.

Nelly does not have such a public life as her brother, however, she did premiere a DJ set as Fat Girl Slim with Camp Bestival during the Covid-19 pandemic.

This was to raise money for the Ellen Macarthur Cancer Trust and The Trussell Trust.

In 2016, Zoe and Norman announced their separation after 18 years together, with Zoe dating since.

Woody recently made headlines after wearing a stunning dress to the Attitude Awards last week.

He has competed on Channel 4’s The Circle and came in at fifth place in 2019.

He is known when starring on Gogglebox with his mother for being very open in their conversations.