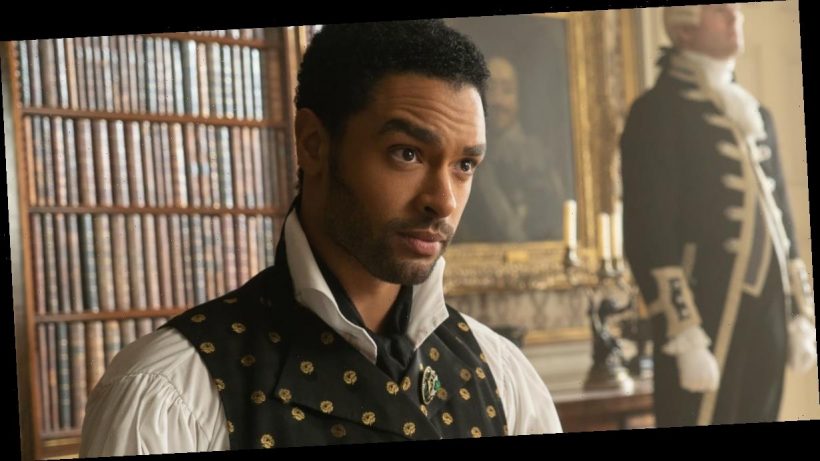 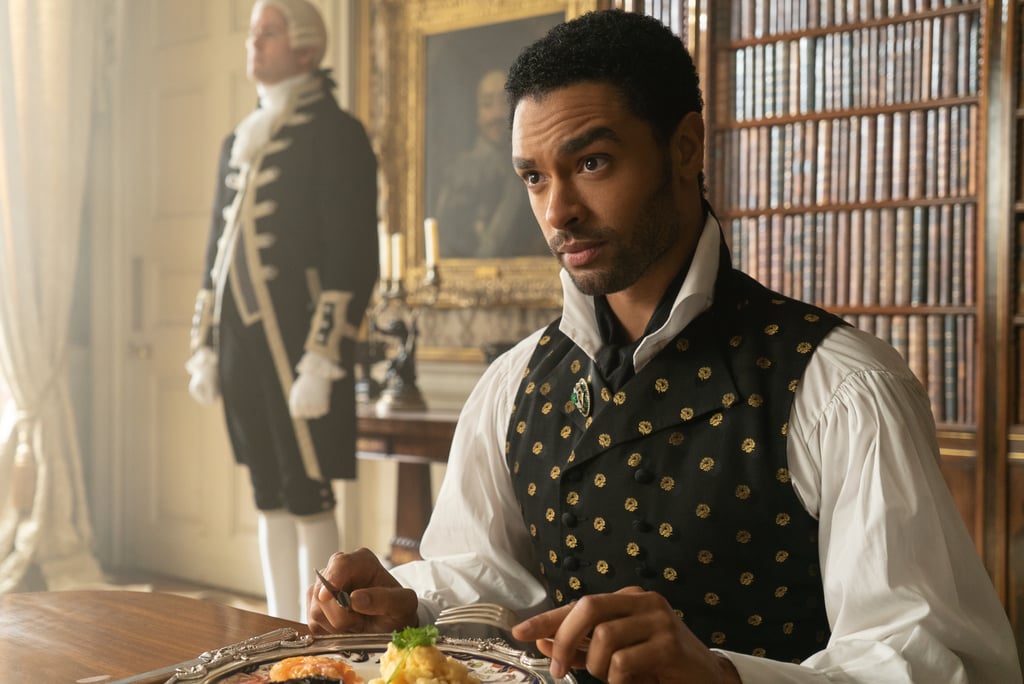 Did Anyone Else Totally Miss the Sentimental Accessory Simon Wears in Bridgerton?

Lavish accessories abound in each and every episode of Bridgerton, from diamond-embellished tiaras and décolletage-covering necklaces to grandiose hairstyles that qualify as stand-alone accessories in their own right. Among the Netflix show’s glitz and glamour, a decidedly less-flashy adornment has captured our affections, and that, your grace, is Simon Basset’s brooch. You may not have noticed, but the dapper Duke of Hastings is rarely seen around London without the same enamel pin fastened to the lapel of his coat or vest. The oval piece prominently features a green gemstone in the center that appears to be emerald, surrounded by intricate gold and silver detailing.

The jeweled accessory is never overtly mentioned during the course of Bridgerton‘s steamy first season, and many viewers (us included!) were hardly aware of its presence because, well, we were frankly too caught up in Simon’s captivating eyes and swoon-worthy grin. As it turns out, the brooch has a deeper, sentimental meaning that makes Simon seem much less closed off to his past than he does at the start of the series. As Bridgerton costume designer Ellen Mirojnick divulged to Fashionista, the pin originally belonged to Simon’s late mother, who passed away while giving birth to him, as we see in an episode two flashback. Although Simon notably despises his father, the fact that he carries around this memento from his traumatic childhood proves that family holds significance to him — despite his initial reluctance to have children with Daphne Bridgerton. It looks like Simon is secretly a mushball deep down after all!

Ahead, take a look back at all the handsome pictures of Simon repping his mom’s brooch during season one. Here’s hoping he continues to show off his nostalgic side during Bridgerton‘s forthcoming second season.