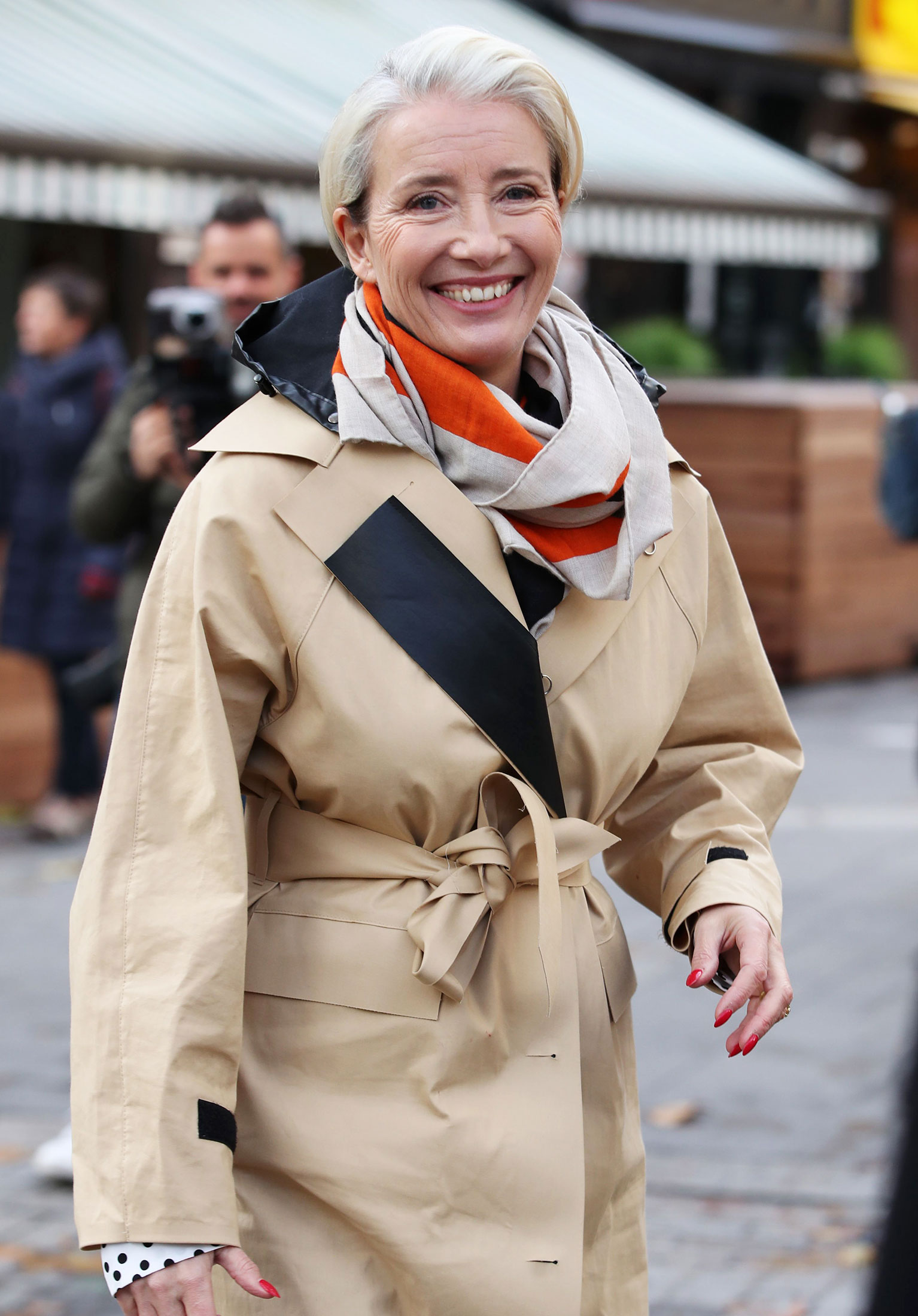 Emma Thompson can confirm that beauty is pain.

The 62-year-old actress, who plays Baroness in Cruella, revealed that her character’s structured silhouette was the result of some rather uncomfortable undergarments.

Before slipping on one of the many gorgeous gowns for the film, Thompson, who plays the high-powered head a fashion house, had to wiggle herself into some “industrial” like underwear. And yes, it was just as unenjoyable as it sounds.

That in mind, the contraption of shapewear required for the film was comparable to a “torture item.”

Gal Gadot’s Fabulous Pregnancy Style Ahead of Baby No. 3: Photos

“It [the underwear] was like the fourth bridge, you know … I was saying earlier, it’s like squeezing a tube of toothpaste in the middle. If you squeeze it hard enough then things will come up and go down and mark the shapes,” Thompson described, hand motions included.

She added: “It’s like you’re dealing with a plasticine person. I mean look, if you put Mr. Blobby into that corset he would look good.”

Industrial-strength underwear or not, there’s no denying that Thompson looks absolutely amazing in the movie. Her fabulous fashion was all thanks to renowned costume designer Jenny Beaven, who won the Best Costume Design Oscar in both 1987 for A Room With a View and in 2016 for Mad Max.

Promenades! Balls! The Best ‘Bridgerton’ Dresses and Suits From Season 1

From her military-inspired dress made from 400 meters of fabric (aka the “garbage truck dress”) to her all leather ensembles and punk rock vibe, Cruella’s wardrobe is nothing short of show-stopping.

And Stone, 32, admitted she thoroughly enjoyed getting into costume.

“Those [looks] are just so much fun, if Cruella is upstaging the Baroness – there’s multiple [outfits] … Those costumes and those makeup looks are just insane. ‘The future’ written across your face,” Stone stated as an example. “I mean everything was just built together and it was just phenomenal.”

Fashion was a key element of story telling, as the film shows a different side of Cruella de Vil. It follows an aspiring fashion designer named Estella, who eventually evolves into Cruella.

The film is being released on Disney+ and in theaters on Friday, May 28.