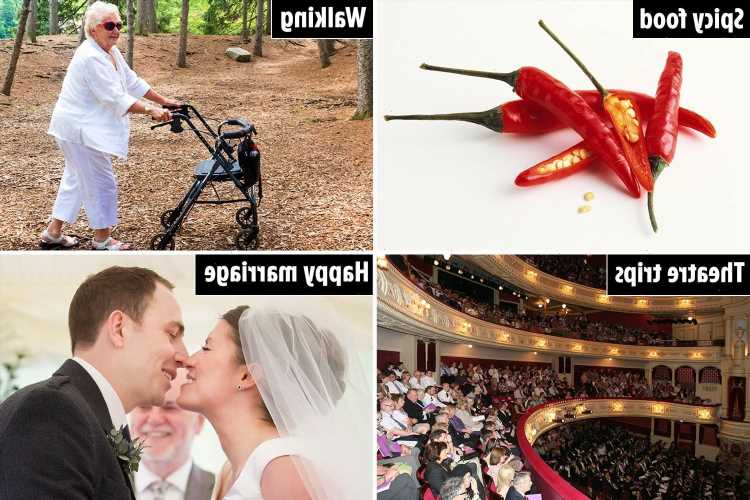 MOST dream of a long life with “health, wealth and happiness”.

While there is no fool-proof way to make it to your 100th birthday, there are some things you can do to increase the odds. 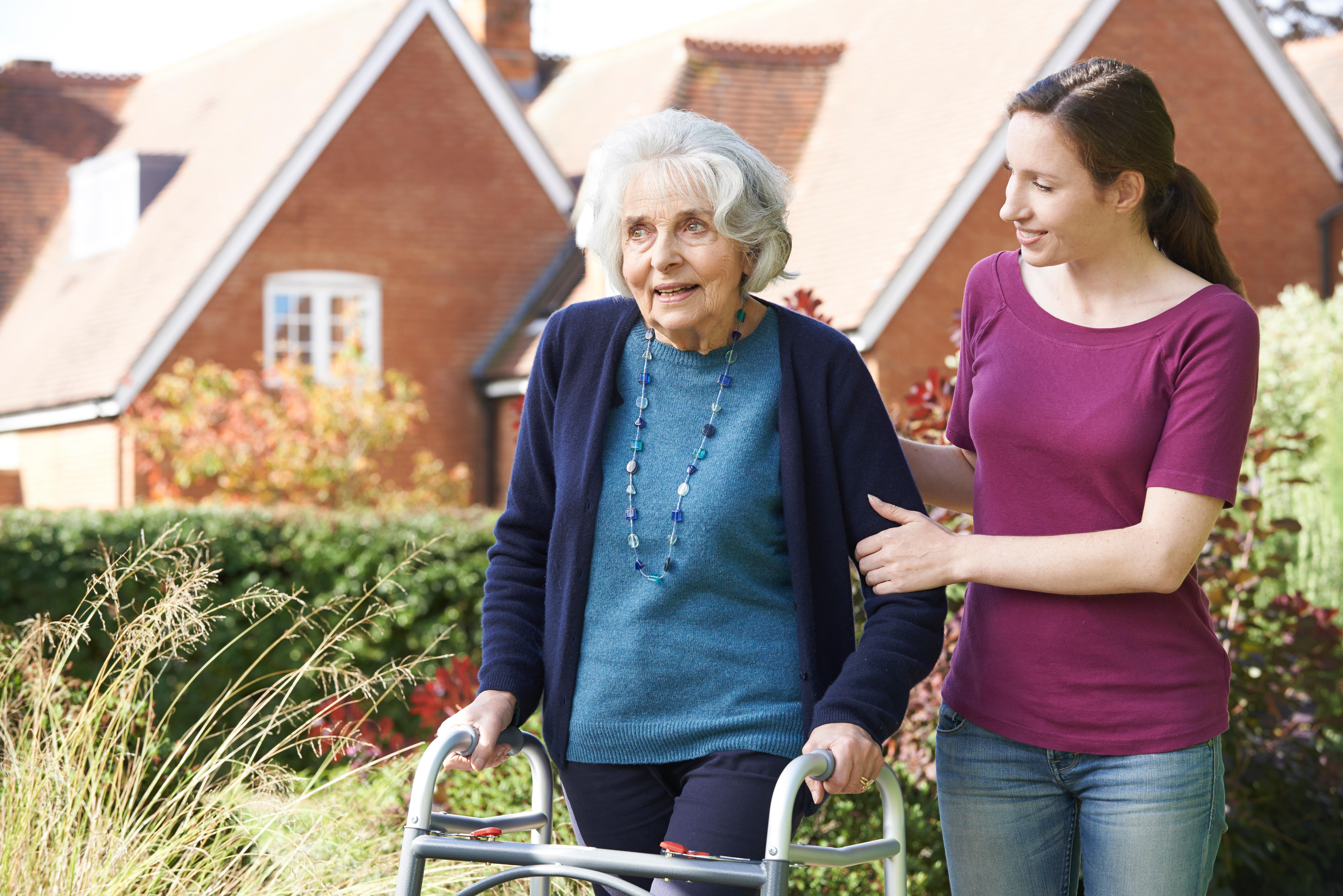 Many factors that influence our lifespan we can’t change – our genetics, the environment we grew up in, race and even our gender.

After all, if you’re a woman, you’re biologically more likely to outlive your husband.

That’s before taking into account “luck of the draw”, as many diseases or accidents strike with no obvious reason.

But although longevity may seem out of your control, there are a number of lifestyle tips you can start doing now, backed by science, to help you reach an old, wise age.

Get on that exercise bike or treadmill if you want to live a long life, as countless studies show it can cut mortality risk.

Walking is one of the easiest exercises to pick up, even in old age, and has been specifically shown to add years to your life.

One study in May, led by University of North Carolina, showed that women over 60 were less likely to die in a six-year follow up period if they went for walks, with every 1,000 steps per day associated with a 28 per cent decrease.

Another study in May 2019 of almost half a million Brits showed for the first time that walking fast, instead of slow, improved lifespan, regardless of weight – so speed up!

Cycling to work every day has also been shown to reduce the odds of an early grave over 15 years by 13 per cent, using 3.5 million New Zealanders.

If you want a new hobby, gardening has been shown to boost health in a number of ways.

One study by Harvard University’s public health graduate school and Brigham and Women's Hospital found that women who lived in greener areas had a 12 per cent lower mortality rate over eight years.

Although it’s unclear exactly why, experts theorised it was their decreased exposure to toxic air, and improved wellbeing from being in green spaces.

After all, living in an area that is surrounded by nature has been proven a number of times to contribute to wellbeing.

Australian researchers who followed people in their 60s also found that those who regularly gardened had a 36 per cent lower risk of dementia – a leading cause of death worldwide.

3. Being optimistic and relieving stress

It may seem cliche, but keeping stress levels down, and being optimistic, could save your life.

A number of studies have shown this, including 2018 research by the Duke-NUS Medical School in Singapore.

They asked almost 5,000 people over the age of 60 how happy they were, then tracked who died in the following six years.

A very similar finding was made by Boston University School of Medicine in the same year, revealing that the “most optimistic” men and women had up to 70 per cent higher odds of reaching 85 years old.

The researchers said these people may be able to “bounce back from stressors” more easily.

And stress itself negatively impacts health, both directly on the body and also indirectly, by causing people to eat more or maybe smoke.

4. Having a happy marriage

They say, “happy wife, happy life” – and it may be a longer life, too.

The researchers explained that if your partner is happier, they may eat better and exercise, which encourages you to do the same. 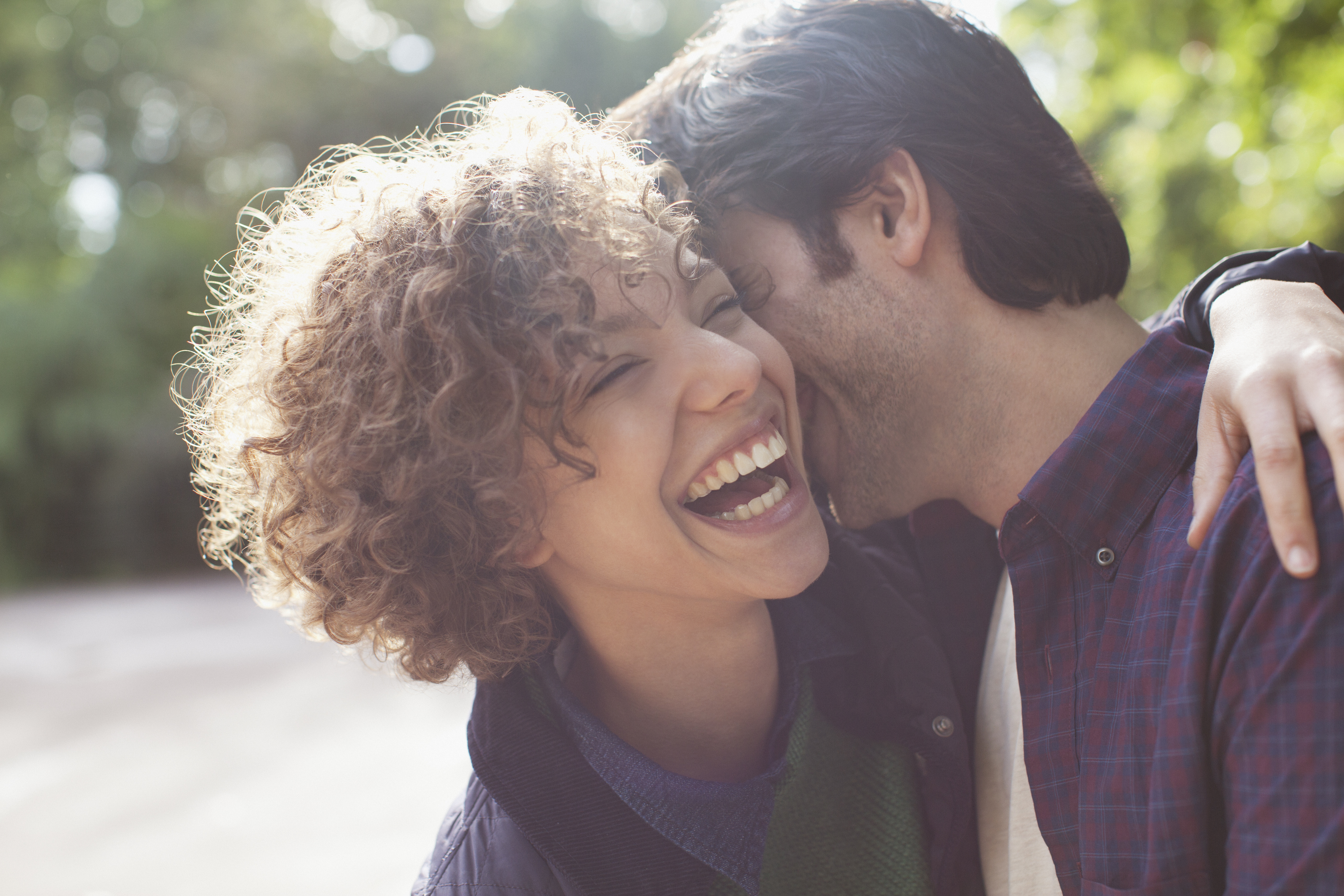 5. Fast and try not to overeat

Generally eating too many calories could shorten’s someone’s lifespan, as it could lead to obesity and therefore a number of ailments.

Scientists said in February 2020 that staying on top of portion control not only prevents weight gain, but reduces level of inflammation in the body.

These benefits at a “cellular level” could protect against age-related diseases, the Spanish-led mice study revealed.

Fasting is also touted as a way to improve health at a cell level.

After a review of evidence in 2019, Dr Mattson said studies have shown that this switch improves blood sugar regulation, increases resistance to stress and suppresses inflammation.

Intermittent fasting diets include the 16:8 and 5:2, both of which reduce the number of days, or hours, that you eat whatever you like.

A curry is bursting with spices that are linked with longevity of healthy years, from turmeric, chilli and ginger.

People who eat chilli peppers, compared to those who never do, have between a 23 and 25 per cent lower risk of death by any cause, cancer and heart disease. 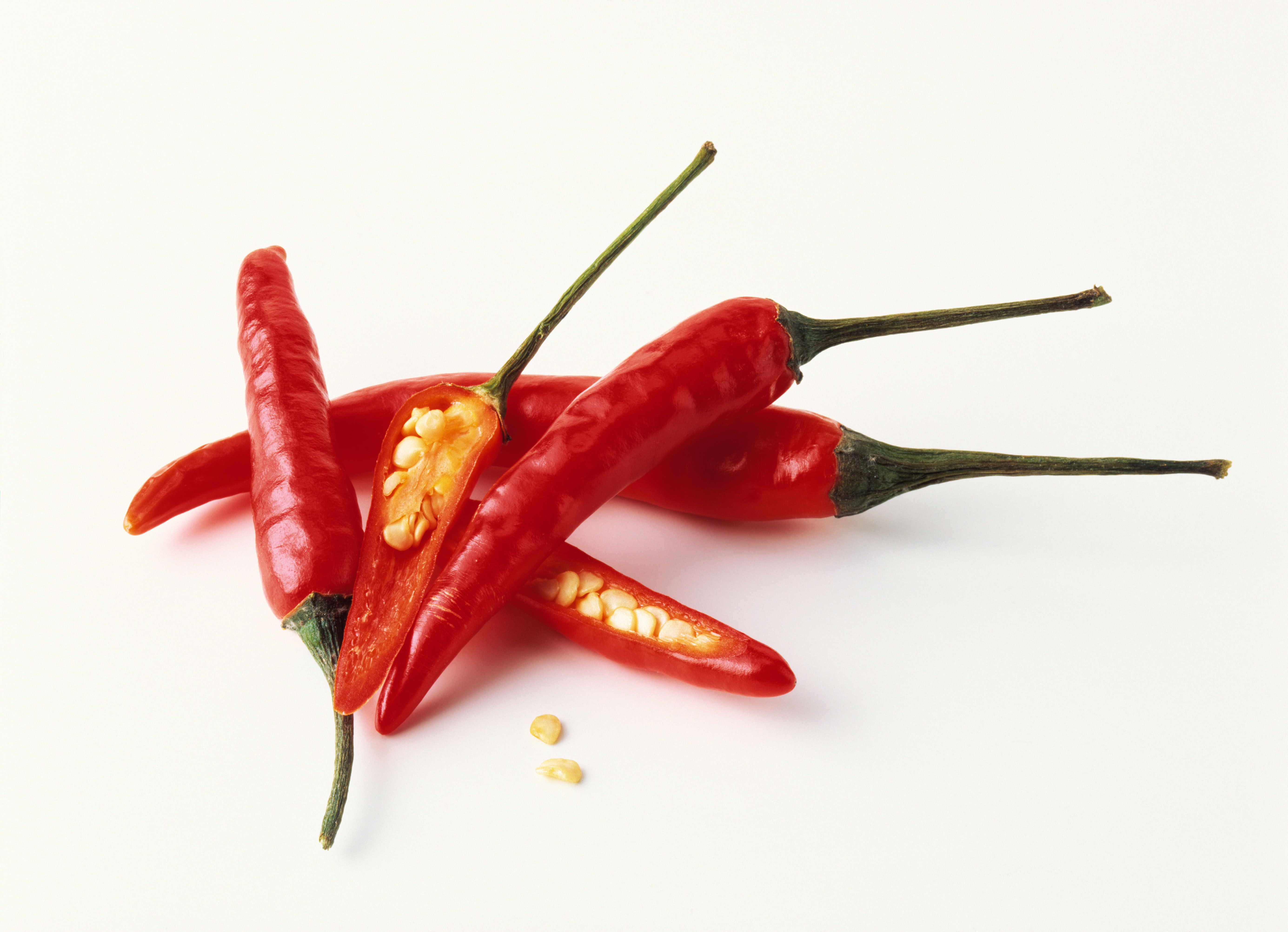 That’s according to preliminary findings based on 570,000 people across the world, presented at the American Heart Association's Scientific Sessions 2020.

The researchers said previous studies have found eating chili pepper has an anti-inflammatory, antioxidant, anticancer and blood-glucose regulating effect due to capsaicin.

If you drink several cups of tea a day, you’ll be glad to hear that it’s been shown to elongate life as well as prevent heart disease – especially green tea.

A 2020 study of people in China showed that those who drank tea three or more times a week were 15 per cent less likely to die over seven years, and had around a 20 per cent lower risk of fatal heart disease or stroke.

Researchers said it’s thanks to a compound called polyphenols.

Who knew being so leisurely could boost your health?

University College London researchers found in 2019 that by “engaging in the arts” – whether that be taking  a trip to the theatre, art gallery or a museum – can slash the risk of premature death.

It supported previous studies that people who enjoy the arts are more likely to live longer, which may be because it keeps their brains young.

We are always told to get at least eight hours sleep a night. But life – having kids, careers and seeing friends – gets in the way.

But if you’re serious about growing old, and keeping generally healthy, it’s time to hit the sack.

Research shows that regularly getting a bad night’s sleep can impact many systems of the body, and sleep deprivation drives obesity, high blood pressure, depression and more.

One analysis of data, in 2006, suggested that sleeping five or fewer hours per night may increase mortality risk by as much as 15 per cent.

However, another 2018 review of more than 36million people, from Flinders University, Adelaide, revealed there is no evidence insomnia or similar sleep problems affects mortality.

It seems while this may be the overarching finding, the impacts of sleep disorders can be devastating for some.

Alcohol use can lead to a number of potentially fatal health conditions, with the risk growing the more you enjoy booze.

A study in July 2021 showed alcohol consumption was linked to at least 11 cancers, on top of its links to strokes, heart attacks and more.

But isn't a glass of wine good for you in middle age?

Some studies have shown moderate drinking seems to be good for the heart and circulatory system, and probably protects against type 2 diabetes and gallstones, according to Harvard Health.

But it's easy to over do it. So if you're going to enjoy your favourite tipple, just keep in mind that moderation is key.