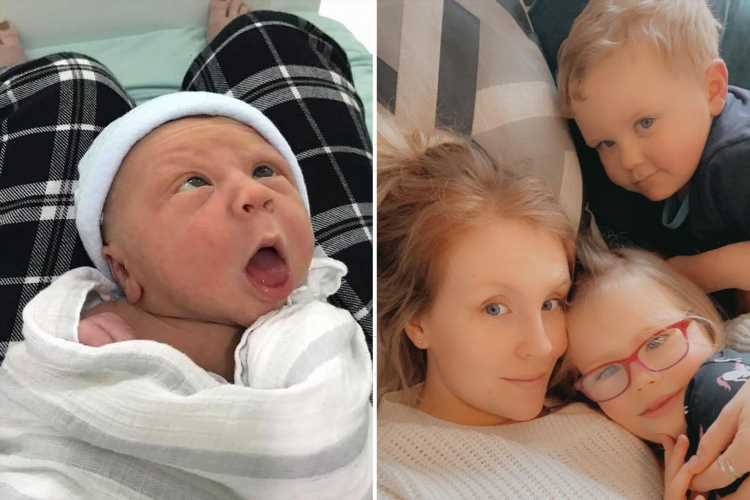 A mum has hit back at people who slammed her for calling her own baby ugly when sharing photos online of her baby 'before he grew into his own face' and looked like a 'garden gnome'.

Emily Crossan, from Rugeley, Staffordshire, says she was 'blinded by love' when her little Isaac was a newborn and didn't realise until she was looking through old photos how 'funny looking' he was at the time. 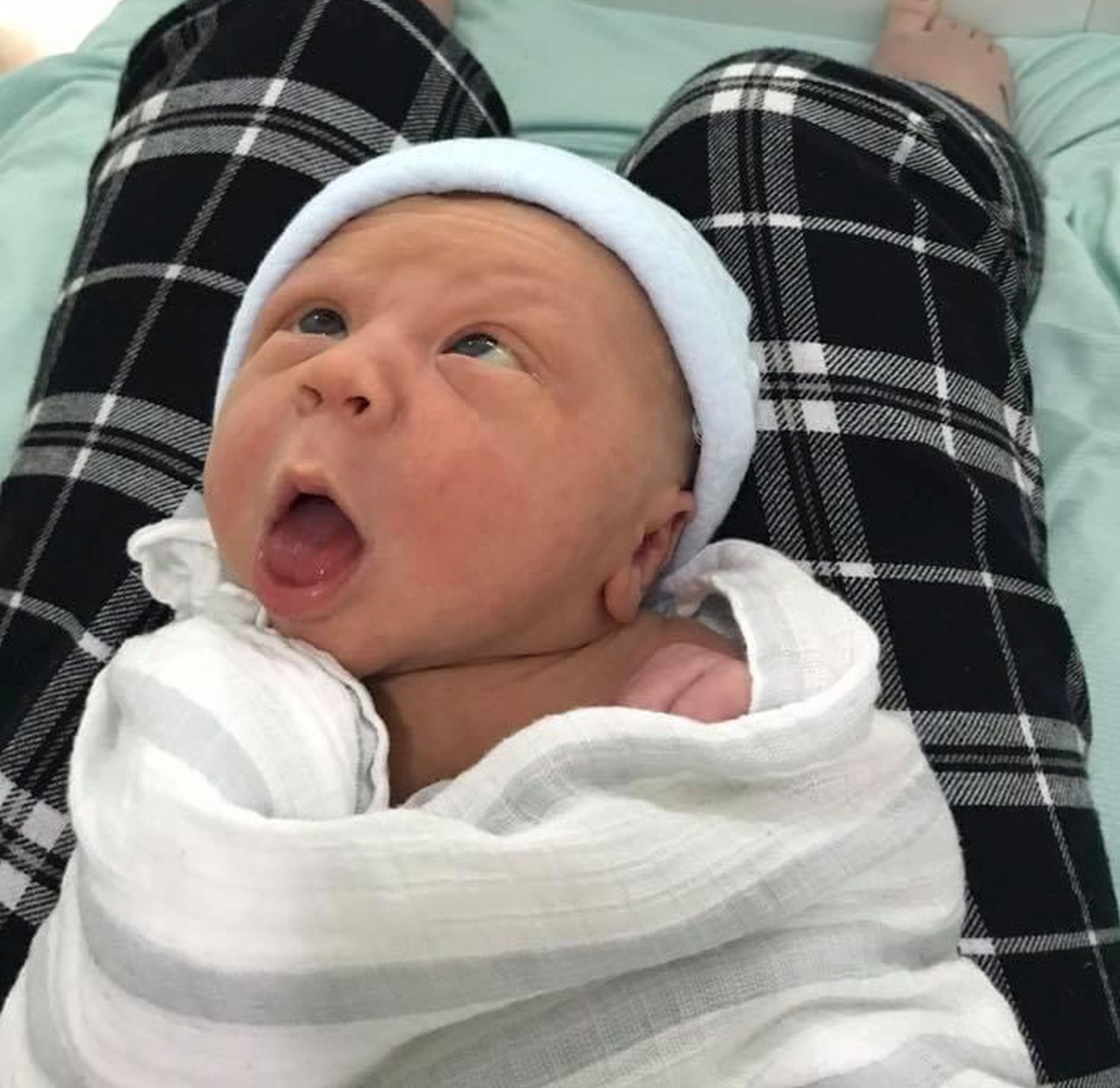 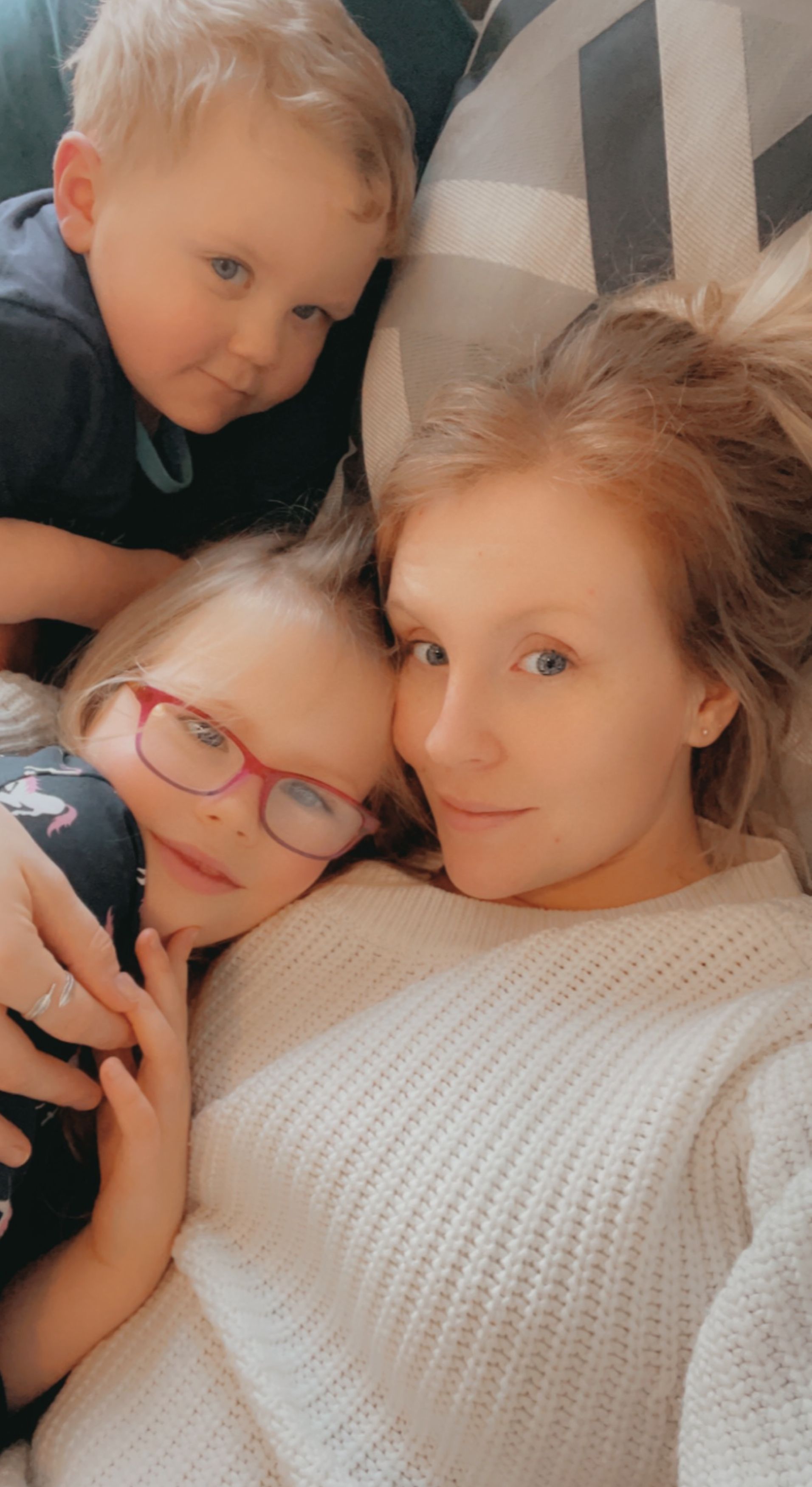 The 31-year-old mum to Isaac, now three, and his older sister Isabelle, six, shared the photos in a light-hearted post in a parenting group to give other parents a laugh at some of the ridiculous faces that the baby pulled.

One photo shows Isaac as a newborn rolling his eyes up to the ceiling with his mouth open wide and twisted – prompting Emily to say if he had a hat and fishing rod 'he could've passed for a garden gnome'.

However while most saw the funny side and added their own newborn snaps, some took offence.

One commenter branded the post 'disgusting' and said she was 'sticking up for innocent babies who get trashed online', sparking a debate in the comments that saw some brand her a 'triggered Karen' for her outrage.

But Emily shrugged off the criticism, saying that she loves her son 'more than anything in the world' and looks forward to laughing at the pics with Isaac when he's older.

Emily said: "At the time I thought he was the most beautiful thing in the world, a perfect little newborn.

"It wasn't until I was flicking through old photos recently that I thought 'what was I thinking!'.

"He was so funny looking and definitely not the most attractive baby in the world – I was clearly blinded by motherly love at the time.

"If you'd have given him a fishing rod and little hat he could've passed for a garden gnome.

"But he grew into his face and he's so different now, a proper little cutie."

The intensive care nurse is used to seeing 'funny-looking' newborns at work and so knows it's common and something they all quickly grow out of.

After spending the first six months of his life with a goofy look baby Isaac did grow out of his 'ugly baby' stage and became the cute little tot he is today.

He grew into his face and he's so different now, a proper little cutie

Despite this awkward early stage of life, polite family and friends never mentioned it to the doting mum, leaving her in stitches at the realisation now when looking back at old photos.

Emily said: "When he was very little he was very funny looking and as he got a bit older he just got chunkier.

"His dad was cute as a baby so it wasn't a hereditary look and he was born at full term so it wasn't because he was premature either.

"I see a lot of funny looking newborns at my job, it's just one of those things and they grow out of it.

"No one ever said anything to me about it at the time but they wouldn't dare would they.

"The older he got the more he grew into his face and by six months he had grown out of that funny-looking stage."

Seeing the funny side of baby Isaac's awkward newborn stage, the mum decided to share the old photos with other parents on Facebook.

Most people found the post hilarious and joined in, adding photos of their newborns in their 'funny-looking' stage, whilst others were not impressed.

One commenter was particularly offended and slammed Emily as 'disgusting' for calling her own 'innocent' baby ugly.

But other mums came to her defence, labelling the offended commenter a 'triggered Karen' and telling her to 'get a grip'.

Meanwhile others commented that all newborns look like 'swollen potatoes' for a while and calling them ugly doesn't mean they aren't loved.

Emily said: "I decided to post the photos in a parenting group on Facebook because I thought it was funny and just wanted to give other parents a laugh as well – it was just for a bit of a giggle really.

"Most people found it funny and were commenting saying all newborns are funny looking at first and as mothers we're blinded by love.

"A lot of people posted photos of their babies as well but there were some people who were quite offended by it.

"One woman posted saying 'how can you call your child ugly', saying it was disgusting and that she was standing up for all newborns who are ridiculed."

Despite the backlash, the devoted mum refuses to 'take herself too seriously' and urges others, especially parents, to learn to laugh at the little things as well.

Emily said: "I just don't take myself too seriously – it's my kid and I love him more than anything in the world. I'm sure when he's older we'll look back and laugh together about it.

"We're all in the same boat as parents and it's hard work so you have to see the funny side of things and be able to laugh about stuff because otherwise it would get too much." 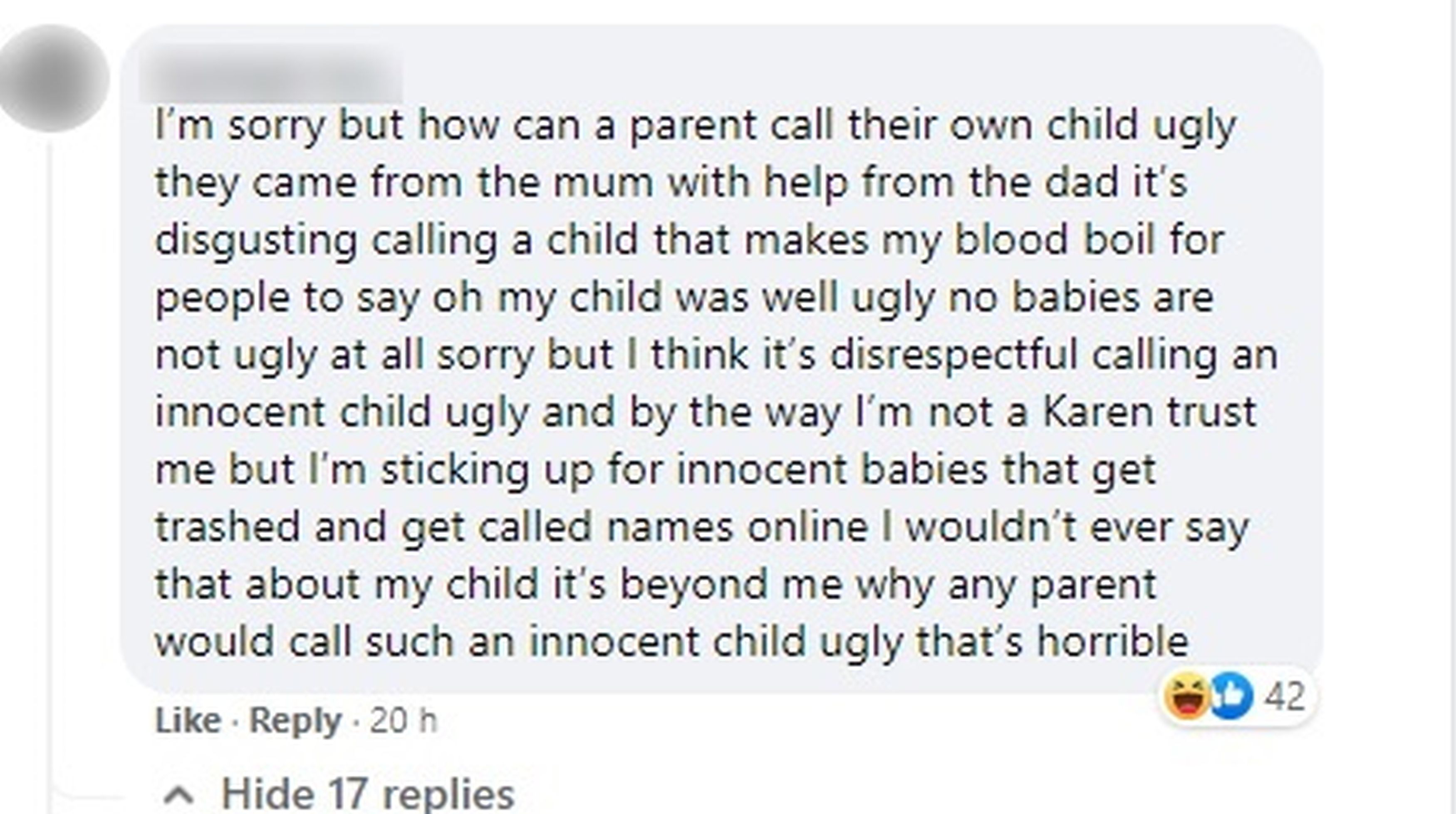 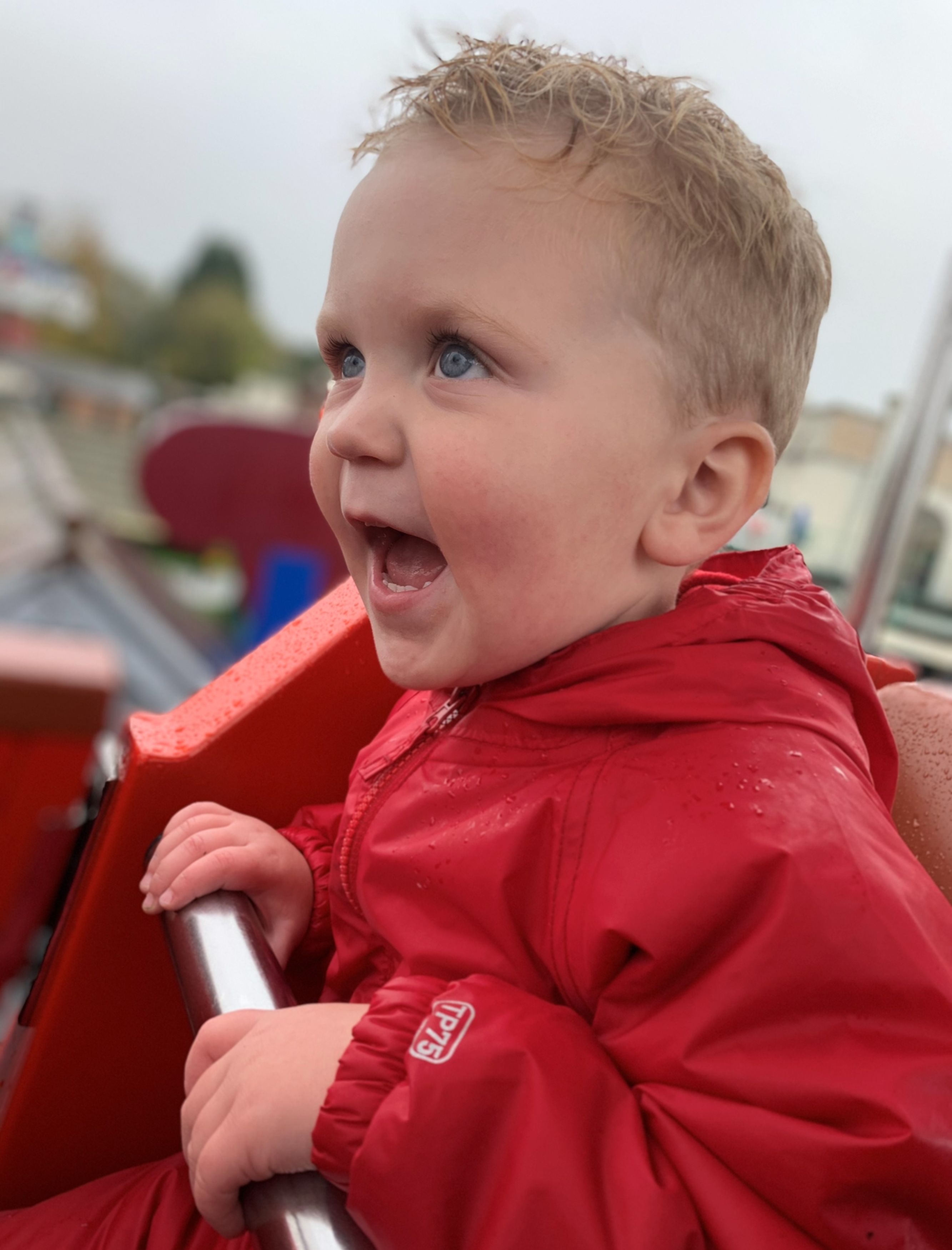 Meanwhile, Britain’s biggest family the Radfords gets even LARGER as parents-of-22 Sue and Noel announce new grandson is on the way.

And here is how the world’s biggest families are pals – with family-of-22 the Radfords visiting mum-of-16 Jeni Bonnell in Australia.