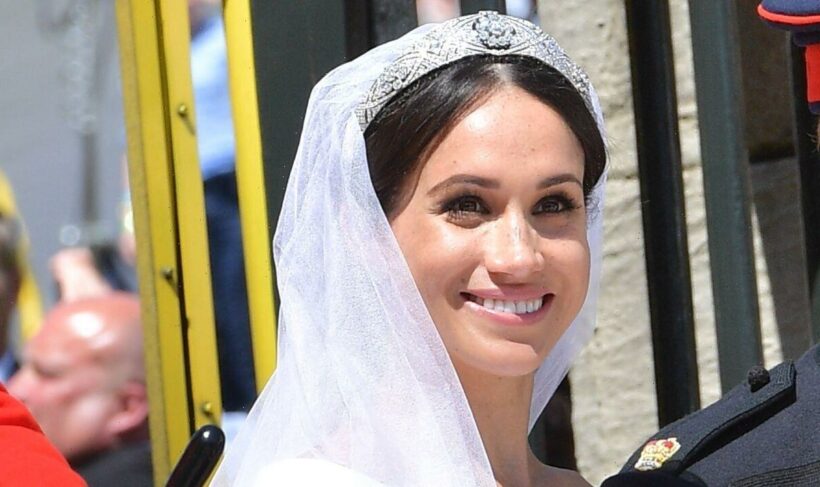 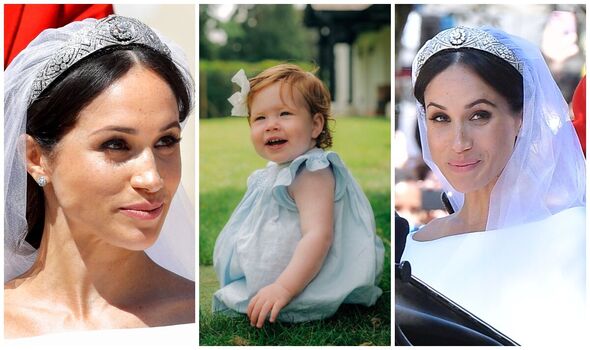 Lilibet Mountbatten-Windsor, one, is just a baby. However, when she comes of age and can legally marry, as a granddaughter of the King, she will have the option to wear a wedding tiara. Since royals are renowned to wear jewellery for symbolic reasons, Lilibet might choose to honour her ancestors on her wedding day by selecting one of three heartfelt tiara selections.

In tribute to her namesake, Queen Elizabeth II, Lilibet may wear the same tiara then Princess Elizabeth wore in 1947 to marry Prince Philip.

Queen Mary’s Fringe Tiara was commissioned by the Queen’s paternal grandmother, Queen Mary, so the piece has strong royal provenance.

The tiara originally started life as a wedding necklace gifted to Mary by Queen Victoria in the 19th Century, but Mary had it altered so it could also be worn as a kokoshnik-style diadem.

The tiara is famous for its striking spikes, and it consists of 47 graduated gem-encrusted bars of varying lengths, interspersed with 46 thinner diamond spikes.

If Lilibet wears Queen Mary’s Fringe Tiara on her wedding day, she would be the fourth generation of royals to wear the classic piece for their nuptials.

After the Queen, Queen Mary’s Fringe Tiara was worn by Princess Anne when she married Captain Mark Phillips in 1973.

Queen Mary’s Bandeau Tiara, another of the former Queen’s famous diadems, holds special significance to the Sussex family as Meghan Markle wore it when she married Prince Harry in 2018.

The Art Deco-inspired tiara is comprised of several diamond-encrusted sections on a flexible band, and it features a centrepiece that is actually a brooch.

The brooch was first gifted to Mary by the County of Lincoln in 1893 to mark her marriage to the future King George V, and the tiara was borne in 1932 to accommodate the piece.

In tribute to her mother and father, Lilibet may wish to wear the same tiara her mother wore for her own trip down the aisle.

As her granddaughter, Lilibet may choose to wear the late Princess Diana’s famous Spencer Tiara if she ties the knot.

An heirloom belonging to the aristocratic Spencer family, the tiara was worn by Lady Diana Spencer when she married Prince Charles in 1981.

The piece also became a firm favourite of Diana’s during her time as a member of the Royal Family.

It was frequently swapped with the Queen’s Lover’s Knot Tiara for royal engagements.

The Spencer Tiara has been worn by several Spencer women at their weddings over the years and, as a member of the Spencer family herself, Lilibet could also get the chance to wear it for her big day.

The tiara was most recently worn by a Spencer bride in 2018 when Diana’s niece Celia McCorquodale wore it to her wedding in Lincolnshire.

Diana’s niece Lady Kitty Spencer, however, opted not to wear the iconic gem for her 2021 wedding in Italy.

Another royal who may wear the Spencer Tiara if she marries is Princess Charlotte, the elder of Diana’s two granddaughters.