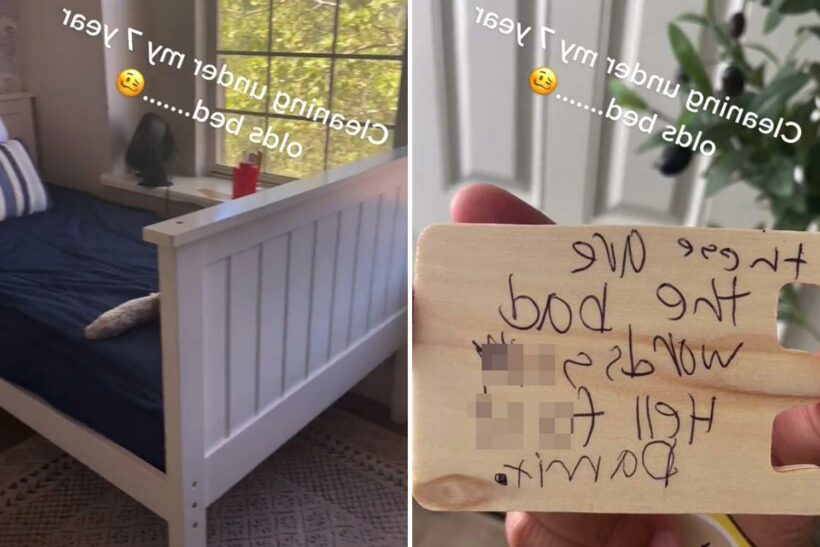 BEING a parent can be challenging at times and there are times that our kids leave us in tears – but the good kind.

One mum was left in stitches after cleaning her 7-year-old son’s bedroom and finding a hilarious note under the bed. 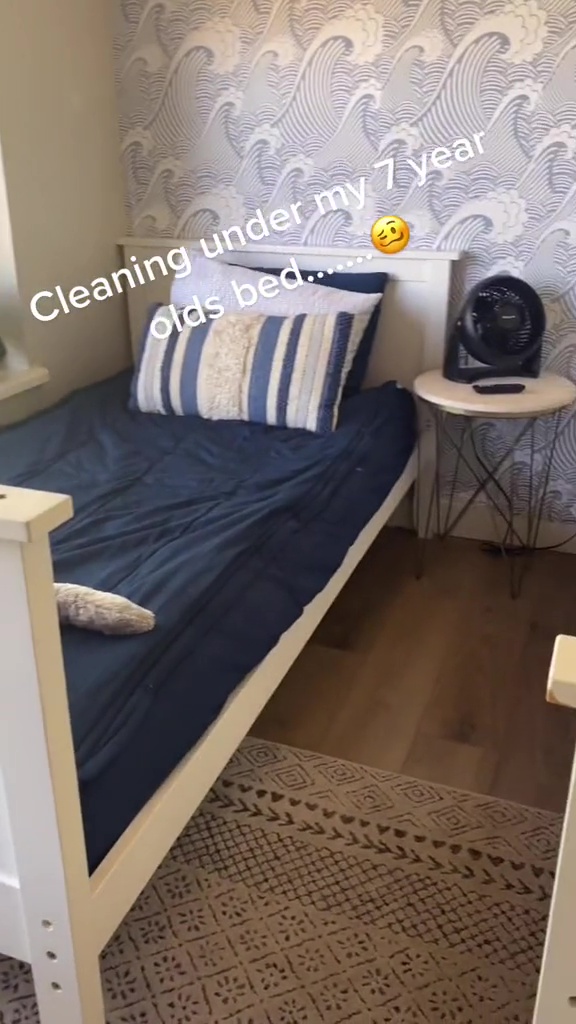 Marisa wasn’t met by monsters when she was cleaning under her son’s bed, but instead found a note scrawled with “bad words”.

Some of the words were cleaner than others, with “Hell” and “damit” (damn it) written on a wooden puzzle piece.

She was also shocked to see that her son had noted other bad words such as “f***” and “s***” scribbled on the note too.

The mum was torn over whether the note was hilarious or horrifying. 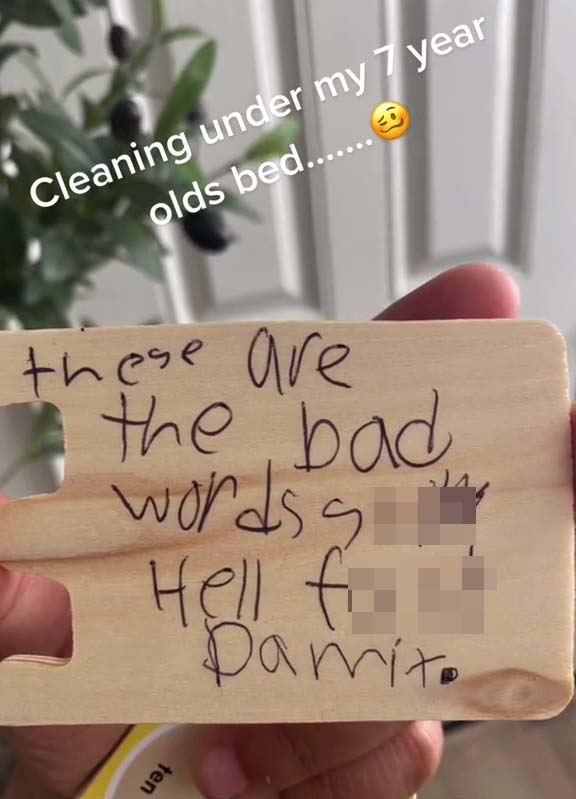 She turned the note over to find that her son had forgotten to finish his list, saying: “Wait… farthead.”

She captioned the video: “At least he can spell???”

The video sent TikTok into a laughing frenzy, with many of her followers seeing the funny side of the situation. 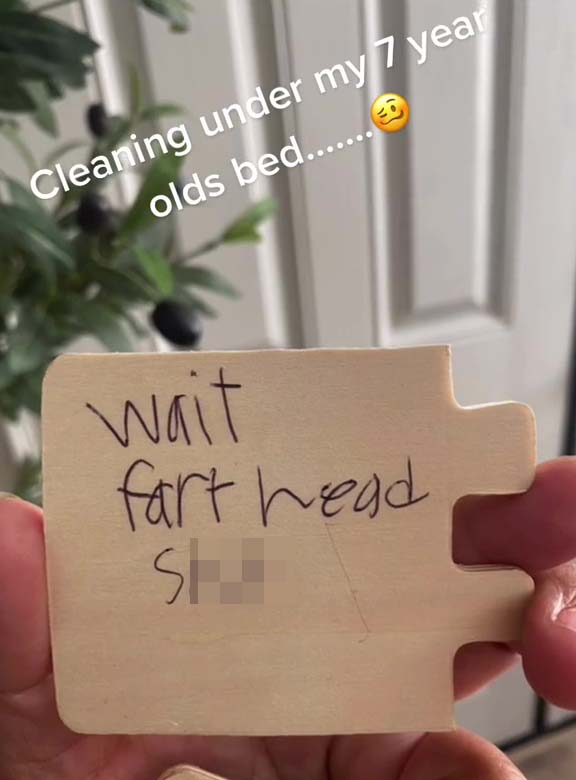 People flooded into the comments to share their joy over the boy’s hilarious note.

One user wrote: “I’M DYING, you gotta save this for when he’s older.”

Another commented: “Lol I wrote a note like this in 2nd grade and a classmate found it… and I was sent to the principle lol.”

Some even tried to make the best out of the funny situation.

One person said: “At least he isn’t saying them, just writing them down.”

Marisa replied: “That’s what I said! He can spell and it’s private.”

At least Marisa knows that her son has a talent for spelling, even if they are “bad words”.

Mum shares genius hack to get toddler to sleep in his own bed – but it left her partner terrified.

Woman left ‘trembling’ after finding hidden note about her family inside second-hand cabinet.