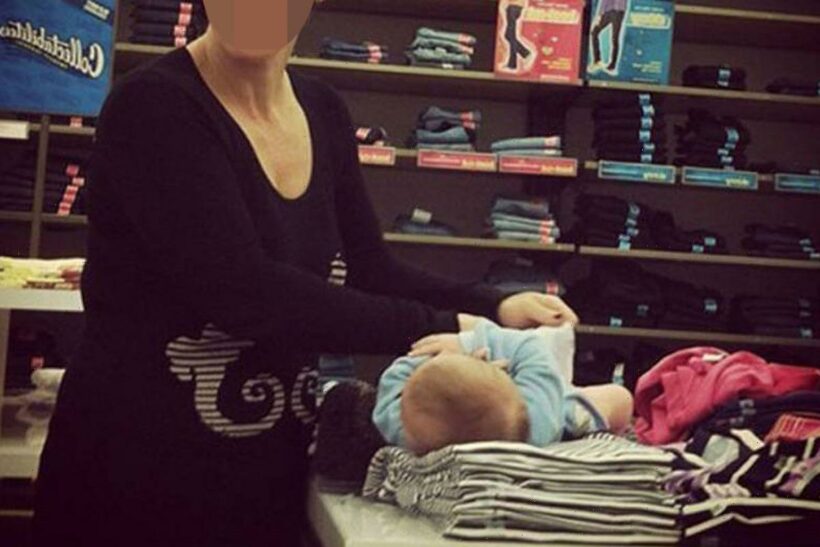 A MUM has horrified shoppers after she changed her baby on a clothes display – but she was offended when people started taking pictures.

The photo, which was shared on Reddit, captures the moment that the mum began dealing with her baby’s dirty nappy on top of jeans on sale in the US store, Old Navy. 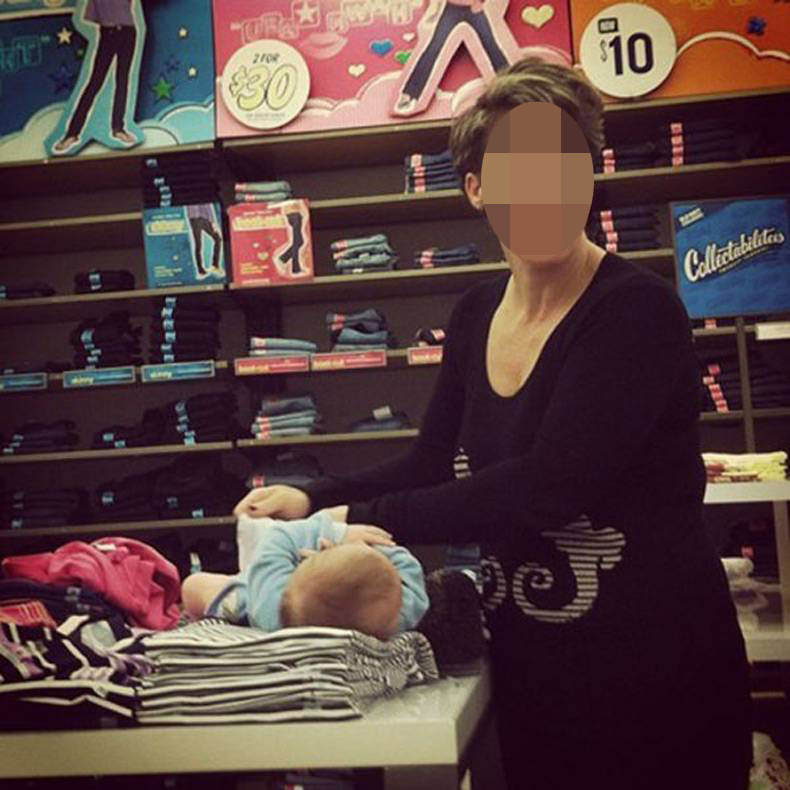 But rather than apologising for her actions, the anonymous woman appears to begin hurling abuse at other customers when they snapped her in action.

Sharing the photo on Reddit, the user wrote: “‘Taking a picture of me???’ – Woman changing her baby's dirty diaper on top of an Old Navy clothing display.”

Fellow Redditors were left outraged by the mum, sharing their thoughts in the comments.

One wrote: “People are so entitled.”

“You know she’s going to speak with the manager,” agreed another, while a third wrote, “I hope she had to pay for everything on that table!”

The video was shared on the subreddit r/Trashy.

The group has over 2.4 million members and is described as a place for "trashy stories, trashy glamour, all things fake, plastic and downright trashy."