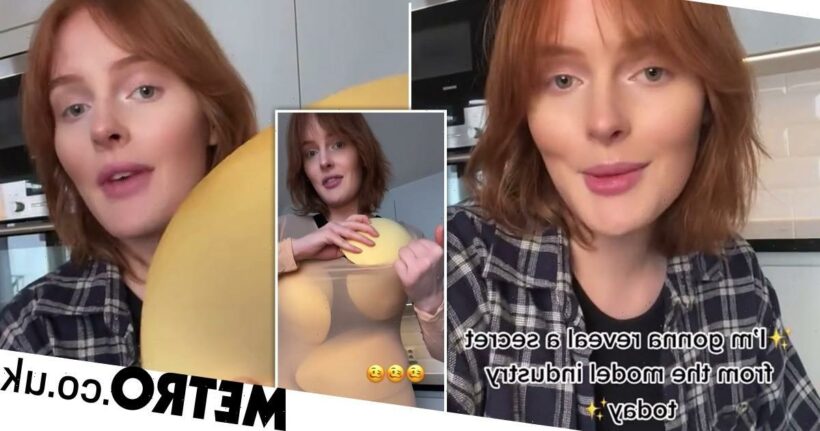 A model has shared a shocking (but unsurprising) secret from the fashion industry.

As she explains, this means she gets booked for plus-size photoshoots, sometimes for brands stocking clothes size 44 (UK 16) and up.

Bjørnelykke goes on to explain that, for these shoots, she would be expected to bring something called ‘padding work’: basically a broken-down fat suit.

‘You just stuff them in,’ she says, demonstrating, ‘which makes you look a lot bigger.’ 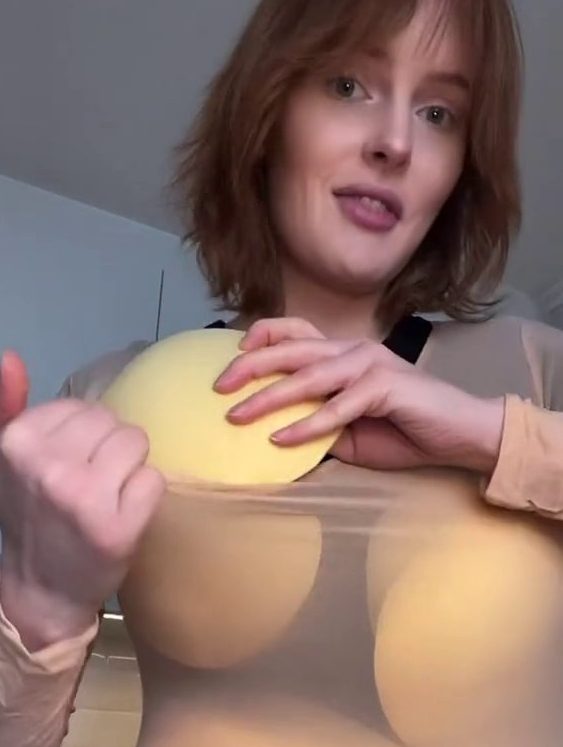 If that isn’t enough, she adds, you just pin everything in the back.

She says: ‘So, if clothes look really good from the front, they probably look like sh*t from the back. Why?’

She says the reason behind this is because brands want their models’ faces to look ‘slim and sharp’.

She finishes up by suggesting brands just use genuinely plus-size models for their shoots.

‘There are so many gorgeous plus-size women out there.’

The practice, while depressing, isn’t uncommon.

Brands have been known to pin clothes and ask models to wear padding to fit into plus size clothing for years.

In 2014, Refinery29 reported on the practice which was described as simply ‘a trick of the trade,’ due to its practical function of making sure clothes fit right, just like pins.

Back in 2019, ASOS was accused of (and subsequently denied) using padding on plus-size models on its website.

Still, the comments on Bjørnelykke expressed disappointment in the industry.

One woman said this video was a revelation: ‘I just realized how many times I have fallen for this, being ashamed of my double chin.’

Another said it shows how distant real representation is in the modelling industry.

However, some expressed anger towards Bjørnelykke for taking the jobs: ‘Don’t take the jobs if you think it’s ethically wrong,’ one person commented.

‘You’re contributing to the issue by taking the job.’

However, Bjørnelykke explained that the choice isn’t always that easy.

She replied to the commenter: ‘I did a couple of these many years ago when I just got signed with an agency in NY and had a contract obligation, but I refuse to do them now because I think it’s ethically wrong and I don’t desperately need the money.’

She added that models are at the bottom of the rung in terms of power, and said she shared the videos to help consumers make more informed decisions.

The video highlights that so much more work needs to be done in terms of real representation for plus-size women, not only in the modelling industry, but the fashion industry at large.