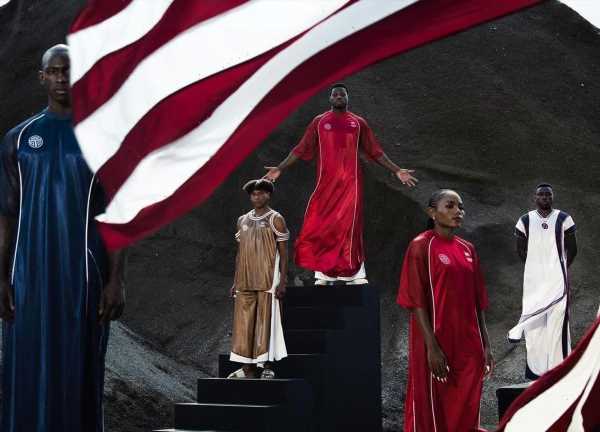 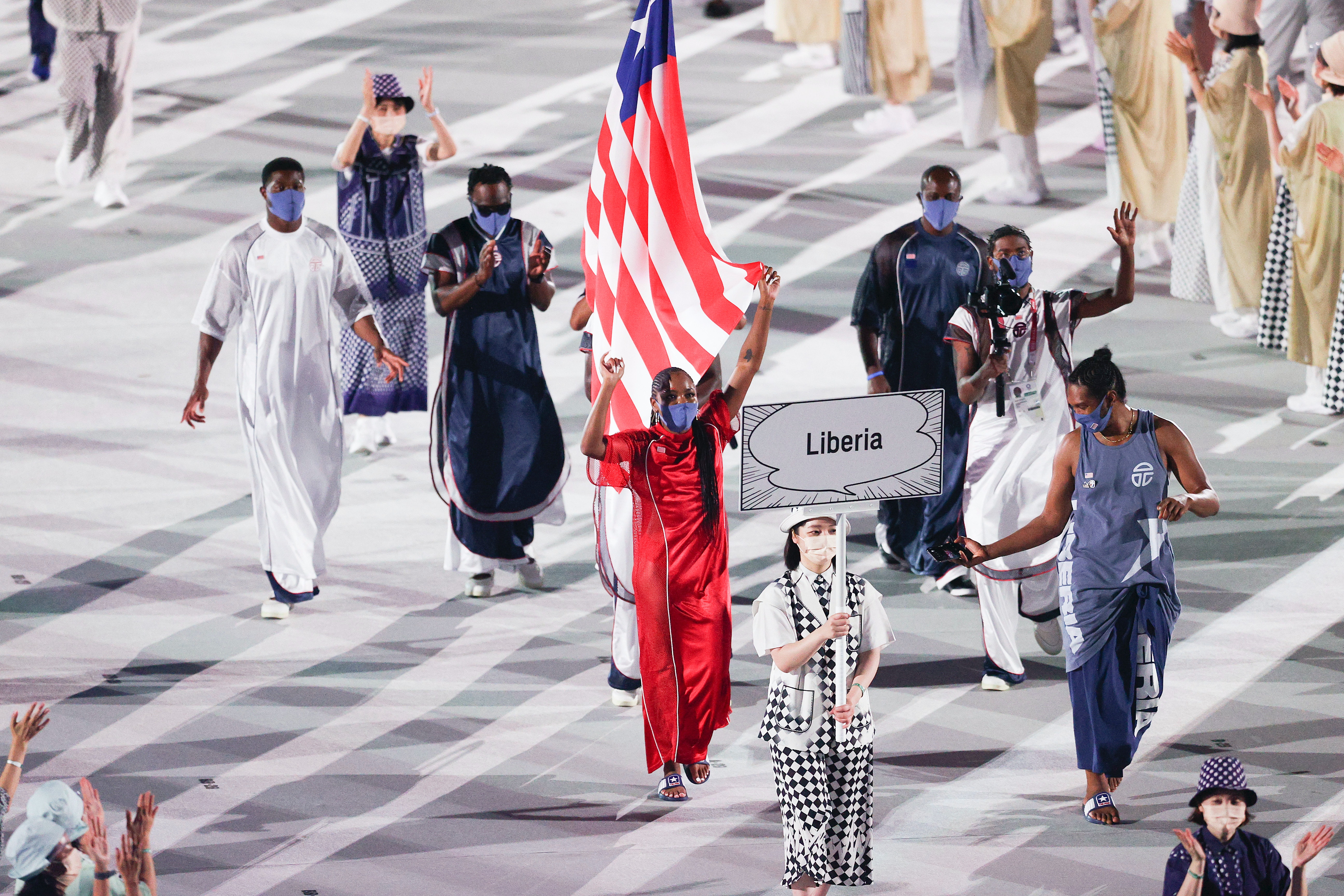 The Olympics opening ceremony can be hit or miss, and especially after the pandemic’s delay of the 2020 Summer Olympics in Tokyo to summer 2021, not many have anticipated the pomp and circumstance this year to be that much fun. But with the promise that this year’s festivities would feature the likes of Hello Kitty and Mario (the plumber), it was hard to not be at least a little bit excited. And even more exciting than those kawaii appearances was the news that Telfar Clemens, the Liberian-American designer behind the mononymous label Telfar, would be designing uniforms for the Liberian.

This Olympic debut doubles as a runway show for Telfar, who has not shown a collection since just before the pandemic started at Pitti Uomo. With just three athletes competing for the nation—Ebony Morrison, Joseph Fahnbulleh, and Emmanuel Matadi—the Liberian Olympic team arrived in Tokyo’s Olympic Village wearing Telfar’s first collection since the Covid-19 pandemic began. The long draping fabrics, open-shouldered tank top, and track pants—all signature’s of the brand—were included in the opening ceremony looks.

The Olympic team uniforms aren’t always this stylish. The United States uniforms are designed by Ralph Lauren, and their 2012 renditions of the Olympic outfits were not well received. It is rare that a country takes a risk when designing uniforms that will be seen around the world. But when everyone, including Beyoncé, continues to scramble to get their hands on one of the designer’s shopping bags (also dubbed the Bushwick Birkin), it’s hard to imagine that Telfar wasn’t going to pull out all the stops for Team Liberia. According to Matadi, it was his girlfriend’s obsession with Telfar’s bags that gave him the idea to ask the designer to make the Liberian team’s Olympic uniforms.

The brand’s slogan is, “It’s not for you—it’s for everyone.” In sticking to that ethos, some of the pieces debuted at the Olympics will be released for the general public to purchase a little bit of Telfar’s Olympic collection, alongside more athletic-inspired pieces later this year.