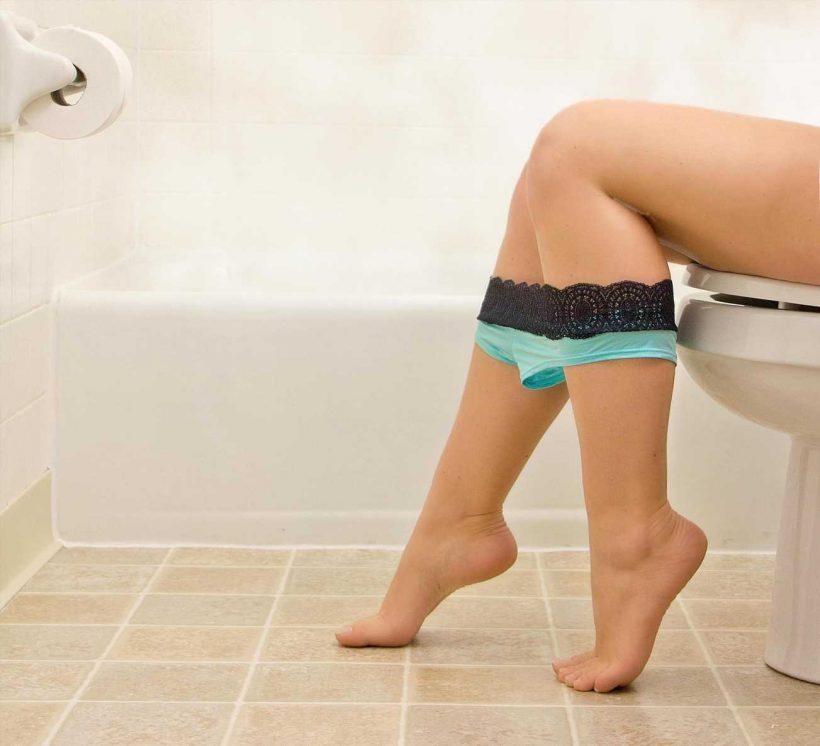 THE MAJORITY of women are likely to see some blood in their knickers outside their period at some point in their life.

Usually it’s nothing to worry about, and the result of something like the pill, pregnancy or stress. 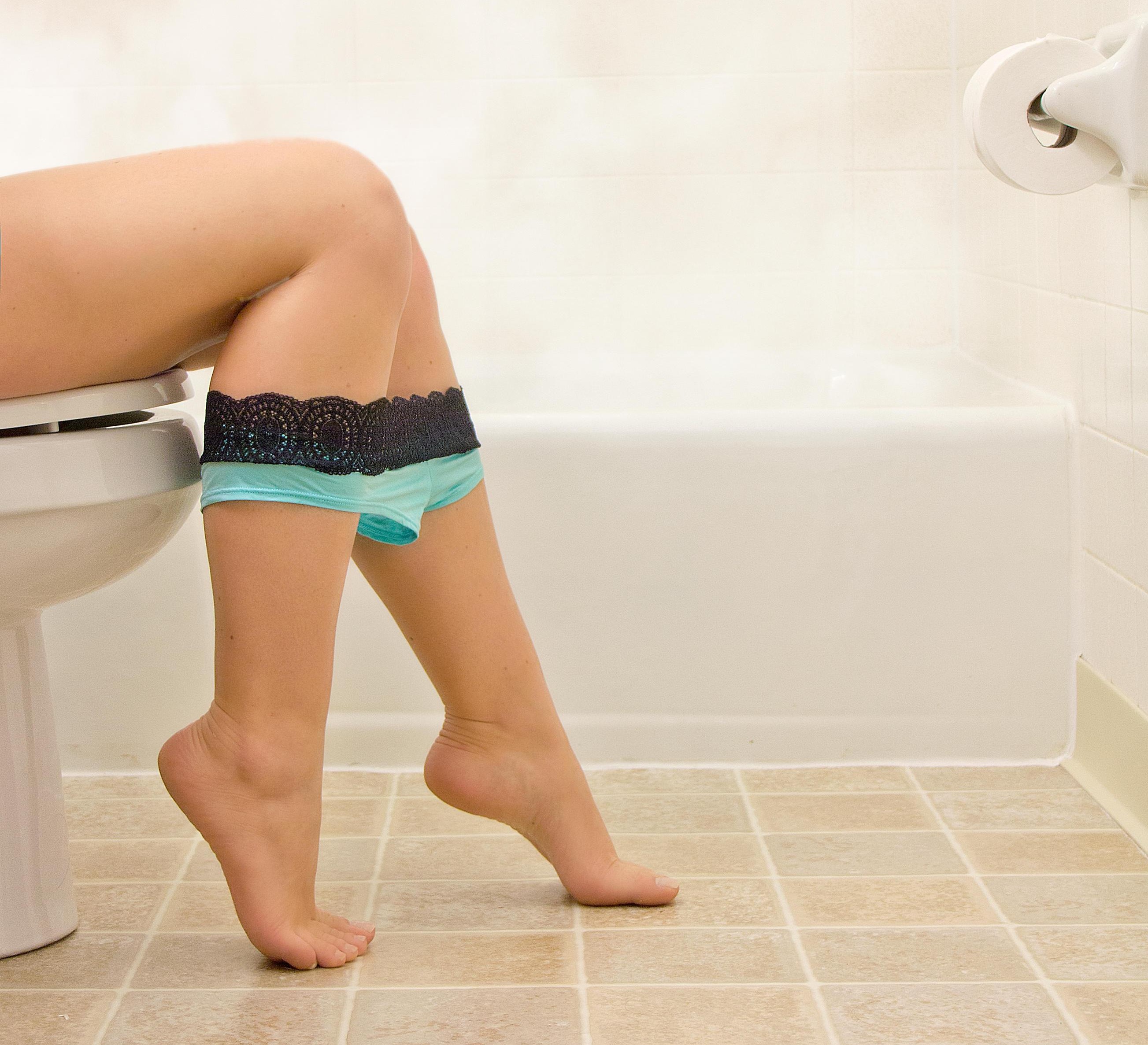 But it should be checked out with a doctor because it could be the sign of something more sinister in rare cases.

Dr Sarah Jarvis, GP and Clinical Director of Patientaccess.com, said: “Spotting tends to be more common when you’ve just started having periods and probably up to one in 30 women have spotting around the middle of their cycle, when they ovulate.

“Spotting can also become more common as you move towards the menopause.

"Periods around this time become more erratic as you stop ovulating regularly and bleeding may change.”

Dr Jarvis said unless you’ve been told by your doctor that you don’t need to worry – for instance if you’ve just had a hormonal coil inserted – spotting should always be checked out.

“There are lots of non-worrying reasons for spotting – for instance, it’s very common if you’ve just changed your oral contraceptive pill, or if you’ve missed one or more pills.

“However, it can occasionally be due to sexually transmitted infection or even cancer.”

Unusual vaginal bleeding could be the sign of something that urgently needs treating.

Sexually transmitted infections (STIs) could be the cause, including chlamydia and gonorrhea.

And sometimes these STIs can go on to cause pelvic inflammatory disease (PID) – an infection of the genital tract, including the womb, fallopian tubes and ovaries.

The symptoms of PID also including bleeding between periods, as well as painful or heavy periods, pain around the pelvis and lower tummy, during sex and when weeing.

It's a good idea to get tested if you've recently had unprotected sex with a new partner, the NHS says – and always remember condoms are the only way to prevent STIs spreading.

Stress can cause a change in periods – the length, the heaviness, and spotting.

A part of the brain called the hypothalamus controls hormones in the body.

If a woman is stressed, the hypothalamus can decide to stop periods as an indirect way of preventing pregnancy.

The Covid pandemic has been a large-scale example of how stress and anxiety has caused women’s periods to go haywire.

Generally stress can have a huge impact on many systems of the body.

You’d be right to say that pregnancy halts all bleeding from down there.

But there is a stage during early pregnancy when a woman can experience light bleeding.

It’s caused by a process called implantation – when the egg attaches to the uterus in the womb.

The blood may be pink to brown in color, light, and could be accompanied by mild cramping.

There are several other causes of bleeding in pregnancy, and the NHS says you should always immediately call your midwife or GP if you experience any bleeding, just to be on the safe side.

Dr Jarvis said: “Spotting may settle on its own but it should always be checked out as it can signal a threatened miscarriage.”

A miscarraige is when a pregnancy ends before the 24th week.

It occurs in around one in five pregnancies, sometimes for no reason at all and often without a woman even realising.

A miscarraige can cause bleeding, cramping, discharge of tissue and fluid.

Any of these symptoms should be checked with your GP.

Bleeding as well as feeling sore around the vagina are some symptoms of “vaginal dryness” – a problem that can plague a woman at any age.

Vaginal dryness can occur due to breastfeeding, the menopause, the contraceptive pill or antidepressants.

The NHS says you must see a GP if you have unusual discharge or bleeding from your vagina, and if you are bleeding after sex or between periods.

Vaginal tears can also occur if you have sex without lubrication. Sometimes the vagina is also too dry to use a tampon.

Polycystic ovary syndrome (PCOS) is a condition that affects around one in ten women.

One of the key signs is bleeding between periods or irregular periods, alongside excess body and facial hair, acne and weight gain.

The condition is caused by an imbalance in hormones, leading to problems in the ovaries where eggs are released.

If you’ve recently changed your contraceptive, spotting is quite normal.

It’s the body’s way of adjusting to a new hormonal medicine.

Dr Jarvis said: “If you’ve recently had an IUS (a hormone-releasing contraceptive coil) inserted, your doctor will probably tell you not to worry about spotting, as it’s common in the first few months after it’s inserted. 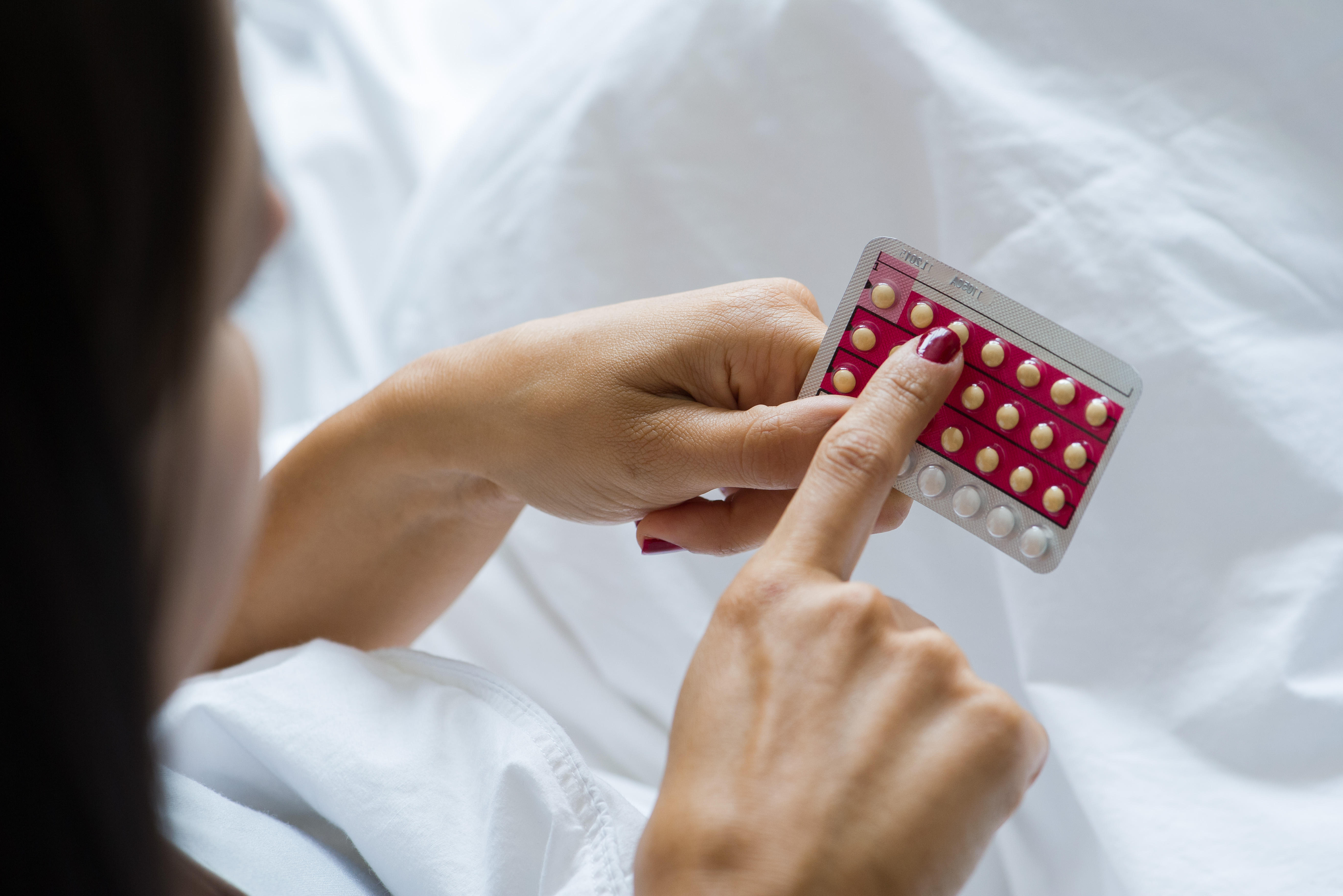 “Spotting can also happen in the first few months after you start a new contraceptive pill and in some women taking the progestogen-only pill (often called ‘the mini pill), spotting persists.

“Likewise, using the contraceptive implant can lead to spotting – this may not settle and it is a  relatively common reason for women asking to have their implant removed.”

GPs will conduct a check-up when you change contraceptives to see how you are getting on – or you can book in if you are concerned about the side effects.

Although very serious, one of the more rarer reasons for bleeding between periods is cervical cancer.

Particularly bleeding during or after sex is a sign of the killer disease, and is cause to immediately see a doctor.

They will get you the tests you need to rule out cervical cancer, diagnosed in 3,200 women every year in the UK, including those in their 20s.

Generally, make sure to get regular smear tests for cervical cancer for free on the NHS programme, offered to women over 25.

Bleeding that is abnormal for you is actually a key sign of womb cancer, diagnosed almost 10,000 times every year.

Most women diagnosed with this cancer are in their 70s, and would have gone through the menopause.

Any bleeding outside of the menopause is a reason to see your GP.

Similarly vaginal cancer – which is rare in those under 40 years old – causes bleeding between periods and occasionally bloodstained discharge.

And vulva cancer, affecting the outside genital area, is diagnosed in older women.

Getting cancer diagnosed early is key to survival, and so it is always worth going to the doctor if you have symptoms.