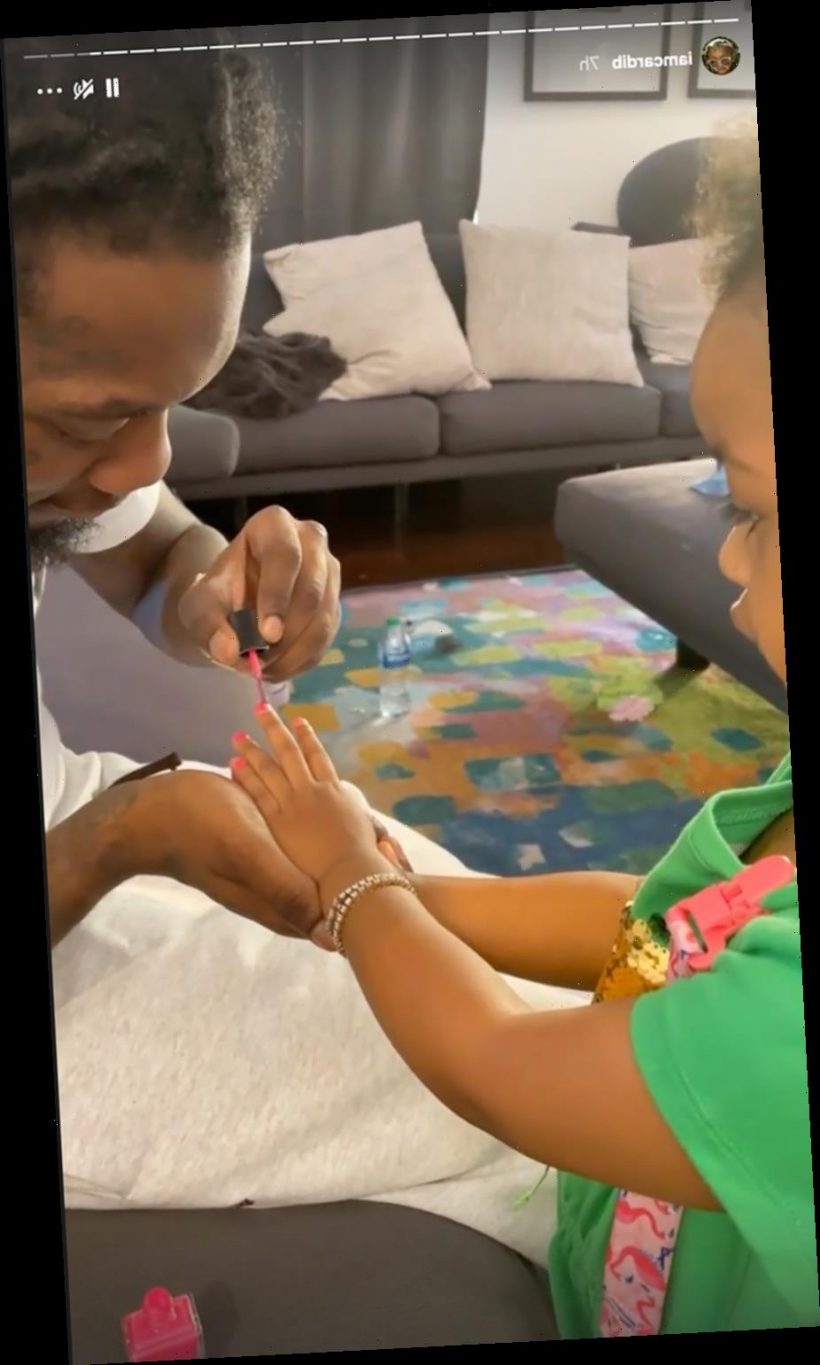 The rapper showed off his home-manicure skills in a video Cardi B shared to her Instagram Story.

“He be entertaining her shenanigans,” she wrote on the video, which shows the couple’s 2-year-old daughter Kulture smiling as her dad paints her nails hot pink.

“Is that pretty?” Offset asks, prompting a smile and a nod from his little one.

The Deadpool actor is a man of many talents, as wife Blake Lively boasted in a clip of him coloring her hair while staying home amid the COVID-19 pandemic.

“That time I f*d my hairdresser,” the mom of three joked in her Instagram caption.

The country singer also pitched in to help his wife touch up her roots at home.

“This is going to ruin everything I’ve worked towards in my image,” he joked during the styling session.

“I’ve been cutting my own hair — and coloring hair as well. I’m a jackass of all trades at this point!” Paisley, 47, told PEOPLE, revealing he’s been cutting his own hair “off and on” since college.

The soon-to-be father of three practiced a new type of strength training off the football field: doing 3-year-old Sienna’s hair.

Wilson brushed back his daughter’s hair as wife Ciara cheered him on behind the camera. “Daddy’s doing so good,” she exclaimed.

For her part, Sienna assisted her dad in the process, offering him some guidance, holding on to her pink bow and then her ponytail as he finished up her new ‘do. The country singer is apparently a brow expert! His wife, Lauren Bushnell, told PEOPLE, “Chris tints my eyebrows for me. I will say, he has a hidden gift for makeup too, we just don’t know it.” Of course, we all know Pratt is the king of hidden beauty talents, famously doing the best French braids in the business. The Arnold’s son Patrick bravely let the former bodybuilder style his hair with a pair of clippers in one hand, giant shears in the other, and a cigar in his mouth for that authentic old-school barber feel. Though he made a name for himself as a rough and tumble action movie star, Sly actually got his start in the family business working as a hairdresser before booking his first breakout role. Likewise, while Renner is now the latest face of the Bourne franchise, he once made a living serving face as a makeup artist. He said during an interview at CinemaCon 2012, “I could do makeup because I did theater… I could paint and I could draw, so I’m like, ‘OK, I’ll do makeup on girls all day’… It bought me a lot of free time to go audition when I needed to because I only had to work a few hours a week. I didn’t have to wait tables, so it was actually a great gig.” Turns out the actor isn’t just magic on the dance floor, he’s also magic in the nail salon, giving his (now ex-) wife Jenna Dewan Tatum a pedicure in honor of Mother’s Day. And he doesn’t just paint nails, he also takes a very hands-on approach to making sure they’re dry. Sure, this is from ‘N Sync’s video for “Gone,” but we’d still like to believe JT recreates this moment for his wife Jessica Biel on a regular basis.