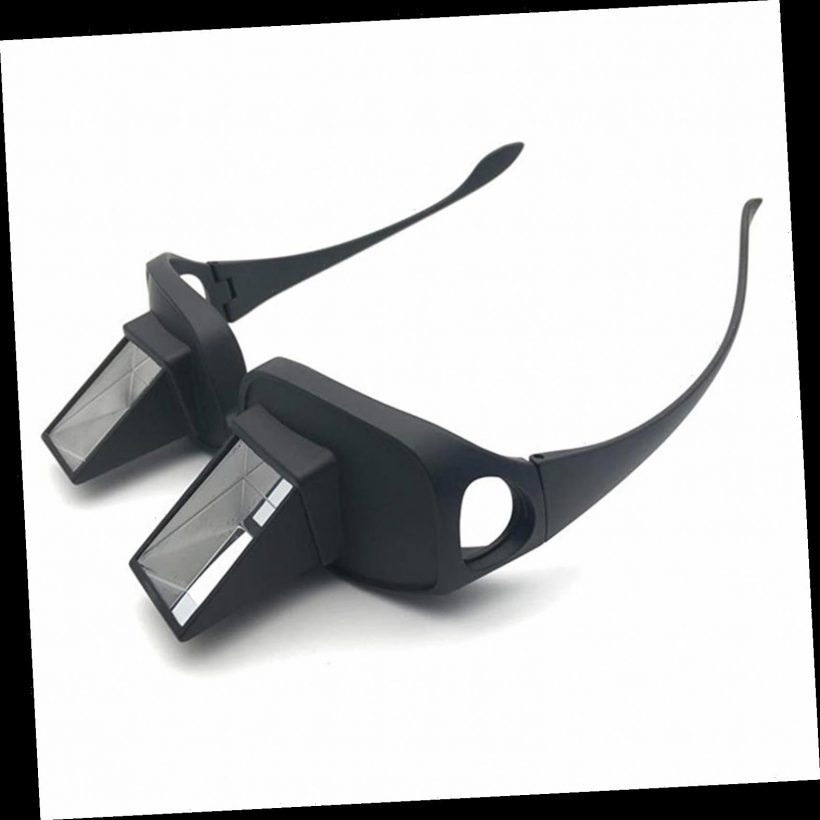 TikTok has gifted us with more than we could ever ask for — viral watermelon-cutting contraptions and popcorn bowls that ensure every kernel is cooked are just a few of the popularized hacks and gadgets that make our daily lives so much easier.

The latest viral hit is no different (though it is a bit more off the cuff than most of the others featured). A pair of mirrored glasses built to be used while laying down, appropriately dubbed "lazy readers," have garnered quite a bit of praise recently.

It started with @evangeixnaa's post about the glasses, which has received more than 80,000 likes and close to 1 million views since Monday, January 25. The video shows how you can use the eyewear to read or watch television while lying down without having to prop your head up with pillows. This occurs thanks to the mirrored lenses that, according to the brand, "turn your view into a 90-degree angle," so that you don't need to move your head or neck.

Quickly after that video was posted, a slew of other reviews followed, including one from @dazethesekids, who got their boyfriend a pair and hilariously showed the glasses in action.

The TikTok praise seems to be warranted based on Amazon reviews that echo similar sentiments. More than 1,000 shoppers, often citing comfort and functionality as impressive characteristics, have given the $14 spectacles an average 4.3-star rating.

Along with reading and streaming shows, these glasses could come in handy for work hours, too. After all, who doesn't want to spend their time working comfortably while lying in bed? Imagine finishing up some spreadsheets or calling into a meeting while horizontal. Now that's what WFH is all about.

Great to have in your home, the glasses also make for a goofy gift that everyone from your grandpa to your girlfriend would enjoy. And witnessing the spectacle of these spectacles will give you just as much entertainment.  There are several "lazy reader" glasses options available at Amazon, but you can shop the most-reviewed and best-rated ones below.