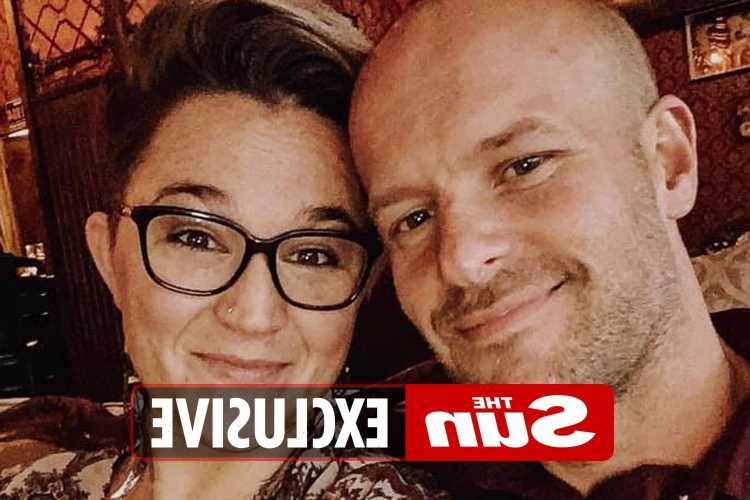 A MARRIED couple with two kids said the secret to their happy marriage is dating OTHER people.

Jessica Levity, 35 and Joseph Daylover, 40, were monogamous for years until a pal mentioned polyamory – having multiple partners. 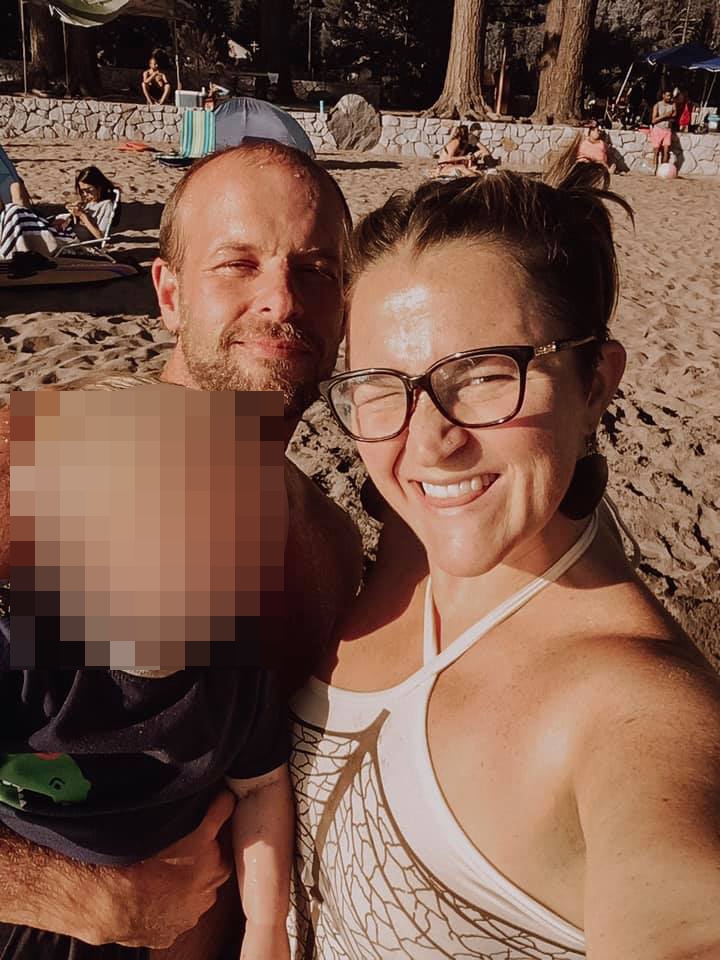 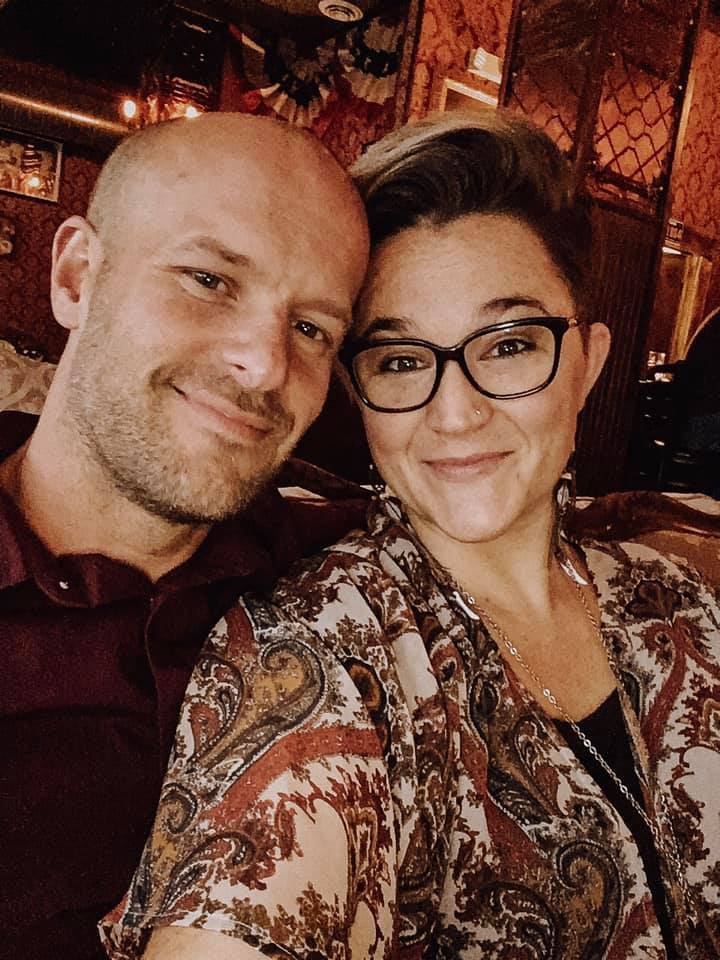 She convinced her soon-to-be husband to give it a go just before their wedding – and they've been dating other people ever since.

Eight years on, producer Jessica and university lecturer Joseph said it's the "best decision" they ever made – and they even go on double dates.

They both often date multiple people outside their marriage at one time – dedicating a night a week each where they can let loose away from home.

The loved-up couple have had around 20 other boyfriends and girlfriends between them – and once even shared the same girlfriend.

Jessica is dating boyfriend John Poster, 38, a computer engineer, girlfriend Toocha Rose, 38, a fitness instructor and marketing director, and girlfriend Kayci Lynn, 24, a birth doula – as well as being married to Joseph.

The couple from Reno in Nevada, USA, who have two children, Azlan, three, and Lucius, four months, said they can't imagine being monogamous ever again and consider dating others "a form of self care".

Jessica said: “I had no idea what polyamory was until a friend mentioned it – but as soon as I learned it was a thing, I realised it was exactly what I had been looking for.

“I’m married to my best friend and we are raising our children together, as well as exploring connections with others. We live in domestic bliss.

"Whoever said you can’t ‘have your cake and eat it’ clearly didn’t have enough cake!"

Joseph added: “It’s not just about dating other people – for us, it’s very much about our mental health and making sure the other’s needs are met.

“We work as a team and try to make sure each of us has one night to themselves every week to take a break from parenting as a form of self care – we consider that a priority.

"But our more serious partners very much become part of our family and we are happy to make room for that – it all contributes to a more harmonious family life.”

Jessica and Joseph met in 2009 while doing community theatre shows and were monogamous until 2013.

Friends revealed they were trialling a polyamorous relationship and despite never hearing about it before, Jessica said she "knew instantly" it was for her.

She said: “Discovering polyamory lit a fire in me. It felt like I’d discovered an important part of my identity and gave me a new zest for life. Everything felt like it made sense all of a sudden.

Joseph added: “It took me a little longer to come around to the idea – but I can’t ever see us going back now.”

Jessica and Joseph often meet other partners via dating website OkCupid, which they explained is their favourite – as it allows a user to select a 'non-monogamy' filter when browsing through members.

The couple spend evenings away from each other to go on dates and meet up with other partners, ranging from casual dates to regular partners, and full-blown romantic relationships which lead to falling in love and "could be life-long".

They've comforted each other through tough breakups with others, even shared a girlfriend, and see their other partners as part of their own family – so much so that they would even be open to their spouse's other partners moving into their home.

Joseph explained that at the start, being open with Jessica about their other relationships was a struggle – but he quickly grew accustomed to their lifestyle.

He said: “At first I wouldn’t want to know details of what Jessica was doing, but our relationship developed into what is known as a ‘kitchen table’ style.

“What that means is that we're friendly with each other's partners – they’ll come over for dinner or help with childcare.

"It’s a very communal lifestyle and it contributes to a harmonious family life.

“Jessica and I are in a secure, loving relationship and think of ourselves as ‘life partners’, and we could never see the other being replaced in that role.

"It’s just that our relationship allows us to experience deep and meaningful connections with others as well."

Jessica said they're very open with their young children about when they go on dates and their other partners, and will continue to be as they grow up.

They don't feel anything they do is that different to raising children in a monogamous relationship, she explained – and even break-ups that occur between them and other partners is no different to a friend or family member growing distant or moving away.

The parents hope that by exposing their children to their relationship model from a young age, it will help to educate them on the different kinds of human connections that are out there.

She said: "We want to teach our kids how to communicate, draw clear boundaries, advocate for what you want in a relationship, and how to recognise when a relationship has run its course, like you might have to with a friend, for example.

"They can choose whatever relationship model they want – and we want to teach them to live a life that is natural to them, rather than what our culture and society says is 'right', or 'rational', or 'proper'."

They both reckon it's good for their own mental health and gives them a much-needed break from hectic family life.

We want to teach [our kids] to live a life that is natural to them, rather than what society says is 'right'

Jessica insists their polyamorous model actually makes it easier to raise their youngsters – saying: "I don't know how people survive in a nuclear family – it's one of the hardest types of family I have experienced."

Their setup means the couple each give each other one night a week off from childcare, which they spend going on dates with other people.

Joseph explained: “It’s not just about dating other people – for us, it’s about our mental health and making sure the other’s needs are met.”

Jessica added: “That isn’t just for polyamorous couples either – we encourage all our monogamous friends to take time out for themselves. It’s a form of self-care."

The couple said they are "open and confident" about being polyamorous – which they acknowledge is partly down to their "privilege" in being a white, cis gendered, heterosexual couple.

But they added that many people don't understand polyamory including often getting accused of being "swingers" – and is one of the reasons the pair now host a podcast, Remodeled, about polyamory, which they use to educate others.

Jessica said: "One popular misconception is that all polyamory looks one way.

"Often in the media it's portrayed as a triad, usually female-female-male, and almost always white. But there is no one style – all polyamory is valid polyamory."

"A lot of people don’t understand our relationship, but it’s perfect for us.

“It’s all about choosing the relationship model you’re wired for and working with rules that make you both happy – and this is what works for us."

Joseph added: “I don’t see a future for us where we aren’t polyamorous – it works well for us both, so there’s no reason to take it off the table.” 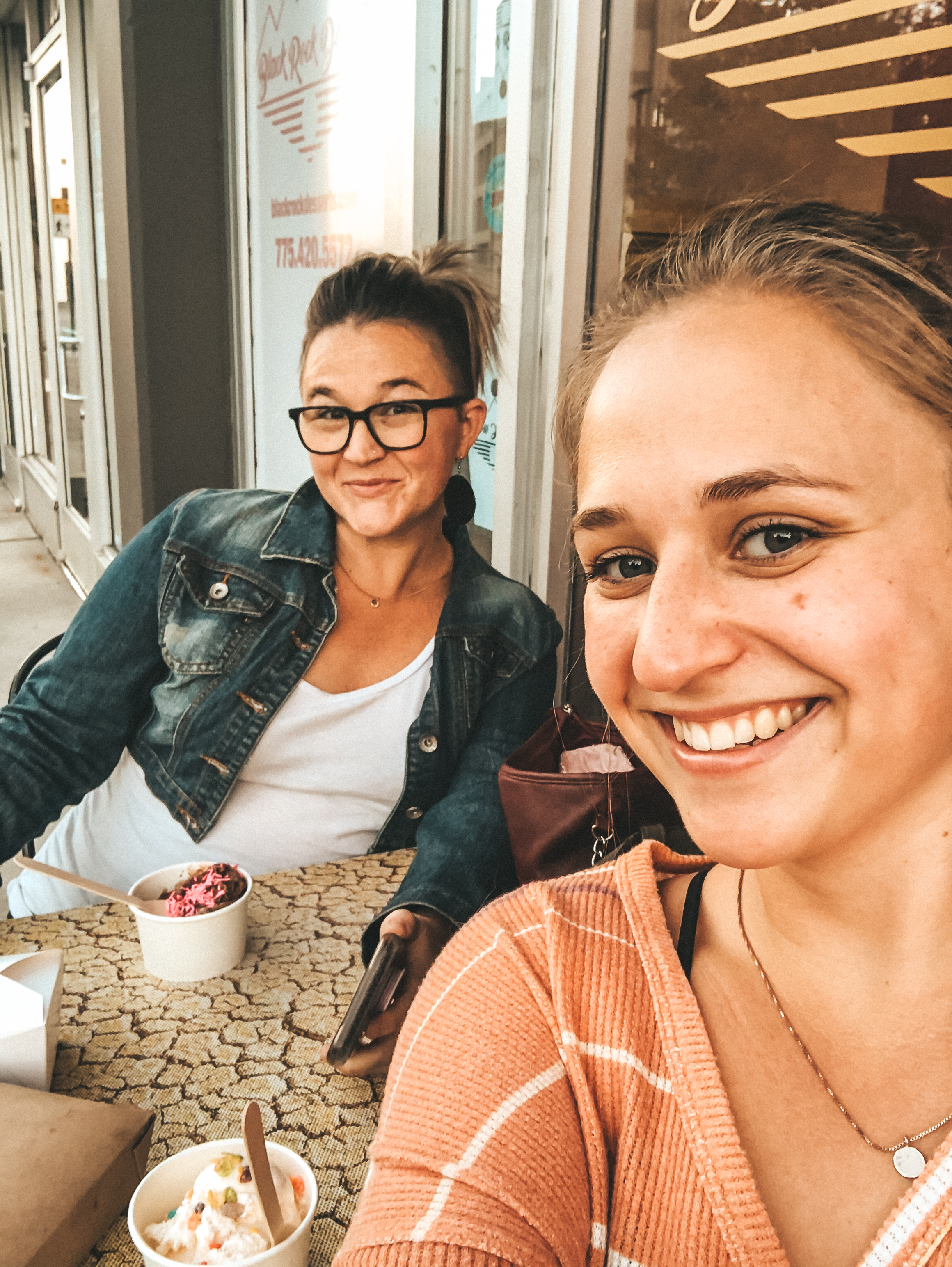 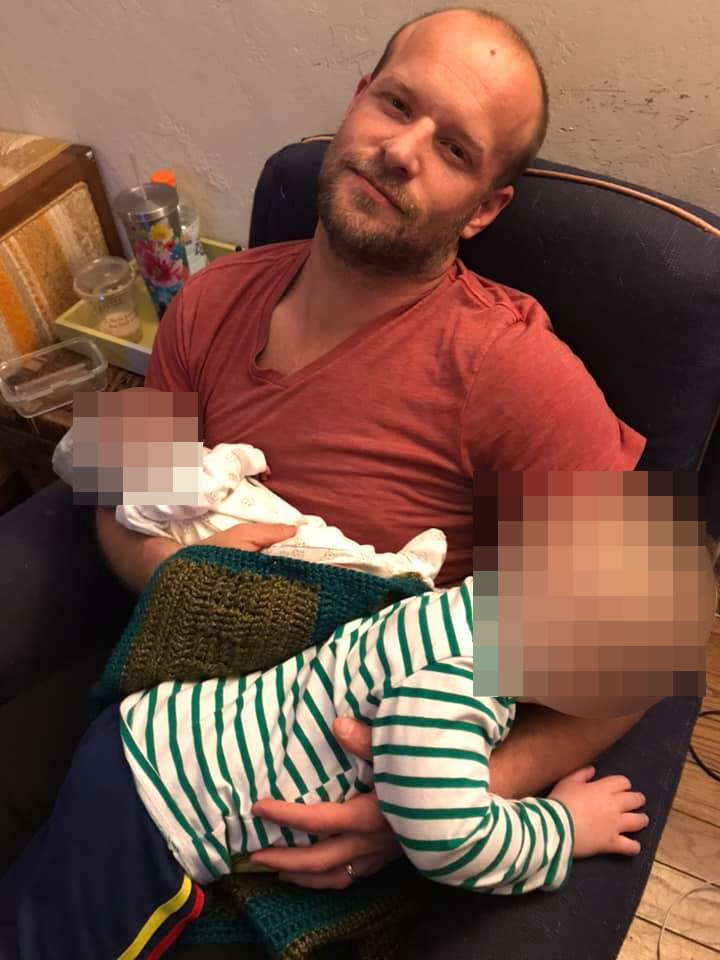 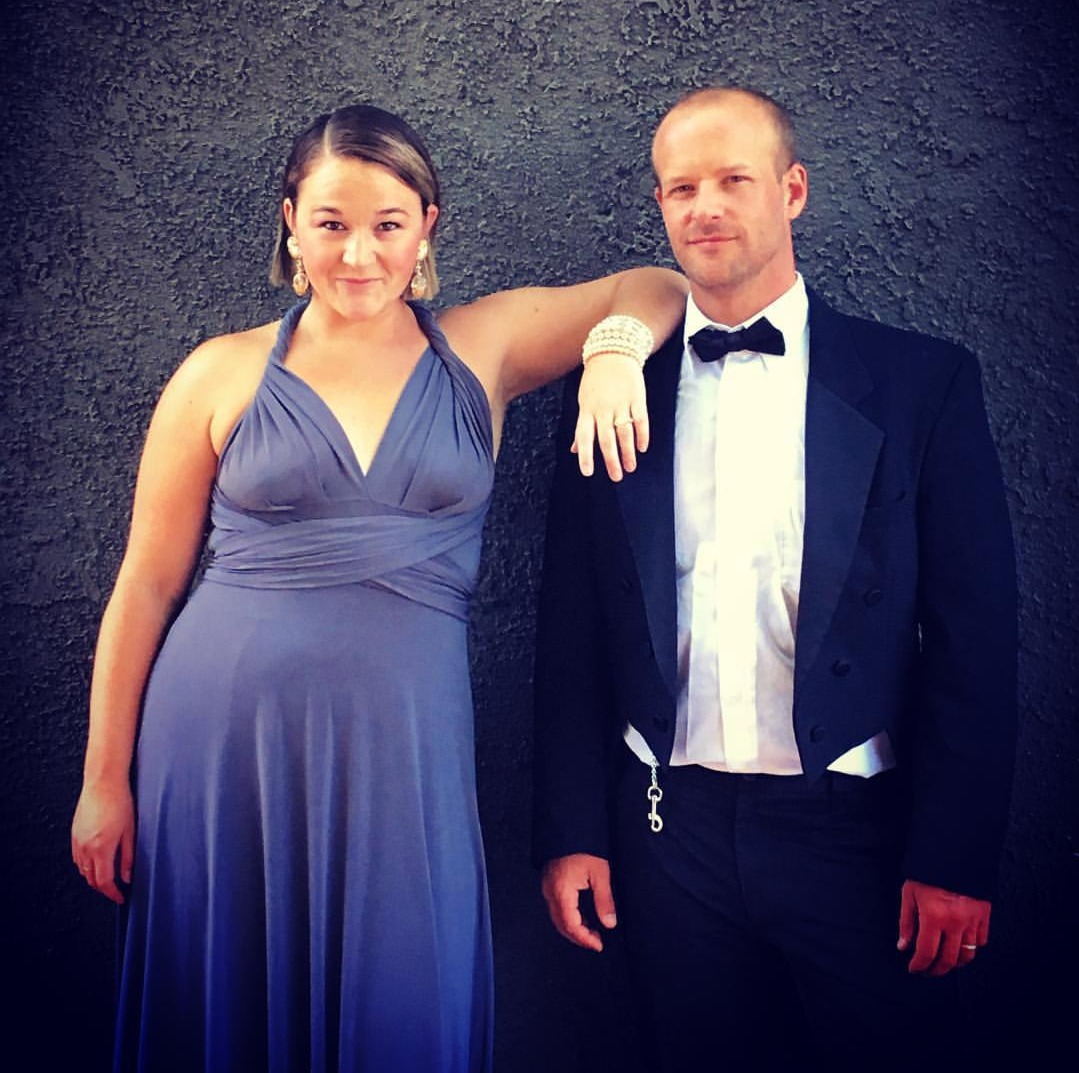 Plus, another mum shares 'my bump was so tiny people didn’t believe I was pregnant – then I gave birth to TWINS.'

And one girl reveals 'I own 5-bed £525k house at 24 thanks to selling sexy snaps online – people troll me but my Mustang eases the pain'.