A WOMAN has inspired horror and disbelief by sharing a video of her hair after she accidentally melted a face mask into her roots.

The face covering has bonded to the woman’s hair, and commenters say that going bald is her only viable option. 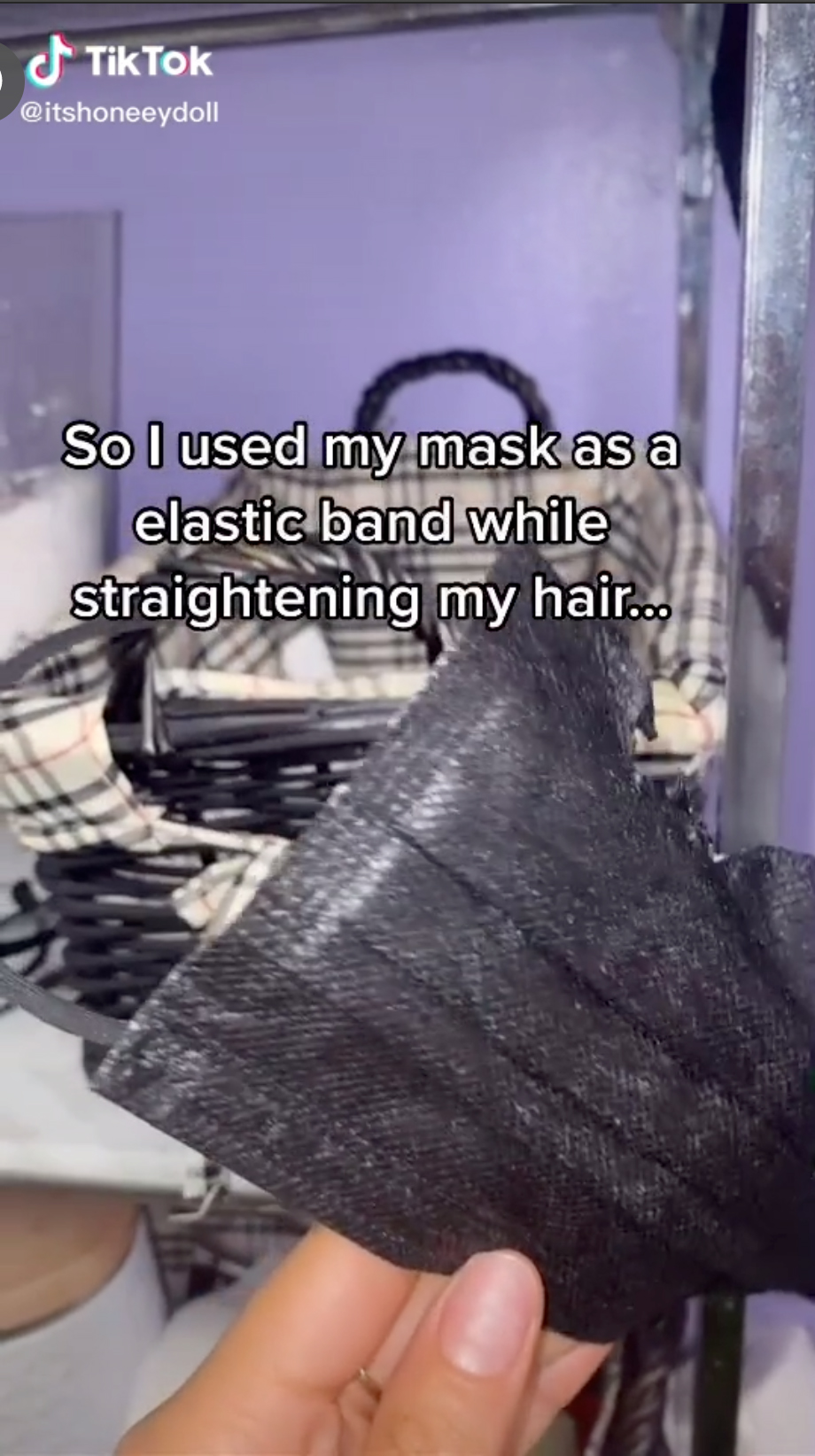 A Tiktok user who goes by the name Honeey says that she used her mask as a hair tie while she was straightening her hair.

In the video, she says that she is “in tears”, as she realises that she has in fact used her straighteners on the mask, completely melting the face covering into the roots of her hair.

One viewer joked that Honeey took the term “hair mask” too literally.

Some viewers are sympathetic, but most are just amazed that Honeey managed to use straighteners on her face mask without realising. 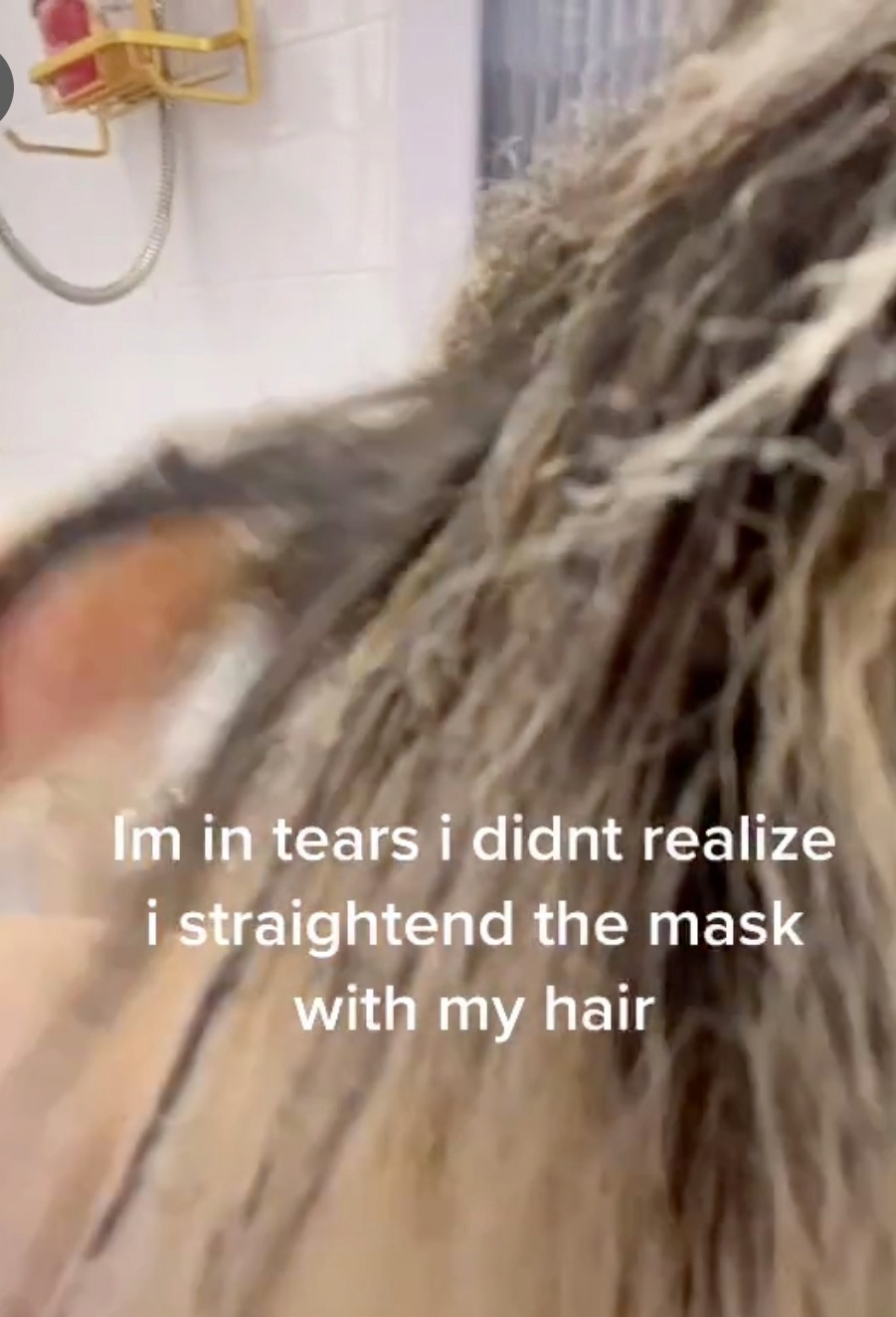 “You seriously can’t be expecting sympathy rn”, said one viewer, while another wrote: “I swear people get dumber every year.”

“So you didn’t smell or hear nothing? Girl bye”, one disblieving commenter wrote.

One simply asked: “Why would you ever think that was a good idea?”

Some people offered advice that would not result in Honeey having to shave her head. 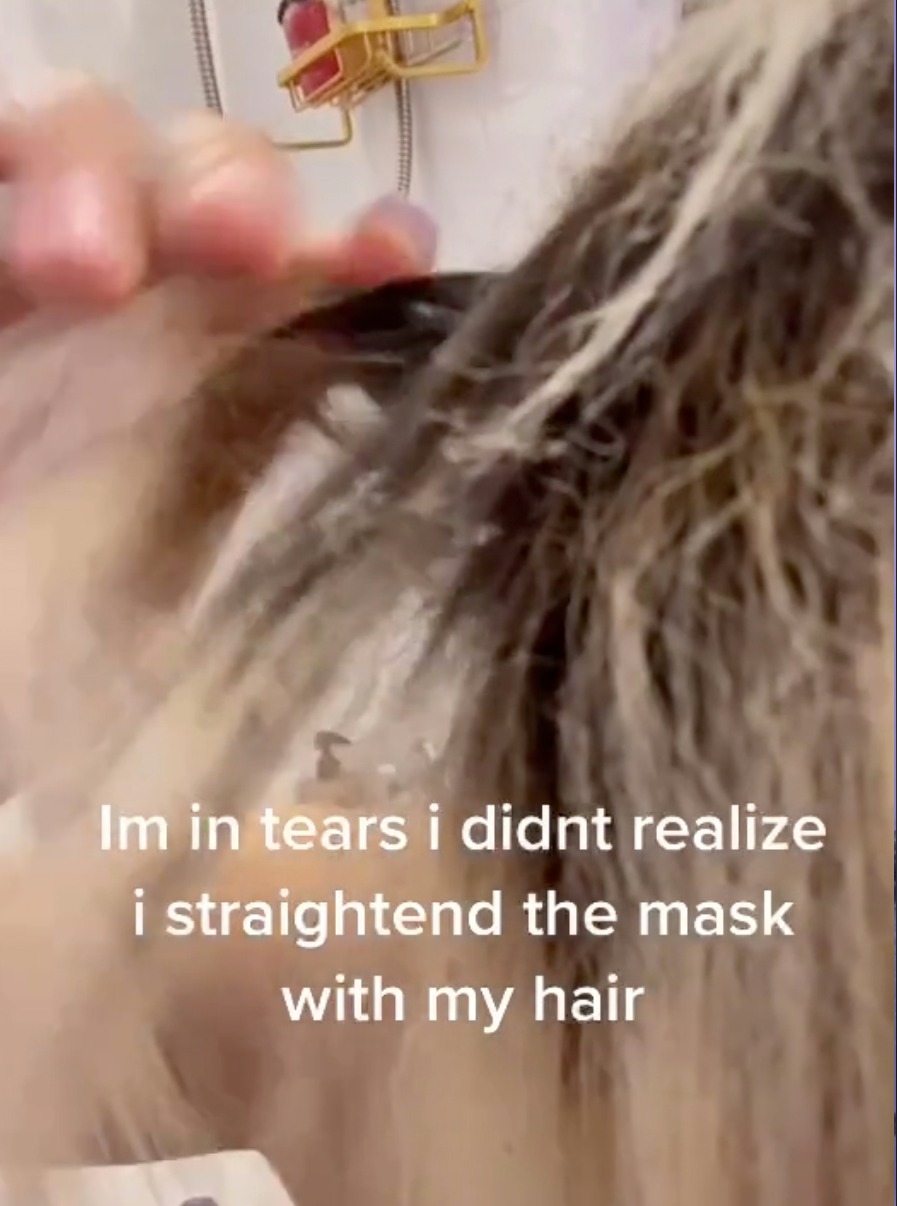 “Rub oil into it then gently brush it with a fine tooth comb”, advised one viewer.

However, the majority of people reckon Honeey will have to go for “the big chop”.

“Shaving your head would be a good thing. It’ll take some time to get used to but your hair will grow in healthier and won’t be damaged”, said one viewer.

One commenter got straight to the point: “Girl what did you expect lmao time to shave your head.”

The tiktok user says that she’s “not going bald”, despite the dozens of viewers advising her to shave her head.

This lash technician showed what happens when you don't wash your lash extensions – and her client's crusty, swollen eyelids shock viewers.

Previously, this mum was "completely shocked" as hair cut costs her £300 – and many agree it’s "extortionate."

Meanwhile, this woman bitterly regrets getting her mum to do a lockdown dye job after her hair starts STEAMING then falls out.