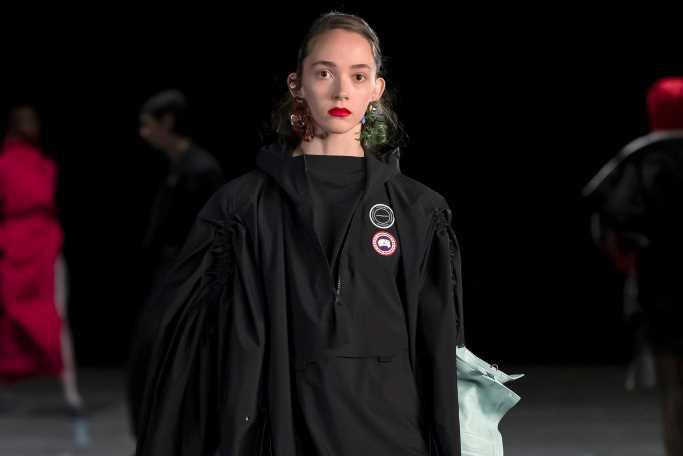 You’d think that taking on an extra gig as creative director of Diesel would pile on the stress for Glenn Martens, but according to him, designing his Y/Project collection this season was a cinch.

It’s the first time the Paris-based brand has merged men’s wear and women’s wear into a single unified collection, and Martens had it all sketched out before the summer holidays. “We’ve never had less drama than this season, even though the collection is twice as big as we normally do,” he reported.

That confidence was reflected in his lineup, which offered a more polished take on the label’s signature twisted shapes. Alongside its core denim pieces, including jeans with chaps and acid-washed jackets, there were tailored coats, dress shirts, quilted riding jackets and chain-print scarves. “We’re growing up,” Martens said with a laugh.

Whorled constructions were created with the help of a metallic wire directly integrated into the material, allowing the wearer to sculpt the garment. Swirls of fabric framed the neckline of a dress in a checked tailoring fabric, while a trench coat appeared caught in the movement of a particularly mischievous gust of wind.

“We want to create beautiful clothes, which almost sometimes are objects or art pieces,” Martens said. “Sometimes it’s such a think tank of creative ideas that people just see the think tank, but some of those concepts can actually be wearable.”

A case in point: His ongoing collaboration with Canada Goose on a rainwear capsule, including a long black rain cape that was as chic as an opera coat. Y/Project also hooked up with eco-friendly Brazilian brand Melissa on a line of shoes inspired by Victorian vases, including a trompe-l’oeil rubber version of a glass slipper.

Martens said the upheaval triggered by the coronavirus pandemic had given him the confidence to switch from four collections a year to two. “We can explore more, we can develop more, push pieces more, without being always so rushed to deliver that baby,” he said. “Somewhere, we are very lucky, because we are just living in our little bubble.”