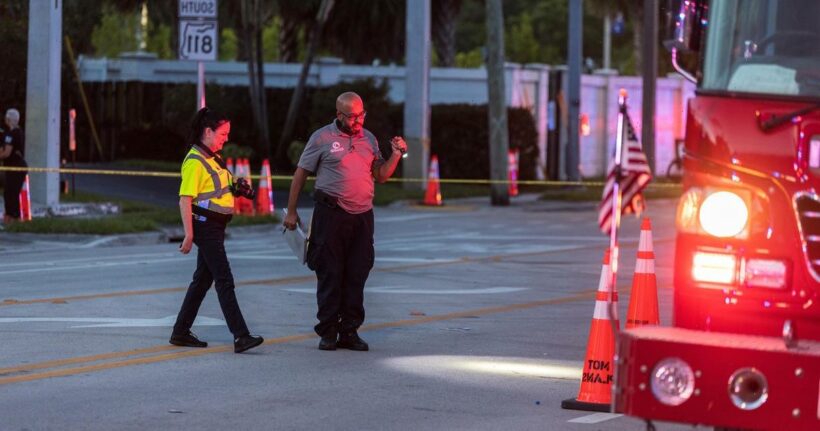 One person has died and one other was hospitalized after the driver of a truck ran into the crowd at a pride parade in Wilton Manors, Florida, on Saturday, according to the Broward County Sheriff’s office. The accident occurred just prior to the start of the parade, leading to its cancellation.

The Fort Lauderdale Police Department on Sunday said the 77-year-old driver of the truck was a participant in the parade and accidentally hit the two victims, CBS Miami reports. FLPD also said the driver and both victims are members of the Fort Lauderdale Gay Men’s Chorus.

Florida Agriculture Commissioner Nikki Fried, who was at the parade, tweeted, “Our hearts are breaking and we continue to pray no more innocent lives are lost.”

Florida Representative Ted Deutch said that he was “devastated by the horror” seen at the parade. “I’m so sorry, Wilton Manors. I’m so sorry, my friends,” he wrote on Twitter.

Congresswoman Debbie Wasserman Schultz, who was also in attendance, said that she is “deeply shaken and devastated.”

“We’re praying for the victims and their loved ones as law enforcement investigates, and I am providing them with whatever assistance I can,” she wrote on Twitter. “I am so heartbroken by what took place at this celebration. May the memory of the life lost be for a blessing.”