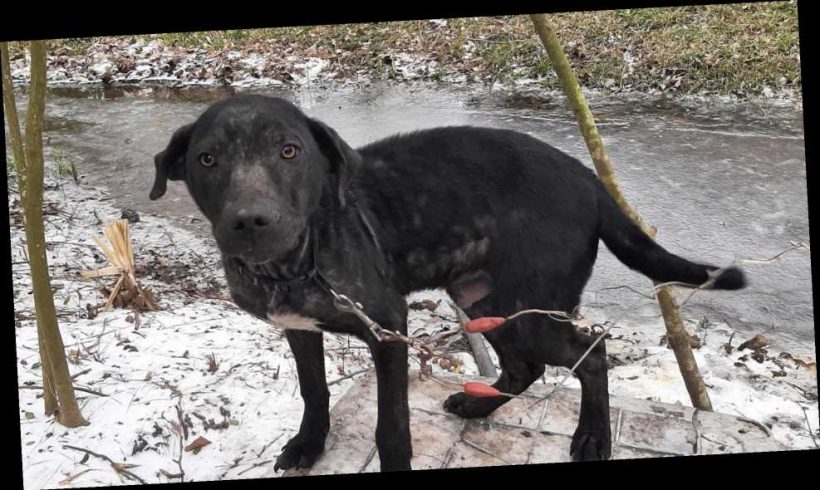 A Texas dog owner is facing charges after local authorities say they found his eight dogs outside in freezing temperatures.

The animals were discovered on Monday after a report was made to the Harris County Animal Cruelty Taskforce, according to KIAH.

Responding officers from the Harris County Sheriff's Office and Harris County Pets said that the animals appeared "to have been left outside" during Winter Storm Uri, according to a social media post from the Houston Humane Society. In addition to being " severely malnourished," one of the dogs had "a broken jaw," the shelter added.

Officers on the scene also noted that the canines likely did not have access to shelter while they were stranded outside.

All of the dogs are currently receiving medical treatment and shelter at the Houston Humane Society.

As Texas continues to grapple with severe winter weather — which has left millions of residents without power — local authorities are urging residents to "continue reporting" any instances of suspected animal cruelty.

Local authorities are asking anyone who sees a pet left outside for an extended period of time in freezing temperatures, to immediately report it at 832-927-PAWS or 972-PAWS.org.