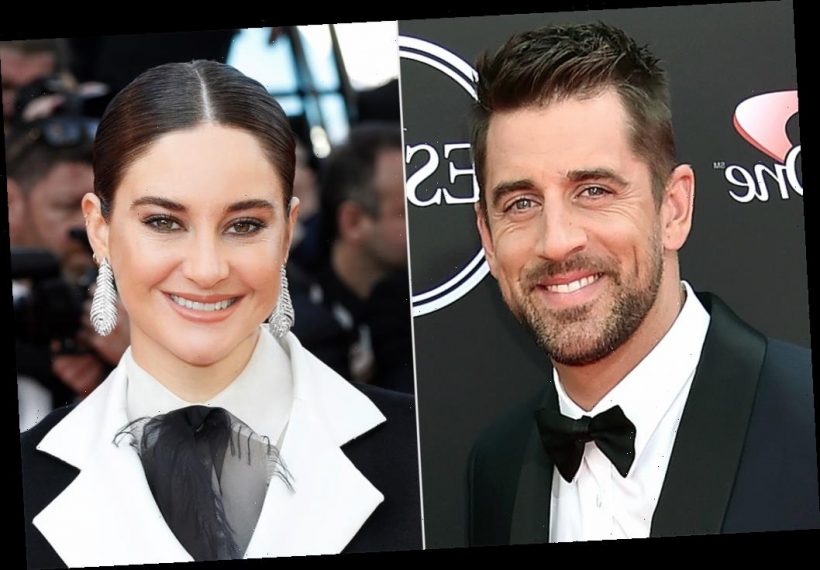 The sudden engagement of Aaron Rodgers and Shailene Woodley has surprised everyone close to them, including people who say that they never imagined the 37-year-old Green Bay Packers quarterback would fall head over heels so quickly.

"This isn't like Aaron at all," says a source close to Rodgers. "He's usually so methodical about everything. I'm not saying he's not a romantic, but he thinks things through. He's analytical. He is very careful. He didn't seem to be the type to get so serious after just a few months of dating, especially after the way things ended with Danica Patrick."

Rodgers and former race car driver Patrick split in July of last year after two years together, Patrick's rep confirmed to PEOPLE at the time. Woodley was last linked to rugby player Ben Volavola, but revealed that they had split in an April 2020 interview with the New York Times.

Though Woodley and Rodgers started spending a lot of time together over the summer, even those close to the couple were shocked when the athlete announced his engagement while accepting the NFL MVP award on February 6.

"It was so fast that at first, we thought she was just a rebound," says the source close to Rodgers. "There was no way this could be so serious. Everyone thought it was a casual thing because that's what he was telling everyone, even when it was clearly not a casual thing."

For now, the couple has not given friends any details about their upcoming wedding. "It's a total whirlwind romance. … No one has gotten a 'save the date' card yet," says the insider. "I'm sure they'll make plans, but they're really being quiet about it for right now. That's why this is such a surprise to everyone."

• For more on Aaron Rodgers and Shailene Woodley's relationship, subscribe now to PEOPLE or pick up this week's issue, on newsstands Friday.

But the source tells PEOPLE that there's no mistaking the joy that Woodley brings Rodgers.

"He's acting very happy," says the source. "They're very content and peaceful. It's nice to see."