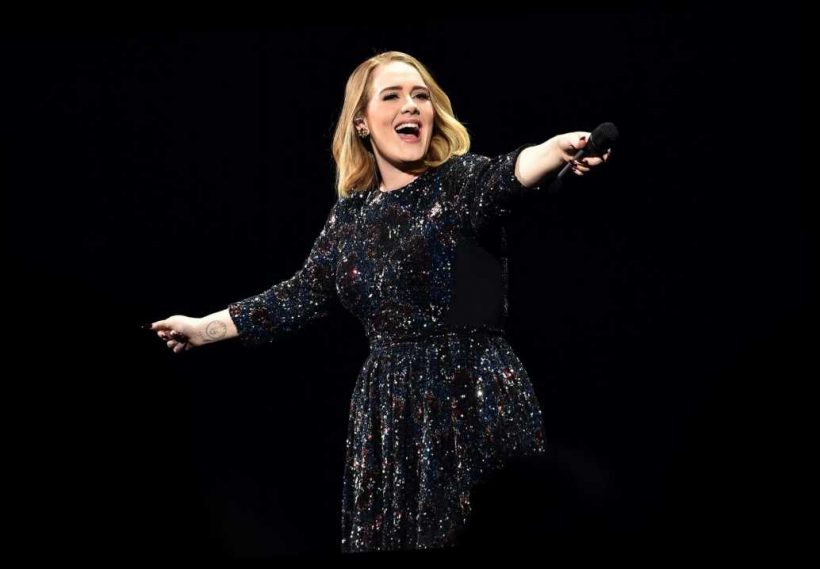 Adele reacts to sixth-tier soccer club belting out her song

What to know about the sirtfood diet, Adele’s weight-loss secret

Why Adele’s ‘SNL’ skit about African tourism is under fire

While the plebeian masses plead for new music from Adele, the singer’s friend, comic Alan Carr, insists the new album — believed to be languishing somewhere in the world — is “so amazing.”

It’s been over five years since her third and latest studio album, “25,” dropped in 2015, yet fans have been anticipating a fourth for two-and-a-half of those years.

In the meantime, Ms. Adkins, 32, has dropped nary a single or even a teaser — despite her appearance as host of “Saturday Night Live” last year, which would have been the perfect moment to do so.

Now, Carr is adding to the anticipation, teasing Grazia UK readers that Adele’s new record, which fans have tentatively dubbed “32” — in accord with the previous three albums, named for her age during recording — is due to ship next month.

The “Hello” singer’s close pal was asked whose album would drop in February — “Adele, Cardi B or Rihanna?” — and he was quick to answer.

“Adele, isn’t it? I’ve actually heard some tracks on it,” the “RuPaul’s Drag Race” host told the magazine. “Oh my God, it’s amazing — so amazing.”

The 44-year-old entertainer gushed on: “I said to her, ‘That voice is like an old friend,’ because there are some people in the charts who sound a bit like Adele and then when you hear Adele’s voice, you go, ‘Oh no, there’s only one.’”

The reporter then asked Carr if her voice had “gone skinny,” alluding to the “Hello” singer’s impressive weight loss since 2019.

Nevertheless, it looks as if the queen of British soul has been busy, considering her last social-media update was last October, immediately following her “SNL” performance.

“Look after each other and go easy on yourselves,” she told her followers on Instagram at the time. “I’m going back to my cave now to be the (single) cat lady that I am! Peace out til next year.”