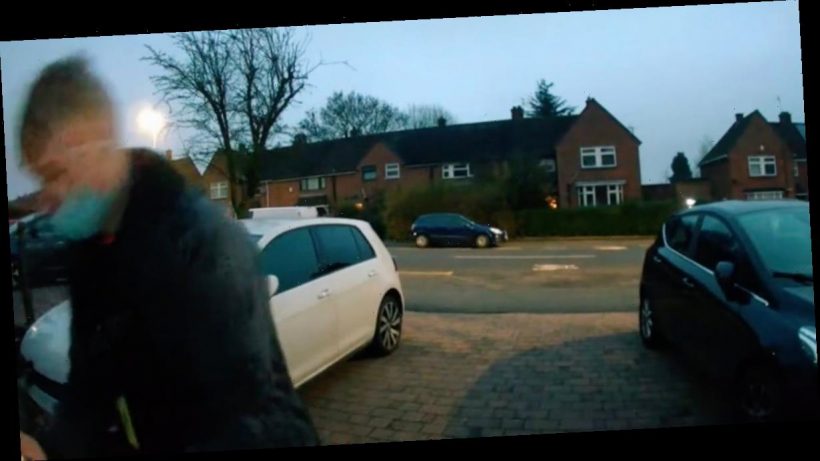 An Amazon delivery driver was filmed making a hilarious comment to his mate on the phone while working over Christmas.

The rude gesture was captured on a doorbell camera as he placed the package into the mail bag outside a home.

TikTok user paperbackmo shared the blunder on his account and left viewers in stitches.

The footage, taken on Monday, December 28, shows the young lad putting down the package, saying: "I need a nice hot choc and a big booty b****. That'll do me."

Mo wrote in the post: "Thank you for working on a bank holiday."

He also clarified in the comments that the delivery driver was not talking to himself but to someone in the phone and clearly had no idea he was being filmed.

"He had earphones in," Mo added. "Delivered parcel in great condition. A*. Would recommend. Top bloke."

Viewers were left in stitches and some of them said they wished for the same.

"Man of my dreams," another said and a third added: "Hope he got his hot chocolate!"

Meanwhile, a delivery driver was on a mission to help an elderly customer find a replacement pet after he was so incredibly moved by a heartbreaking note he found left outside his house.

David MacLeod, who works for Iceland, saw the note from a bereaved dog owner mourning the tragic loss of his Jack Russell and made a public plea to ask for animal lovers' help to find the pensioner a new companion.

In the end, he left it to the animal organisation to help choose the right pet for the pensioner.

And three weeks earlier, a Canadian woman sick of people stealing her packages left an Amazon box full of poo on her doorstep to stop thieves from stealing her parcels.

She said the stealing had not stopped over her three-year stay in the address in Hamilton.

And it seemed to be true, because her faeces-filled parcel was stolen within 40 minutes after she left them on the porch.