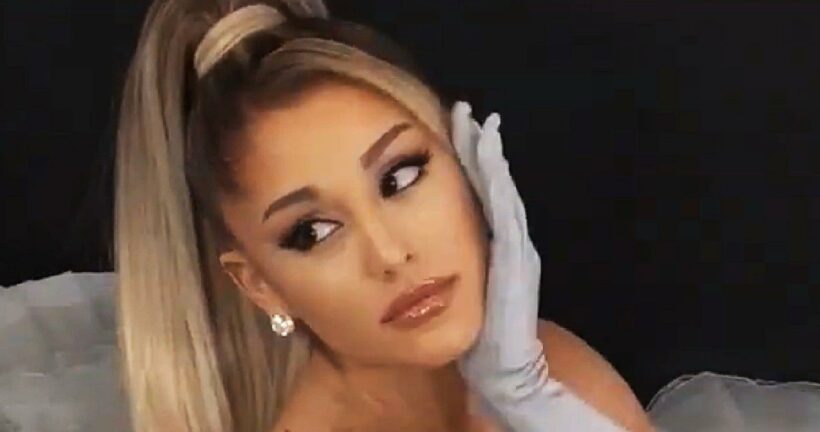 Ariana Grande is moving on – literally – after selling her Hollywood Hills home for $14 million only a year after buying the property.

According to TMZ, the singer recently offloaded the Los Angeles mansion to an unknown buyer. The outlet notes that Ariana was represented by realtor Aaron Kirman of the Aaron Kirman Group at Compass, while Josh Altman and Jacob Greene worked on behalf of the buyer.

Ariana originally purchased the property in June 2020 for $13.7 million, so Ariana made a little over $300,000 in profit minus realtor fees. However, the musician got the home heavily discounted. When it was first listed in 2018, the asking price was $25.5 million.

After minimal interest, the price was reduced to $17.5 million before Ariana finally bought the home for almost half of the original asking price.

The three-story mansion has over 10,000 square feet of living space and comes with four bedrooms and seven bathrooms. It also has 16-foot-high ceilings to give the illusion of even more space.

The home comes with marble flooring and counters, custom wood cabinets, and a spacious walk-in closet. Its other features include a home theatre, gym, sauna, 300-bottle wine cellar, and wet bar. The outdoor space on the property is limited, as it backs onto a hill. However, the property has an infinity-edged pool, and almost all of the windows have an impressive view of Southern California.

Despite selling the Hollywood Hills home, Ariana still has plenty of properties to her name. Earlier this year, in March, she purchased a smaller $9 million in Birds Street, Architectural Digest reports. The 2-bedroom, 2-bathroom home was built in 1946 and features 1,590 square feet sitting on 0.74-acres.

At the time of purchase, it was speculated that Ariana might have plans to tear down the original structure or at least remodel it to add more space. With nearly an acre of land, there’s plenty of room to expand.

Additionally, Ariana also owns a Tudor-style home in Montecito, California, which she bought last year for $6.75 million shortly after buying the Hidden Hills home she recently sold. The Montecito property was previously owned by Ellen DeGeneres and Portia de Rossi, who flipped the property before selling it to Ariana.

The Montecito mansion features 5,500 square feet. The home was originally two separate barns that were originally built in England in the 1700s before being dismantled and shipped to California, where it was later constructed into a single home. Ariana famously married realtor Dalton Gomez at the property last year.