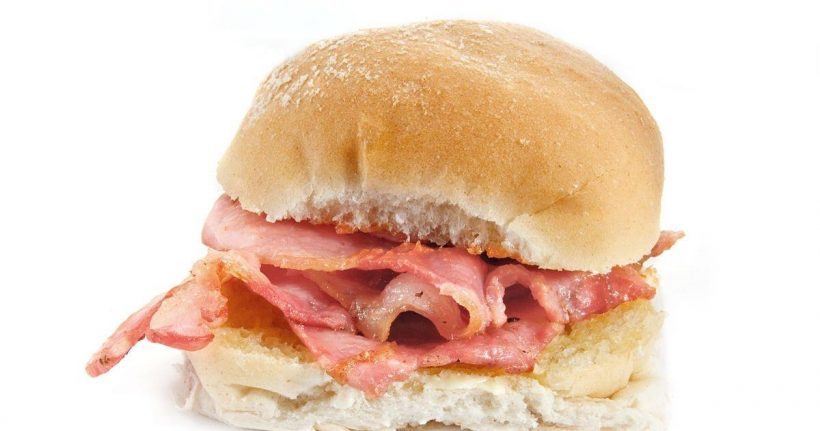 Sign up for Daily Star Hot Topics newsletter for the most exciting real life, fashion and sex tips HOT off the press

Most people love a bit of bacon in the morning alongside their coffee.

And it usually comes sandwiched between two pieces of bread, usually of a circular shape.

However, as most of you know, there has been the age old dilemma of what the food item should actually be called.

A lot of the time, this names varies on location of where you are around the UK.

Not content with naming it a bacon roll, other names include butty, batch, breadcake and stottie.

But which one do you call it?

The debate is often brought up, with many getting heated as they argue their case.

Comedian and TV star Paddy McGuinness ignited the debate on Twitter previously, as he shared his bacon, writing to his 528,000 followers: "Morning! Bit chilly today so I've done you a bacon & egg barm/bap/roll/cob/flour cake…delete where applicable. Help yourself to sauce!"

The tweet racked up tons of responses as everyone has their say on what it should be called.

As another stated: "Breadcake in Yorkshire

A third chimed in: It's a butty #Newcastle," while a fourth argued: "It's a stottie Paddy!"

And it's not just Paddy who is having the debate online.

Fellow comedian and mum of Emily Atack, also wrote: "This is an excellent debate. Roll, barm-cake, bun… what do YOU call the round bread thingy that bacon goes in…? We used to say ‘Batch’"

Again people were divided, as one told her: "I've only ever called it a bread roll, but I have only ever lived south of the cotswolds."

While another added: "Tea cakes in West Yorkshire. Bread Rolls where I am now at Yorkshire Coast."

Another popular Twitter user named Ben, who has 29,000 followers, also started the debate again as he posted a photo of the circular bread on the site.

Want to bring a little glamour to your life every day with all the most exciting real-life stories, fashion and even sex tips HOT off the press?

Well, we've got you covered with our great new Hot Topics newsletter – it'll drop straight into your inbox around 7pm and you can unsubscribe whenever you like.

And signing up now means you'll get a front row seat for our great new series inside the lives of the next generation of Daily Star Page 3 girls.

Again answers ranged from cob, to bap, roll and new ones of pan and burger bread.

Others also argued that if it has bacon or sausage in it, it's a bap, while if cheese or ham is inside, then it's a cob?

But what do you think?

Tell us in the comments section below to have your say!