Banyule mayor Rick Garotti has stepped down as a councillor citing personal reasons after he admitted to playing a central role in branch stacking within the Victorian Labor Party.

Mr Garotti was questioned over two days in public anti-corruption commission hearings this week as part of an investigation into the misuse of taxpayer funds and staff for factional activities. 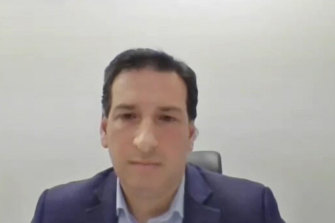 Rick Garotti stepped down as mayor of Banyule following his testimony to IBAC this week.

In a statement on Thursday, Banyule City Council said Mr Garotti was taking a leave of absence from his role as a councillor, effective immediately, and stepping down as mayor.

“A number of concerning reports have emerged from the IBAC hearings, which was addressed by Cr Garotti in recent days,” council chief executive Allison Beckwith said.

“I can appreciate this is a challenging time for Cr Garotti and I respect his decision to step down.”

He said he was lobbying Moderate Labor ministers, namely Adem Somyurek, and former ministers Marlene Kairouz and Robin Scott, on behalf of allies, including the Somali Australian Council of Victoria (SACOV) and its secretary Hussein Haraco. Mr Haraco is also scheduled for questioning at IBAC.

IBAC heard that in late 2017, he messaged Mr Somyurek about $1 million in government funding that he said “must go” to SACOV, and falsely claimed that was the formal position of Banyule City Council, where he was a councillor at the time.

IBAC counsel assisting Chris Carr, SC, on Tuesday said the factional patronage system, as described by Mr Garotti, involved him “and others in various acts of dishonesty … it involved you and others engaging in, in various ways, the obtaining of public resources and public funds for factional purposes … it involved looking after factional allies, giving them paid but fictional jobs”.

“And this is all done, isn’t it, in order to pursue power – power for the faction, power within the party, power politically … and it’s the influence that people who have power are able to exercise over these processes that allows them to continue to recruit the likes of you to engage in these sorts of activities, isn’t it?” Mr Carr said. Mr Garotti responded: “Correct.” 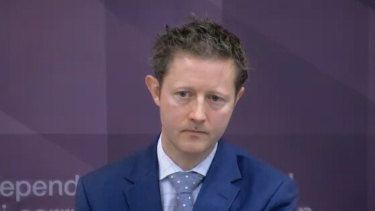 Banyule deputy mayor Tom Melican said council had received a number of inquiries from residents, and although the IBAC investigation centred around Mr Garotti’s role as a Labor Party member, the local community had raised concerns about the issues raised in the public hearings.

“While Cr Garotti has decided to vacate his post for the timebeing, this will allow the remaining eight councillors to keep focused on the important work we do in support the community,” said Cr Melican, who will assume the role of mayor, effective immediately.

Mr Garotti told the commission the Moderate Labor faction’s media strategy was to confect allegations of racism when journalists would ask questions about alleged wrongdoing within their group.

In a taped recording, played during the IBAC hearings, Mr Somyurek and Mr Garotti agreed to invoke the “highly sensitive issue” of the Black Lives Matter movement in response to The Age’s questions about the Somali association and the propriety of grants.

A tearful Mr Garotti finished his evidence on Tuesday afternoon by saying he hoped the anti-corruption examination would finally change the culture within the Australian Labor Party.

“I’m not excusing my behaviour in the party, but hopefully for a young person coming through the ranks in the future, it’s a better culture, and they don’t get caught up,” he said.

IBAC is investigating allegations of corrupt conduct involving Victorian public officers, including members of Parliament, and that taxpayer-funded staff and grants were misused for factional activities, as first revealed in an Age and 60 Minutes investigation last year. The probe centres around Mr Somyurek and the Moderate Labor group. Hearings resume November 1.