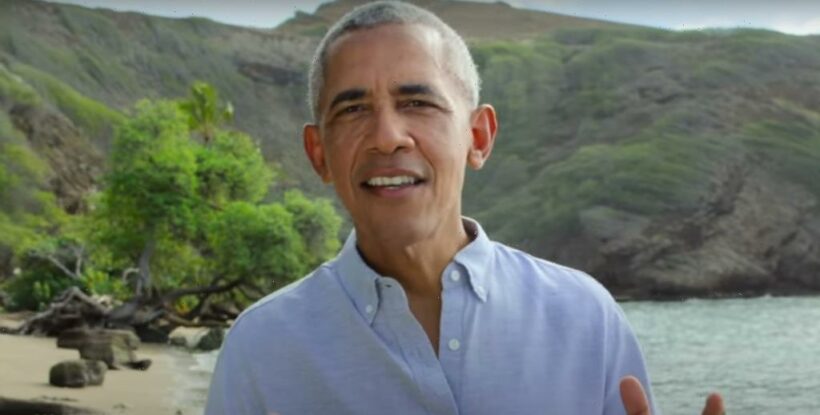 Following his posts about what he took in from the worlds of movies and books this year, former president Barack Obama followed through Thursday with a list of his 25 favorite songs of 2022, hitting some familiar favorites shared by much of America — Lizzo’s “About Damn Time” and Beyoncé’s “Break My Soul” being probably foregone conclusions — along with some more obscure acts that may prompt Googling even among dedicated music fans.

“I always enjoy sharing my end of year music playlist with all of you — and this year we heard a lot of great songs. Here are some of my favorites,” he wrote on social media (adding, in true Eric Alper Twitter mass-engagement fashion, “Are there any songs or artists I should check out?”).

Obama’s list hits some of the biggest releases of the year in wisely disparate genres, including the Latin music of Bad Bunny, with the song “Titi Me Pregunto,” and country, with the blockbuster new artist Zach Bryan and his left-field streaming smash “Something in the Orange.”

There isn’t a huge amount of overlap between Obama’s picks and the top Grammy nominees, although three of the candidates for record of the year did make the ex-president’s list: “Break My Soul,” “About Damn Time” and Kendrick Lamar’s “The Heart Part 5.”

Best new artist Grammy nominee Omar Apollo made it onto Obama’s list with “Tamaoatchi.” Latin music favorite Rosalia, who topped many critics’ year-end lists even though she had a lesser presence than expected in the Grammy nods, was recognized by Obama for her song “Saoko.”

Sometimes he went with an artist’s second-biggest hit, as when he favored “Sunshine” by Steve Lacy (featuring Foushee) over Lacy’s bigger breakout smash, “Bad Habit.”

In the case of Ethel Cain and her “American Teenager,” he picked an artist who picked up some critical acclaim for her debut album, “Preacher’s Daughter,” which deals with heavy subject matter like religion and domestic violence, but whose songs have not charted at all. Since Cain didn’t make enough of an impression to show up on many critics’ polls, either, Obama’s imprimatur may give her a big boost in visibility. Haitian-American artist Leyla McCalla, a member of Our Native Daughters, can also count on getting further attention for her under-heard solo album. Sudan Archives’ “Home Maker” might count as nearly as unpredictable a choice, although, in lieu of charting positions, her album was at least being well represented on year-end critics’ lists.

SZA’s “Shirt” is a very of-the-moment pick, from the album that became a No. 1 bestseller upon its mid-December release, although the song itself has been out since October.

Obama also publishes a summer playlist, which includes both topical songs and oldies, but only a half-dozen of the artists he included from his mid-year favorites list made it to his end-of-2022 roundup (sorry, Wet Leg and Harry Styles).

As always, music fans will be admiring his taste, while wondering how he comes across all his picks. Asked one typical tweeter, “Do you guys think Obama is actually a Maggie Rogers stan or is it one of his interns slipping her in every year?”