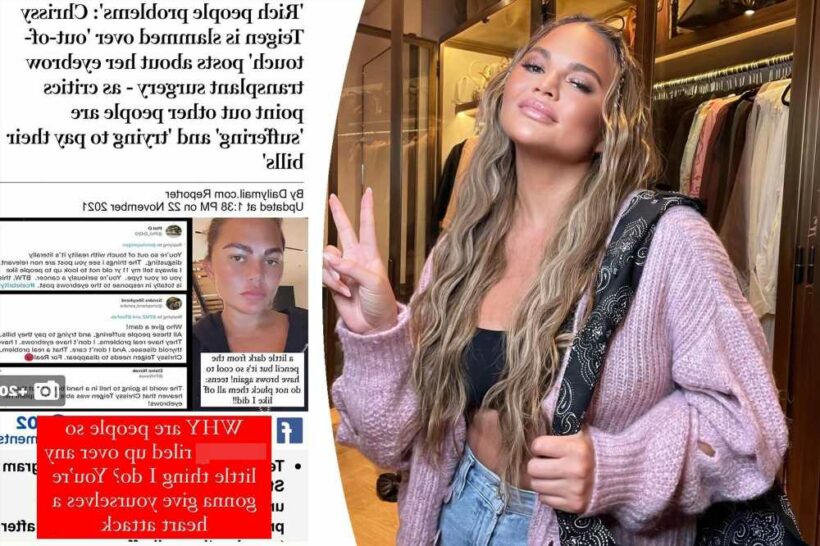 Chrissy Teigen, John Legend and family dress up as The Addams Family

Why Chrissy Teigen is ‘glad’ the bullying scandal happened

Chrissy Teigen is in a hairy situation following her recent eyebrow transplant surgery.

The 35-year-old model, who debuted her eyebrow transformation over the weekend, took to Instagram Stories again Monday to address those criticizing the move as “out of touch with reality.”

“WHY are peoples so f—king riled up over any little thing I do? You’re gonna give yourselves a heart attack,” she wrote alongside a screenshot of a Daily Mail article referencing the backlash over the transplant.

Teigen previously posted a series of selfies debuting her fuller brows, which she said were created by transplanting hairs from the back of her head. 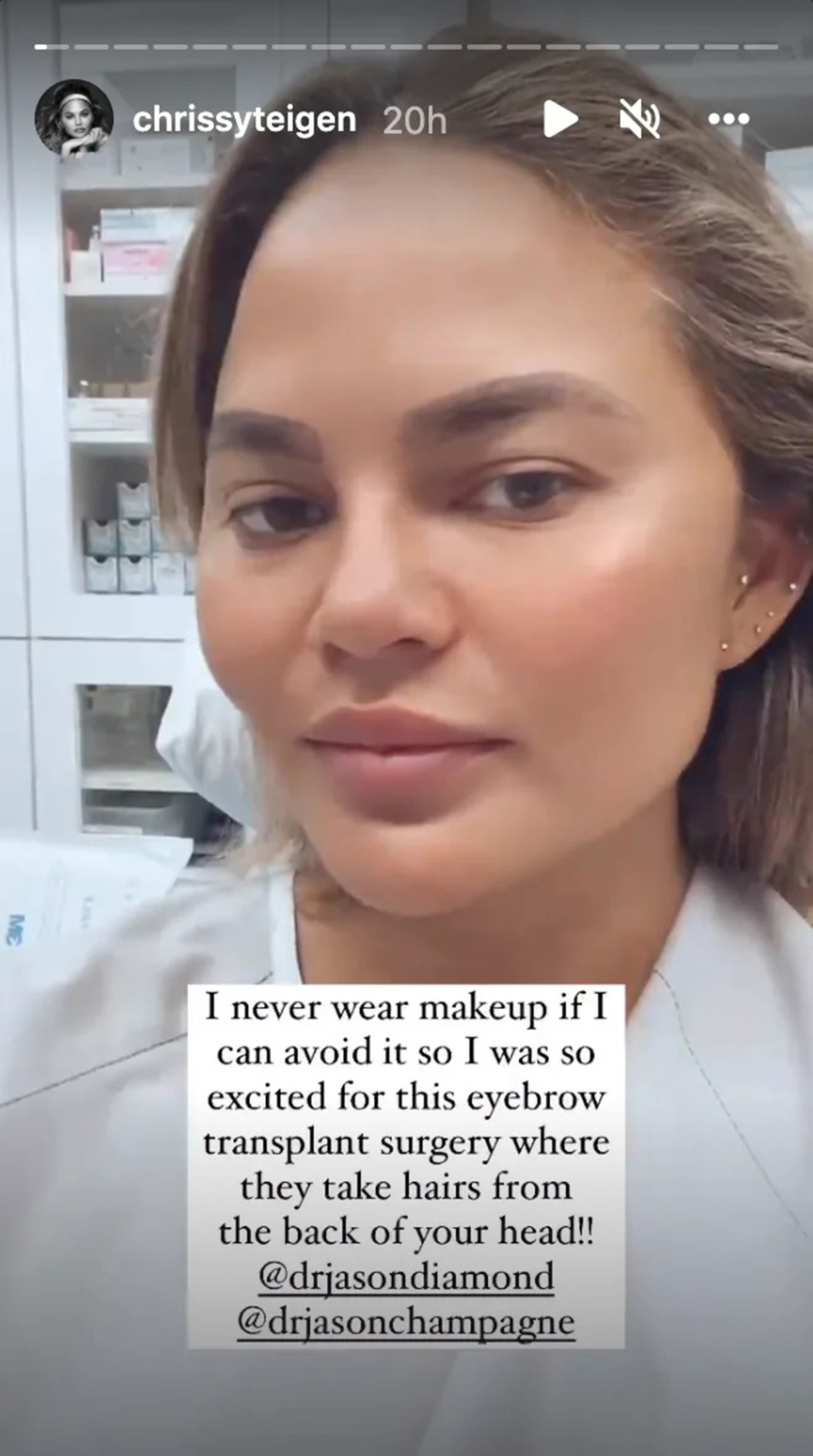 “I never wear makeup if I can avoid it so I was so excited for this eyebrow transplant surgery,” she wrote in part, tagging Dr. Jason Diamond and Dr. Jason Champagne before sharing photos of the “crazy” results and warning teens to not “pluck [their eyebrows] all off like I did.”

She quickly got heat for the posts on Twitter, with one social media user writing, “The world is going to hell in a hand basket but thank heaven that Chrissy Teigen was able to transplant her eyebrows!”

“Saw the headline of an article yesterday that @chrissyteigen got an eyebrow transplant. #richpeopleproblems #tryingnottojudge,” another wrote, before adding, “Me? Trying to continue to pay bills and live life.” 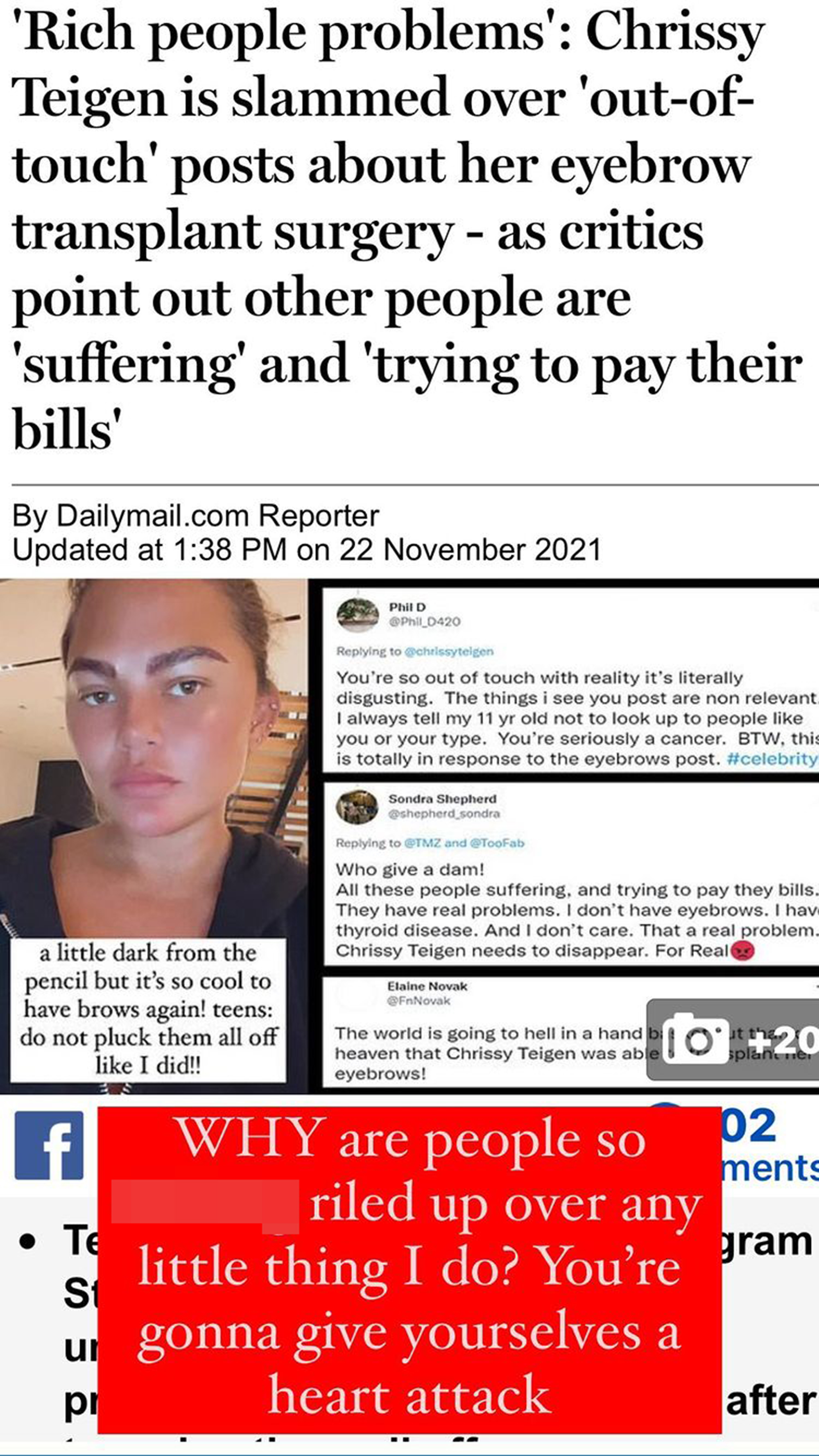 Teigen is no stranger to causing controversy; just last week, she drew criticism for throwing a “Squid Game”-themed party with her husband John Legend, a choice some blasted as “tone deaf.”

She also faced cyber-bullying accusations earlier this year after Courtney Stodden, who identifies as non-binary, accused Teigen of once telling them to kill themself.

The “Cravings” author, who quickly apologized at the time and said she was “mortified” by her past comments, addressed the bullying scandal during a “Today” show appearance last month, telling host Hoda Kotb that she was “glad” it happened and that it made her “a stronger person, a better person.”