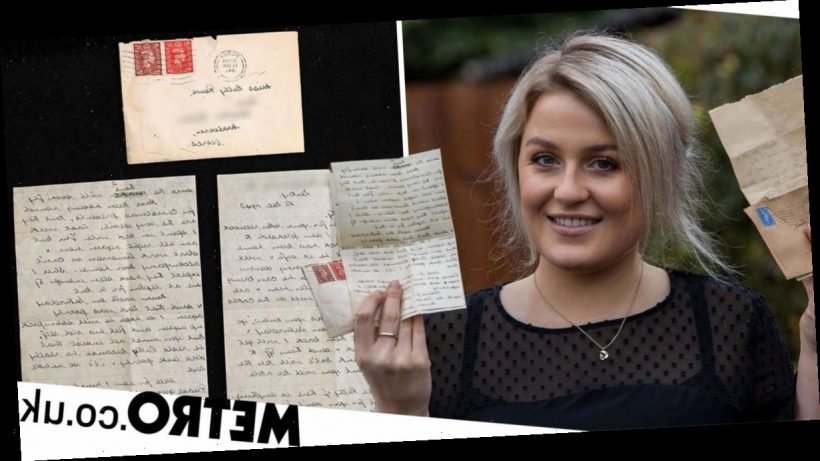 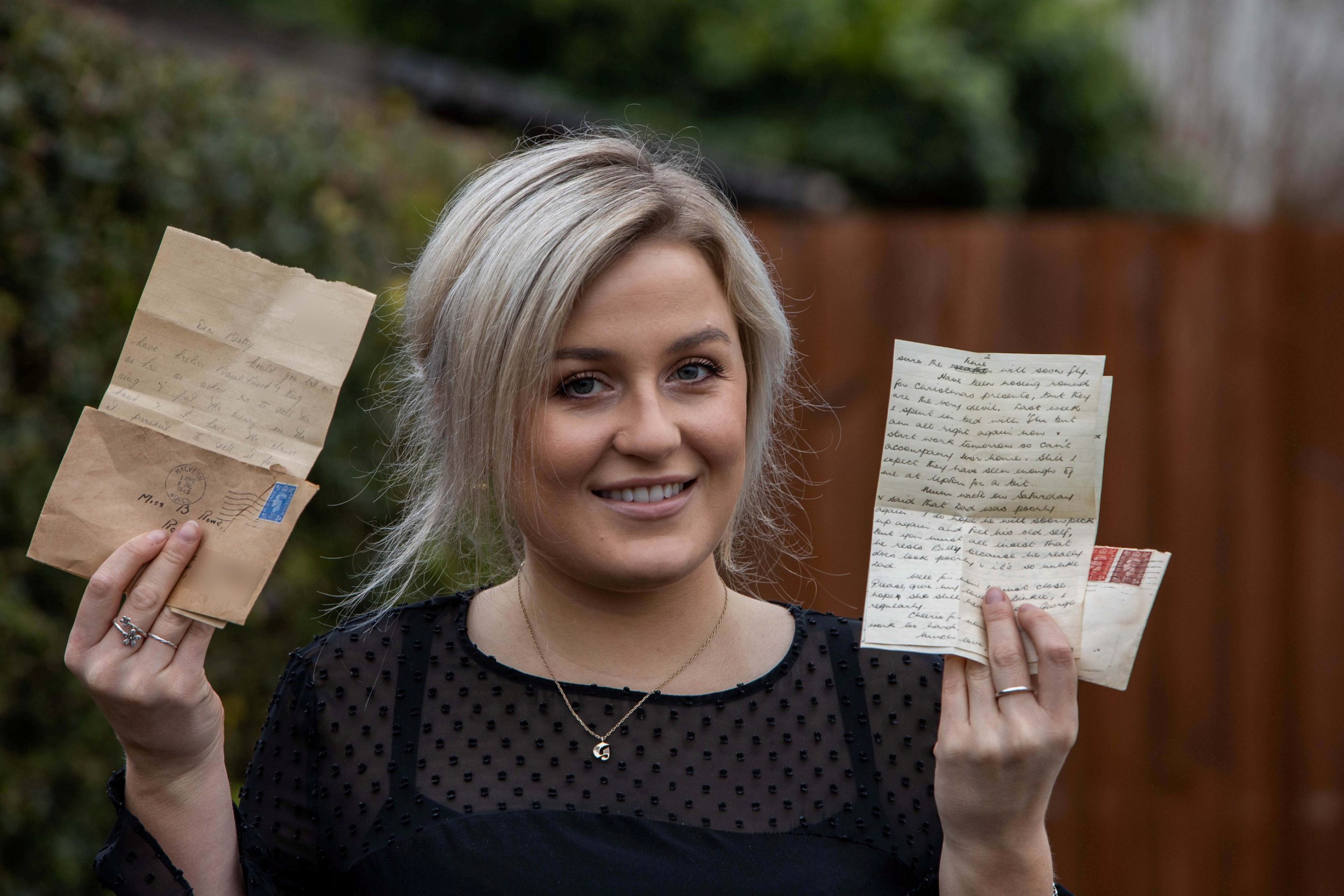 While renovating their home. Georgia Walker, 27, and her partner James Morris, 28, came across a collection of pieces of paper hidden in the floorboards.

They were shocked when they opened them up and saw they dated back 80 years, but were even more surprised by the content.

The hand-written notes detailed a woman’s demand for her brother’s ex-fiancée to return gifts after the relationship broke down.

They were penned from a woman named Gattand addressed to a Betty Rowe, also known as ‘Roda’, in Hayslan Green, Malvern, Worcs..

One correspondence talks about Betty and Les’ upcoming wedding plans before they take a more disagreeable tone once the engagement appears to be called off.

The first letter reads: ‘My dear Betty, thank you for your letter received last Friday.

‘I am pleased to hear that jack has been home again, that he is safe and well…

‘The dresses as you know go to church again on Saturday, WHEW! Get them back, I will get them cleaned and send them off to you.

‘I think Dot’s will be the better fit, but you will be able to choose.

‘Well Betty if there is anything I can get for you don’t forget to let me know as I may strike lucky here.

‘I expect you are feeling quite excited already – I’m sure the time will soon fly.

‘Have been nosing around for Christmas present but they are the very devil…. Mum wrote on Saturday and said that dad was poorly again.

‘I do hope he will soon pick up again and feel his old self, but you must all insist that he rests Betty because he really does look poorly, it’s so unlike Dad.

But the follow up says: ‘Dear Betty, could you let me have Leslie’s bank book and ring as Les has asked me to sell the ring and put the money into the bank and I have the chance at present to sell it for £2.00, more than he gave for it.

‘Mother would also like the silks she gave you as an engagement present as she treasured those and she gave them to you thinking you were going to stick to Les and that you were entitled to them.’

A copy of the Malvern Gazette local newspaper from 1948 was also placed in the floorboards with the letters but it had all stayed undiscovered until Georgia and James started their rennovations.

Georgia, a pharmaceutical sales rep, said: ‘We bought the house back in 2017 and we were going room to room renovating it.

‘The first letter and paper were found between the original floorboards, we could see whoever put them there had used them almost like insulation.

‘They were folded up so tightly they were almost perfectly preserved.

‘We went through them and took bits to put in a frame which we have got on the wall.

‘It may be that the family is still living nearby, so we might even be able to reunite them.’

The pair were surprised that other residents hadn’t come across the papers before.

She added: ‘There have been a few families here before us, so it is surprising we are the first to have found them.

‘It was quite interesting looking through that copy of the Gazette.

‘It only cost 3p in those days and had a story in titled “under the carpet” which we thought was quite funny.’

Get in touch at [email protected]