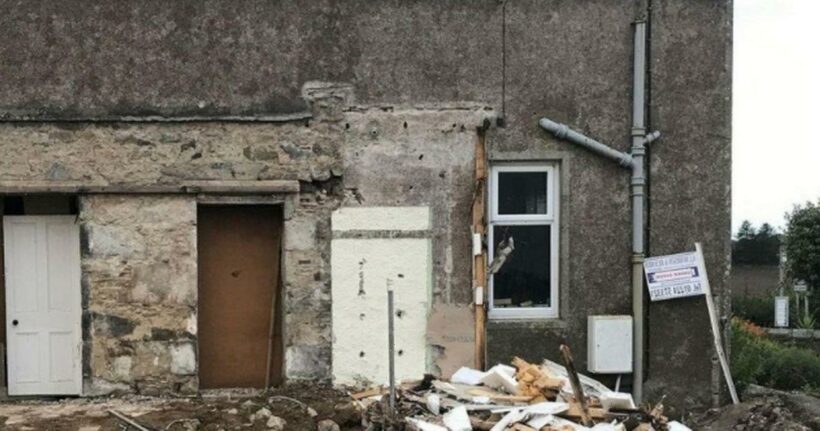 A couple have revealed how they transformed an old stone cottage into a stunning new property.

Mark Cunningham moved into his partner Mark Strachan's late grandparents old cottage with a plan to renovate it.

He, along with his home designer beau Mr Strachan, embarked on an 18-month long renovation project in 2017.

As Mr Cunningham studied architecture at university, he knew just how he wanted to transform the home.

The couple turned the cottage into a modern home ideal for a couple in their early 30s, reports the Daily Record.

It had been passed down through the family for 40 years with charming, yet dated, features about it.

The pair, whose joint Instagram page has 19,600 followers, called their style of the 100-year-old cottage as a mixture of new things. Mr Cunningham said: "I like there's a juxtaposition of old and new from outside. I like that it's not the kind of thing people expect."

It was Mr Strachan's dad, a joiner, who did the majority of the work while the couple got their hands dirty with gutting the place.

They also repainted while working full-time jobs and living off site.

Together with professionals who took care of electrics and plumbing, the team knocked down the place. Now the finished product is a home that is light, bright and more fitting for modern day living.

They knocked down walls and opened the place, with one less bedroom, but with better entertaining spaces.

In total, they spent the same amount of money on the renovation as they did buying the house.

The couple retained original features like the fireplaces and an arch in the hallway, giving it the best of both worlds. Want all the biggest Lifestyle news straight to your inbox? Sign up for our free Daily Star Hot Topics newsletter

"Like throughout his childhood, he lived here at one point for about a year when his mum and dad were building their own house.

"Although it is different to what it was like when his granny and grandad had it, we still reminisce about when he was a kid then."