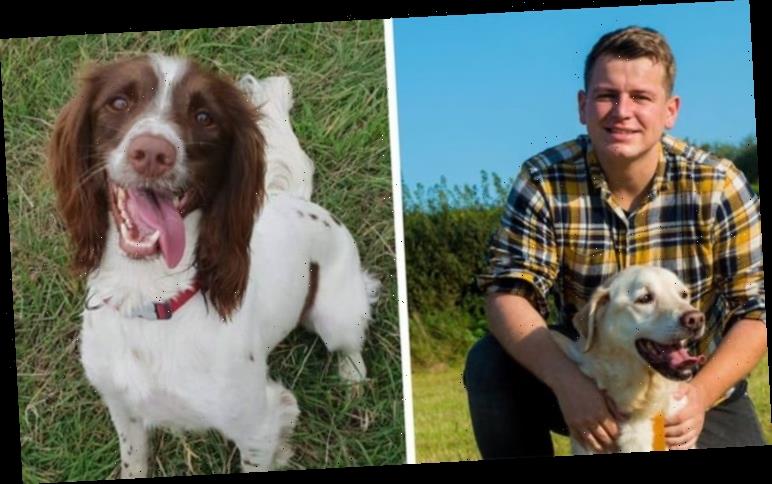 Brexit: Expert says to ‘plan in advance’ for taking pets on holiday

So Charlie was utterly devastated that she could not be at the side of her “elderly gentleman” of a feline when he was put to sleep, aged 19, because of the pandemic’s stringent social distancing rules. Barred from entering her local veterinary surgery, she was met outside by a nurse with a clipboard who was more interested in arranging payment than allowing Charlie, from Bristol, to say goodbye to her beloved pet. When the moment came to hand George over, she was in floods of tears and he was distressed, cowering at the back of the pet carrier.

“I couldn’t get him out,” she recalls. “It was traumatic. I suggested to them that they set up a quiet space. Being outside made me feel really vulnerable and exposed. It left a tarnished memory.”

She is far from alone. It’s hard to lose a pet at any time, but when it happens in lockdown it can be a particularly brutal experience.

Some owners, like Charlie, have not been allowed to share their pets’ last moments in the treatment room. Others have had to watch as their animals are euthanised on forecourts and in car boots.

And charities have reported a big rise in calls to bereavement helplines as social isolation heightens the personal grief.

Pet ownership has exploded during the pandemic as many of us have relied on the love and companionship of our pets to get us through. Dog sales have shot up during the past year. But there is a price to be paid when it’s time to say that last goodbye.

TV star Miranda Hart wrote movingly about her loss during lockdown recently after revealing she was taking a break from work following the death of her beloved dog Peggy. 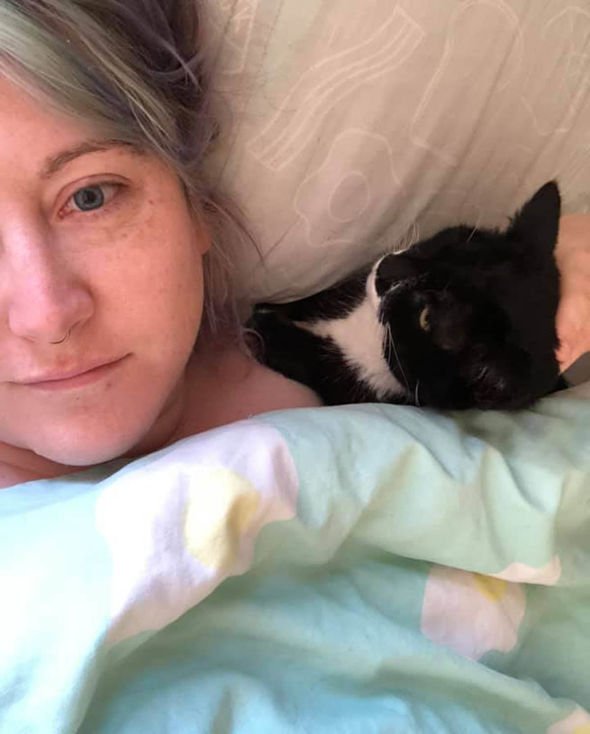 “Fellow dog owners will know the excruciating sadness of losing your loyal, loving best friend,” she said on Instagram. “The pain mirrors the unique joy, connection, comfort and love they bring. And Peggy was my absolute rock and source of all those things.”

To those who have experienced it, the death of a pet is a genuine bereavement. Amber Burke, 52, is another owner who had to endure a traumatic goodbye. Her cat Daisy was put to sleep by a vet in her car outside the practice because she wasn’t allowed inside.

“It was horrendous,” she recalls. “The poor vet was trying to do the right thing and give us and her as much dignity as possible but it was so strange putting a cat down in the back of your car.”

Daisy, of the Norwegian forest breed, was diagnosed with cancer during the first lockdown and was put down in early May. She was only seven years old.

“I was absolutely devastated, I loved her so much,” says Amber, from near Oxford.

Daisy had a tortoiseshell mane requiring regular grooming that she tolerated good naturedly. She drank tea from cups and had a penchant for salt and vinegar crisps.

“We were having a barbecue once and she came out to see everyone, got over-excited when someone dropped a crisp and then fell into the pond,” laughs Amber.

When her partner Jules underwent chemotherapy for oesophageal cancer, Daisy sat next to her on the sofa day after day. “She knew that she needed company,” says Amber.

Daisy is buried in the garden beneath her favourite daisy patch where she liked to lie on warm days.

“As I dug her grave and buried her, I chatted to her the whole time, telling her what I was doing,” says Amber, her voice breaking.

“I still stay hello to her every time I’m out in the garden and tell her what I’m doing, which sounds stupid, but I just couldn’t get over her. I’m still not over it obviously.”

Diane James, the manager of the Blue Cross Bereavement Support Service, says the situation is gradually improving, with more vets trying to allow owners into surgeries to be with their pet until the last moment.

But a survey commissioned by the charity revealed two months ago that 35 per cent of people whose pet had died during the pandemic were not there at the end of its life. 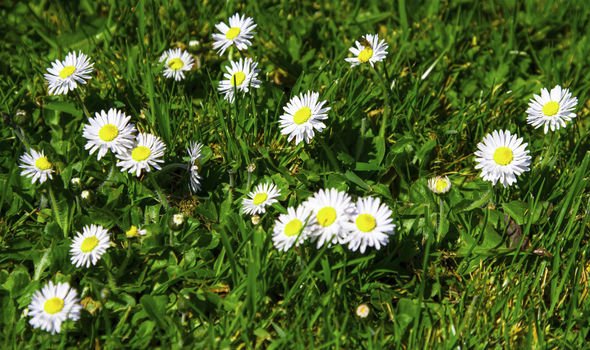 “People realise that those last moments for both the animal and yourself are vitally important,” Diane says. “The guilt and the grieving is more complex when a person can’t be with their pet.”

Her team of 110 volunteers, who answer phone calls and emails 365 days a year, received 14,200 last year compared with a few thousand five years ago. Calls in December rose by 38 per cent in a year.

“People are struggling even more so than normal,” says Diane.

Those who live alone are at particular risk of loneliness if their pet was their only companion, she says.

Companies are not legally obliged to offer employees compassionate leave when a pet dies but Amber took a day’s regular leave and said it was necessary as “she was a bit of a wreck and couldn’t concentrate”. At the very least, pet owners say, more understanding from colleagues and friends would help.

“There is an attitude that it’s ‘just’ a dog or cat, it doesn’t matter, you just get another one,” says Charlotte Banks, whose Blue Cross rescue dog, May, died shortly before Christmas. “That makes me sad and angry because it completely devalues the special relationship we have with a pet.

“It’s not the act of having one, it’s about that particular pet, one that gives you purpose and a routine which right now is more important than ever.” 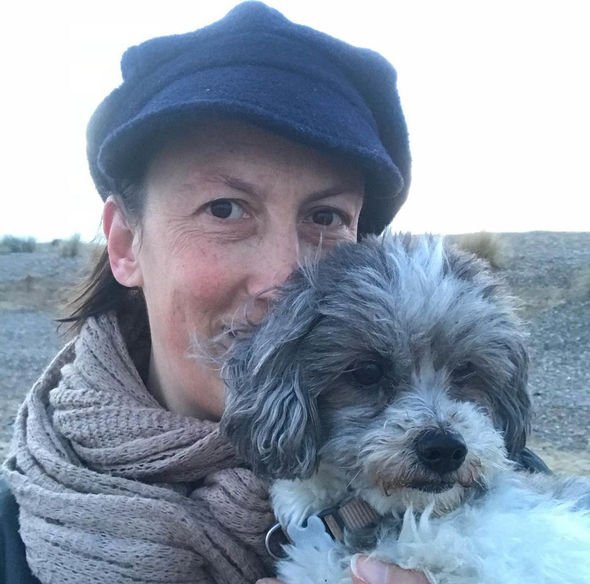 Charlotte, of Cirencester, Gloucestershire, says she has cried “most days, if not every day” since her saluki-greyhound crossbreed died and says lockdown has exacerbated her grief. Her only comfort was being able to stroke May and cradle her head at the end.

“In the past, I could go and hug my mum or take a walk with a friend so you are not alone,” she says. “Not being able to do those things right now is hard.” May was put down after exhibiting aggressive behaviour. She suffered a traumatic start in life and was thrown from a car.

“Rushed to a London hospital run by the Blue Cross charity, vets discovered she was already weak from the often-fatal disease parvovirus and her survival was by no means certain.

Charlotte, a Blue Cross fundraiser, fell in love with her and brought her home. “She was nervous of people and animals but she was a sweet and gentle dog,” she says.

The healing process went both ways. Charlotte had escaped an abusive situation and lost her previous dog. “I was learning how to be by myself again,” she says. “Even simple things like going outside were scary for me. 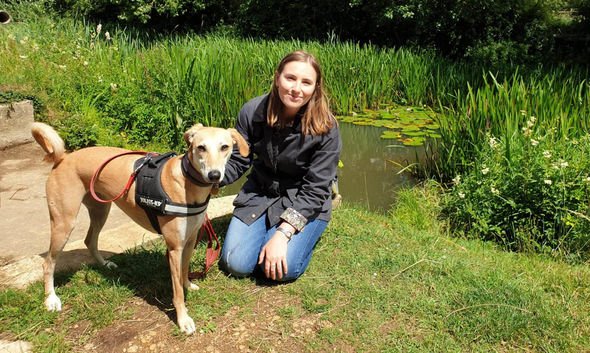 “There was this lovely dog that had had a tough time as well and I thought the two of us could help each other. I can honestly say I don’t think I would be here without her.”

Nick, who was a teenager when he got Chester, says it was already “the worst day of his life” but one made more difficult by his dog being put to sleep in his van in a vet practice’s car park.

“There were people turning up for normal appointments while me and members of my family were crying our eyes out,” he says. 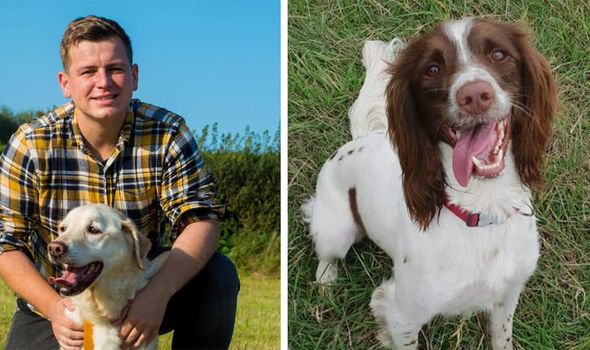 But for the pandemic, Chester would have died at home snuggled up in his bed in the kitchen.

“We had said for years that when any of our animals had to be put down, we would pay the extra cost for the vet to come to the house so they could die somewhere where they were comfortable,” says Nick, of Bristol.

He acknowledges the restrictions placed upon vets but sighs, “It’s been frustrating”.

He now plans to take his two other dogs, Pablo, a terrier-mix, and Louis, a Chihuahuapug cross to work in the future.

“I include dogs as my family and Chester dying brings home the fact that they’re not around forever but a short period of time,” he says.

“Rather than leaving them at home all day, I would rather make the most of whatever time I have with them.” 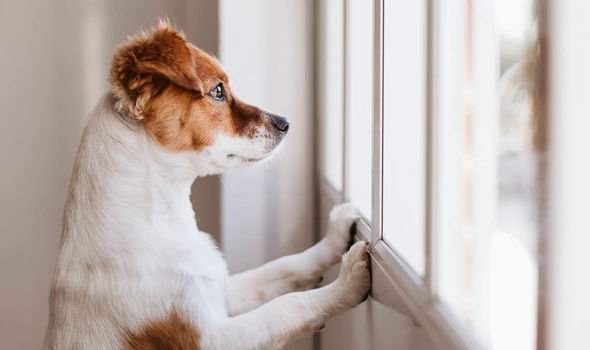 Despite performing lifesaving tasks in difficult situations, large numbers of veterinary staff in England lost their “critical worker” status on January 13, meaning their children are no longer entitled to attend school in lockdown.

The British Veterinary Association has criticised the decision and TV vet and father-of-four Dr Scott Miller says the move is a “kick in the teeth” for his profession, warning a lack of childcare will lead to staff shortages and “invariably lead to delays” in treating animals.

He says: “Nothing has changed for our industry from a risk perspective so to be declassified is mystifying.”

He cites a recent case where he had to put down four-year-old springer spaniel Bella after she chased a squirrel across a road in Richmond Park, London, and ran in front of a car. 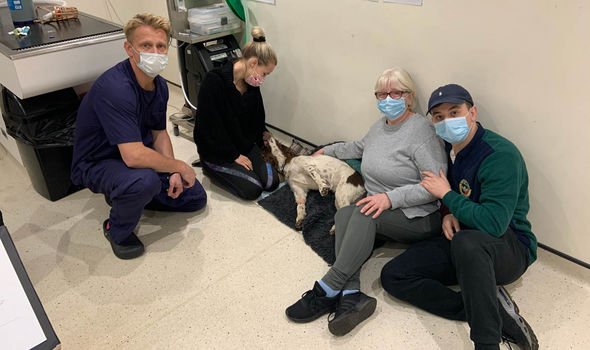 Owner Mary McLaren, 62, immediately called Scott and within 15 minutes was at his surgery, which he opened up for her while abiding by Covid regulations.

“Scott sedated her and gave pain relief before X-raying her, which is when we realised her spine was fractured and damaged beyond repair,” says Mary of west London.

“He couldn’t have been more helpful than he was and allowed me and my two children, Thomas, 25, and Tasmin, 28, to have two hours with Bella to say our goodbyes while he attended other calls. “Bella was on strong painkillers but she was definitely aware we were there.

“It would have been horrendous had we not been with her.”

A Defra spokesperson said: “All veterinary practices are permitted to remain open under the current coronavirus restrictions in England, provided Covid-secure guidelines are followed.

“Vets who are supporting the EU transition response and involved in food supply continue to qualify as critical workers.

“We are working closely with the veterinary industry to ensure that animal welfare is maintained throughout this difficult time.”