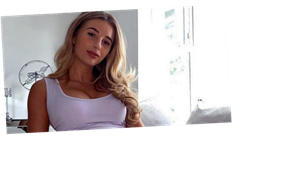 Pregnant Dani Dyer is gearing up to welcome her baby this month so is currently busy making sure she is ready to go with a perfectly packed hospital bag.

The 24 year old shared her organisation skills with fans on her Instagram story, giving a look inside her expertly compiled list divided into categories of everything she could possibly need.

Dani certainly won't be caught short having paid serious attention to detail after admitting that she can't stand forgetting even one thing.

The star even specified the brand of each item – with lots of it being from her maternity range at In the Style.

However, trusty Primark was the choice for the nighty that she plans to give birth in.

Dani, who recently revealed she auditioned for Holby City, also shared with fans her post birth knickers – explaining that she will be going one size bigger for comfort.

The reality star also showed off a big selection of toiletries – including the contents of a Ritual advent calendar meaning that all the products are suitably miniature.

Dani admitted that she is a huge fan of pregnancy specific toiletries from Mamma Mio and packed a selection – including a trusty hand sanitiser.

The Love Island winner is expecting her first child with boyfriend Sammy Kimmence, who she rekindled things with following her split from Jack Fincham.

Fans are convinced Dani is having a boy, but the star isn’t planning on revealing the gender until the birth.

Dani has previously said that she’s found pregnancy difficult, keen to point out how misleading images on social media can be.

“Social media can paint a picture that being pregnant is so easy but the reality is it can be really tiring and hard sometimes," the TV star wrote.

"I've suffered from severe migraines, tiredness and I started going off so many foods when I first fell pregnant,” the star wrote in an Instagram caption.

Dani previously revealed that she had been having recurring dreams about having to give birth on the side of the motorway.

"My fear is giving birth on the motorway," the 24-year-old confessed to the Daily Star. "I keep on having nightmares."

"I feel like when women have been pregnant before the whole Covid stuff, now it must be a massive struggle to be going through this time and also being pregnant."

The star admitted her main pregnancy side effect was fighting the urge to redecorate.

Dani recently shared pictures of the finished space which is, of course, already perfectly organised.