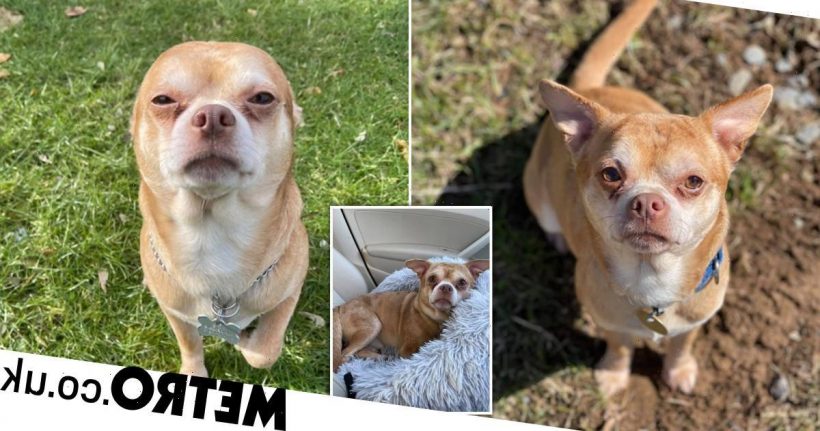 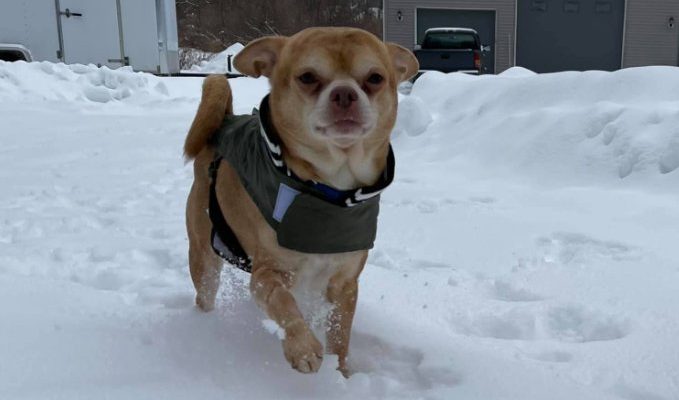 A chihuahua dubbed ‘neurotic, man hating, animal hating, and children hating’ has found a forever home after a viral advertisement from his previous owner.

Prancer, a two-year-old pup living with Tyfanee Fortuna in New Jersey, was the butt of the joke when the mum began looking for a new home for the dog.

She joked that she’d tried to rehome him using ‘palatable’ descriptions, but that she had to be honest about how he was a lot to handle.

Some choice phrases from the original ad include that he looks like a ‘gremlin’, and is ‘50% hate and 50% tremble’.

Tyfanee added: ‘‘He hates men more than women do, which says a lot. If you have a husband don’t bother applying, unless you hate him.’

Proving every pet – no matter how big a personality they have – has a perfect owner, Prancer was snapped up by Connecticut woman Ariel Davis.

The 36-year-old adopted Prancer after seeing the Facebook post, telling Today he reminded her of a previous dog of hers.

‘I had a dog (Doodle) that I adopted probably about seven years ago and I raised him from a puppy and he was a Chihuahua/Jack Russel Terrier mix,’ she told the outlet.

‘He had a lot of the same qualities as Prancer: he was a little neurotic and he barked a lot and he didn’t work well with other people and other animals.

‘I spent a lot of time working with him and understanding his personality and learning about myself through him.’

Ariel is a lesbian and single, so there won’t be any men coming around to upset woman-loving Prancer.

The new dog mum also works at the marijuana addiction centre where she was in rehab for two years, saying she now feels ‘stable enough’ to care for him ‘even though she not looking to replace Doodle’.

Prancer is adjusting well, but Tyfanee joked that she’s overjoyed the chihuahua’s time at her home is over.

In another post that echoed the initial adoption ad, she wrote: ‘Time flies when you’re having fun. Time also flies when the Chihuahua who held your family hostage for 6 months finally gets adopted.

‘Prancer is almost a distant nightmare to me now, even though he was adopted just over a week ago. His adoption day was one of the best days of my life. On the flip side, I couldn’t help but feel a bit wrong….it was like expelling myself of a demon and passing it on to someone else.’

She concluded, however, that she’s happy Ariel loves him and knows exactly what she signed up for, adding: ‘In closing, we do miss Prancer and he was loved here despite his quirks… However, being relieved of the constant haunting of a Victorian child has me sleeping easier.’

As it turned out, using humour to find a suitable home for a small dog with a lot of feelings did pay off.

Ariel is now documenting her bonding experience with Prancer on Instagram, so if you’d like to keep up with his demonic self, you can do so here.

Do you have a crazy pet you’d love to share with the world?

Send us your story at [email protected]