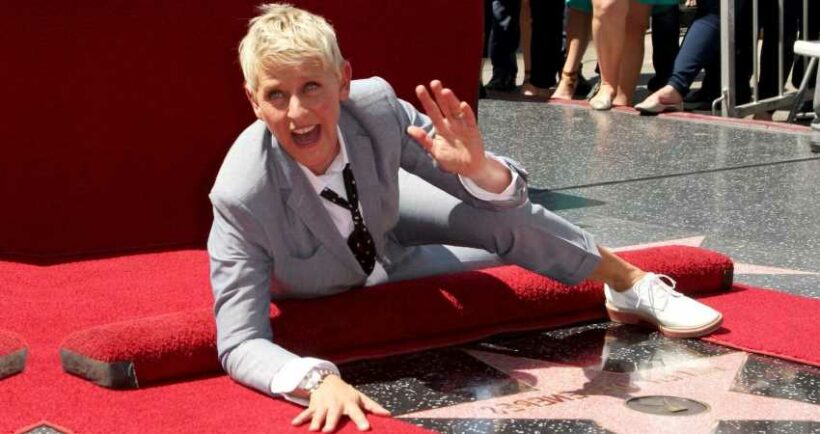 During her recent outing in Santa Barbara, DeGeneres proudly showed off her maroon classic convertible. The Heritage Design Edition is a limited-edition model that was just released a few weeks ago.

To date, DeGeneres’ Porsche collection is reportedly worth $1.5 million, which is nothing compared to her $370 million net worth.

Three years ago, DeGeneres appeared on Jimmy Kimmel Live! where she revealed that she enjoys driving herself to different destinations. Even though she’s a famed celebrity, Portia de Rossi’s wife said that she hates being chauffeured around.

The comedian also revealed that she’s a fast driver, and she tends to drive a little over the speed limit. And she didn’t get a ticket even after a cop stopped her for overspeeding. After all, she’s a celebrity.

Last week, DeGeneres also received flak after she revealed that she was high on weed drinks when she rushed her wife to the emergency room. She also confirmed that she took two melatonin supplements before they sped off to the hospital for de Rossi’s emergency surgery.

“I drank one and I didn’t feel anything. So, I drank three. And then I took two melatonin sleep pills,” she told Kimmel.

DeGeneres also said that her adrenaline eventually kicked in once she was behind the steering wheel.

“It’s probably not safe, I shouldn’t be saying any of this,” she said.

According to Insider, the weed drink that the funny woman consumed is called Cann and it is microdose with cannabis.

But even though DeGeneres consumed the drink, she made it clear that she’s not addicted to weed. In fact, she hates pot.

“I hate pot. I really hate the way it feels. People have pushed gummies [with weed] on me ’cause they’re like, ‘Oh it’s nothing like that.’ As a matter of fact, my assistant Craig gave me a gummy because he had a hard time sleeping,” she said.

Still, DeGeneres was criticized online for putting herself and de Rossi’s life at risk during their hospital run. However, no one can question the comedian’s penchant for Porsche sports car because she uses her hard-earned money for it.