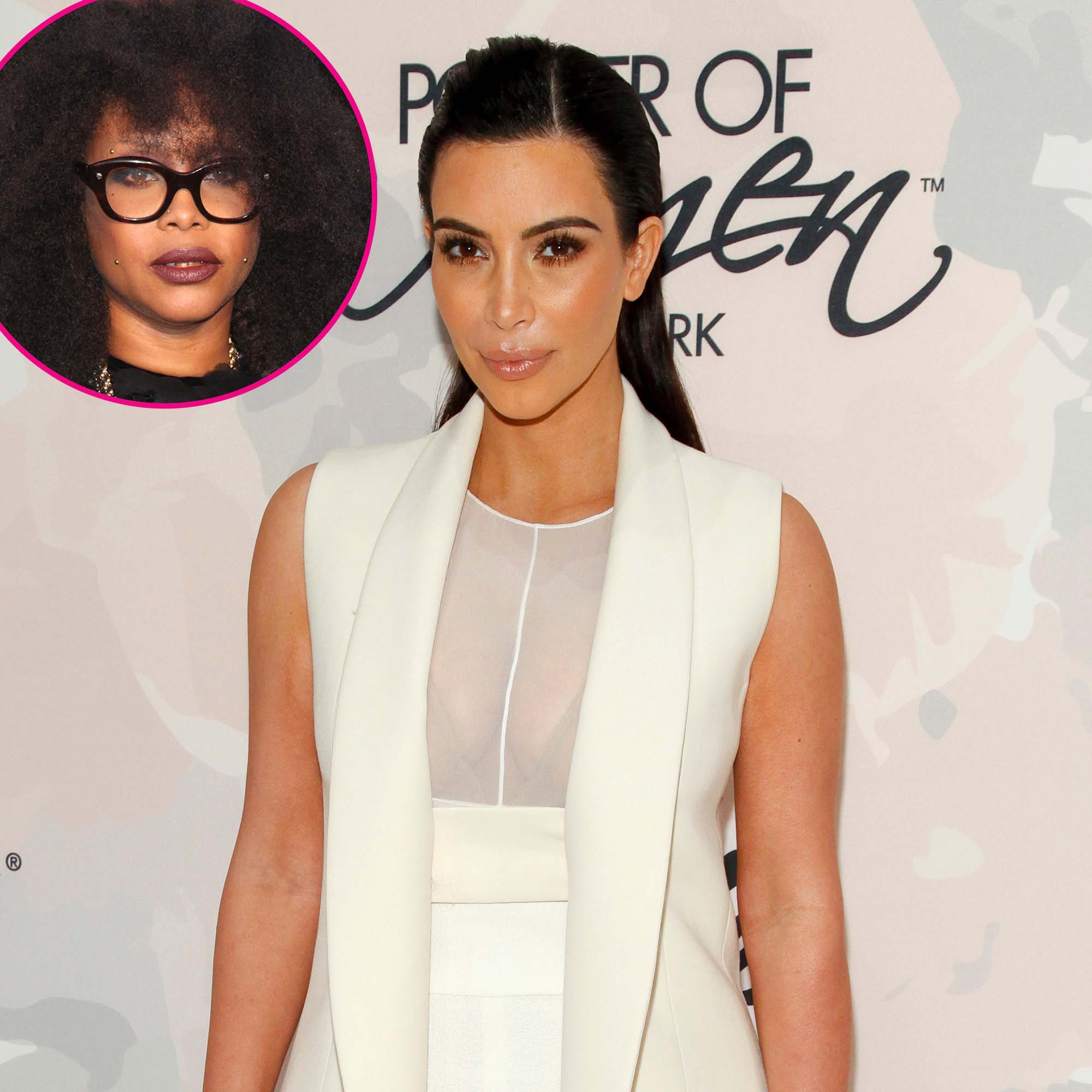 Accidents happen! Erykah Badu gave Kim Kardashian‘s Skims some unexpected promotion when she admitted to going to the bathroom through her “panties” because they’re so “comfy” that she forgot she had them on.

The praise caught the attention of Kim, 41, prompting the reality star to repost the message on her Instagram Story.

“It’s actually the biggest customer complaint J/K LOL,” Kim wrote over a screen grab of Badu’s tweet. “I got you Queen. We are sending you fresh new @skims panties ASAP !!!”

Badu isn’t the only celebrity obsessed with the shapewear brand. Stars including Nicki Minaj, Ashley Graham, Jenna Dewan and La La Anthony are also fans of the collection. 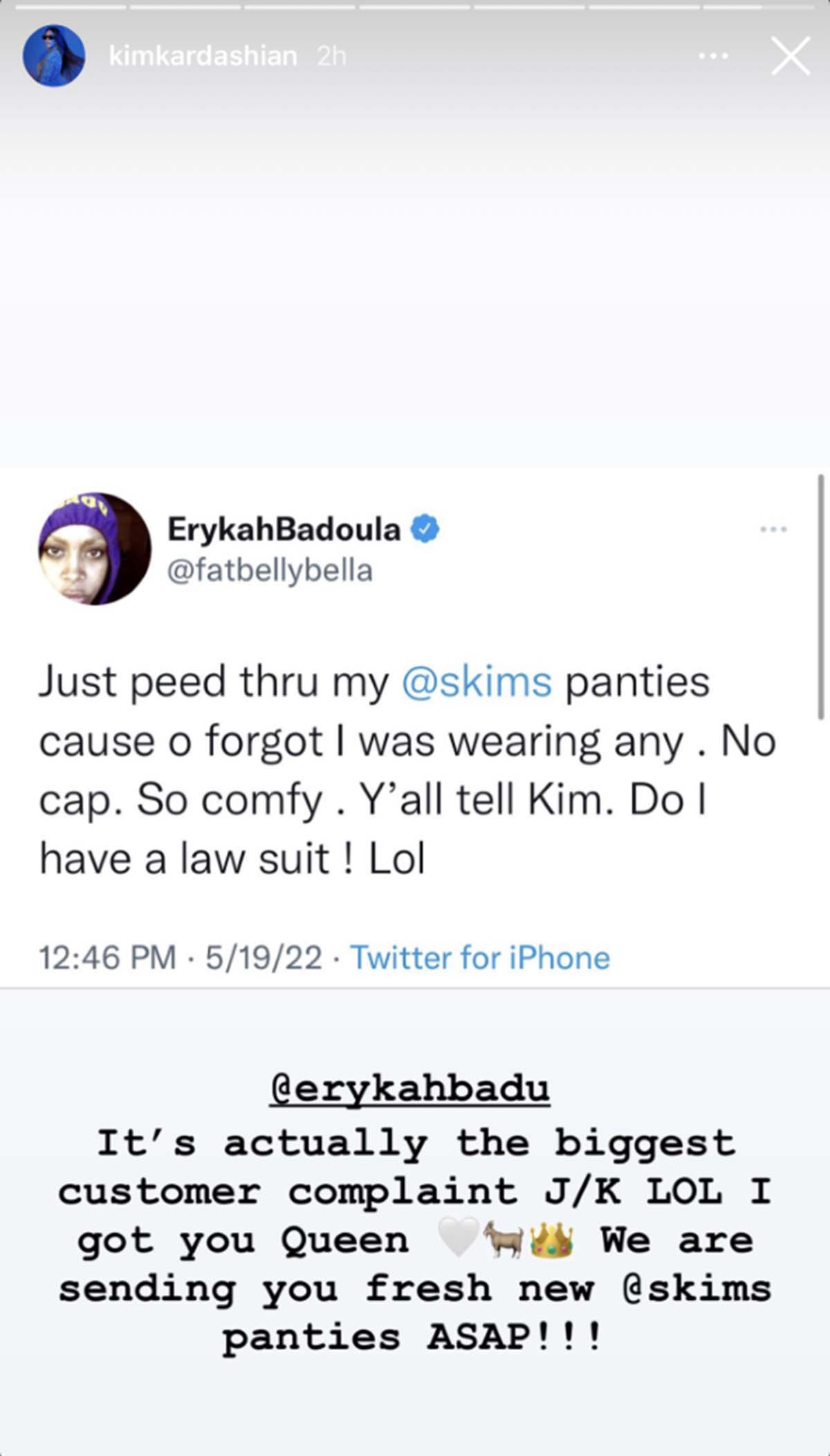 Kim’s sisters Khloé and Kourtney Kardashian have also been known to rock pieces from the label. However, Khloé, 37, revealed one critique of Skims on an episode of Hulu’s The Kardashians. On the April 14 season premiere of the family’s new reality series, Khloé told Kim the brand’s bodysuit needs more fabric.

“I do have a bone to pick with you,” Khloé told Kim as the two were about to have lunch. “Just about Skims. So, you know, you guys make fun of me for having a bigger vagina than most. You know the bodysuit, the one that has ruching … I’m wearing it right now, and it’s amazing, but [the fabric is] a sliver. The vagina needs a little more fabric. Just a little wider.”

Kim launched Skims in 2019. She first introduced the brand with undergarments, including bras, underwear and shapewear, but has since expanded to offer loungewear, dresses, pajamas, swim and pieces for men.

Earlier this year, during an interview with E! News, Kim shared that her boyfriend, Pete Davidson, wears Skims.

“[Pete] has the boyfriend collection. The shirts and T-shirts and underwear. Super comfy. Every guy enjoys it. It’s the most soft and comfy ever,” she told the outlet.

The Keeping Up With the Kardashians alum was first linked to the Saturday Night Live star, 28, in October 2021, eight months after she filed for divorce from Kanye West.