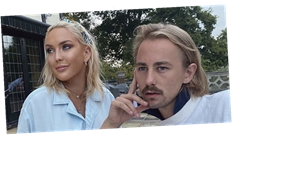 Freddie Browne joined the cast of Made in Chelsea in 2019.

And the Chelsea-born car enthusiast has garnered 16,000 Instagram followers since his debut on the E4 show.

But what do we know about Freddie? Let’s take a look…

Where did Freddie go to school?

Freddie Browne attended Bradfield College in Berkshire from 2009 until 2014.

What does he do?

Freddie worked as a sales associate at Charles Tyrwhitt after leaving Bradfield College in 2014.

He has since worked as a marketing and media manager for high-end bar Mahiki in Kensington and is now an ambassador for independent bottler Hah Whiskey.

Freddie also appears to be a lover of vintage motors and is a regular at Webb’s Of Weybridge – a classic car hire company.

The reality star can be seen cruising in an Austin-Healey on his Instagram as well as a red MGA.

Who is he friends with?

Freddie is seen on his Instagram posing with many fellow MIC cast members.

He has most recently been photographed with Verity Bowditch and Amelia Mist.

How did he start on Made in Chelsea?

Freddie joined the show in 2019 alongside six other new faces including Amelia Mist and Angus Findlay.

He revealed to OK! in 2019 that he was ‘scouted upon the gram’ before he was contacted by producers to go on the show.

Freddie has managed to keep his love life private and it is not known if he is currently dating someone.