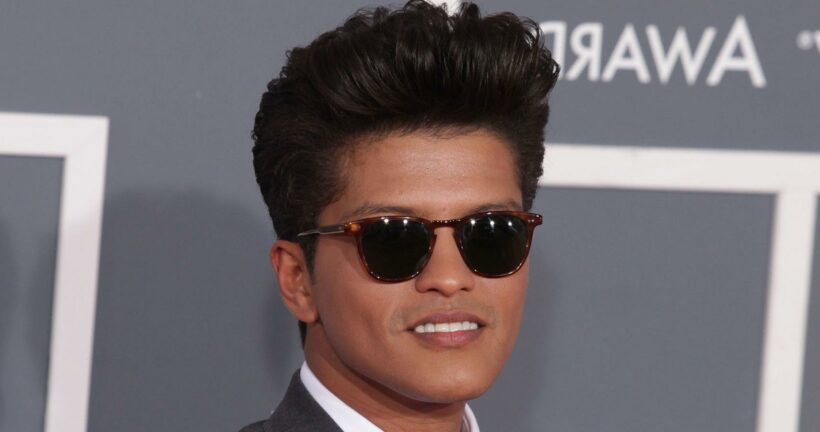 A famous American singer, Bruno Mars, is exploring himself by trying new areas for self-expression. This time, the star tries himself as a creator of a new lifestyle brand in collaboration with Lacoste. “I’ve been very fortunate to have been asked to do collaborations in the past, but it always came with guidelines. Lacoste was the first and only brand that said ‘Bruno you can do whatever you want.’ The respect of such creative freedom coming from a heritage fashion house was an honor,” says Mars’s commentary on the press release.

It’s not the first time celebrities appear with their alter-egos to introduce other projects. For example, David Bowie created Ziggy Stardust as a stage name for The Rise and Fall of Ziggy Stardust and the Spiders from Mars album. Likewise, Beyoncé introduced Sasha Fierce in her double album, with I am… as the first disk and Sasha Fierce – the second. So did Bruno Mars for the creation of his fashion brand with Lacoste. So, he’s chosen Ricky Regal as an alternative name.

The Lacoste x Ricky Regal collection includes footwear, T-shirts, accessories, tracksuits, polo shirts, and even a limited number of aviator sunglasses. The whole collection is inspired by the 60s and 70s chick, the Miami nightlife, and love to live music. Yet, the collaboration started a couple of years earlier. Bruno Mars and Louise Trotter, Lacoste’s creative director, were cooperating for a while, and that led to the formation of the new project.

According to Rolling Stone magazine, Mars was very confident about his ideas from the very beginning. “Bruno had a very clear vision of what he wanted this to be and was deeply involved every step of the way, leading the creative process closely with Louise. The dynamic duo complimented and challenged one another in the best way possible,” says the source mentioned in the magazine.

It’s the first collaboration Mars has with a fashion brand. Lacoste characterizes the brand as ‘everyday sports luxury‘, the collection as a ‘seductive palette of strong colors’, and Ricky Regal’s ‘flamboyant rhythm’. Well, the sporty style accompanied by the 1970s glamour makes the collection bright and catchy. Apart from that, the bold colors, like mustard yellow or deep purple, make the clothing look stylish and chic.

READ NEXT: Living Less? 10 Celebrities Who Left Hollywood For a Normal life