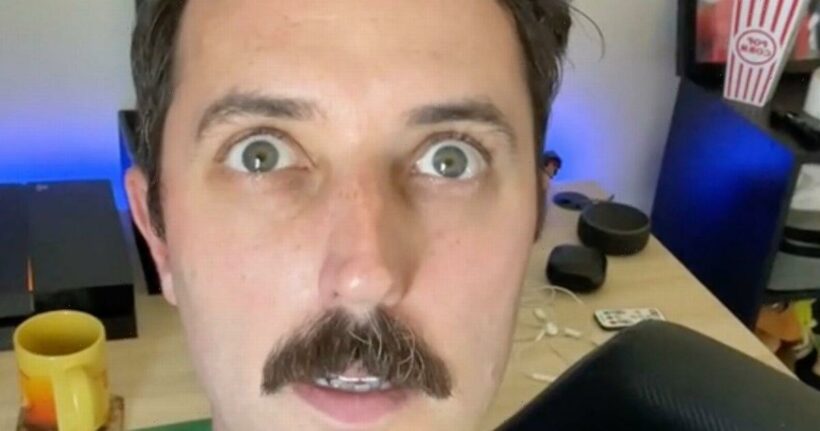 A man was fed up with his upstairs neighbours playing loud music – so came up with a solution to "warn" them to keep it down.

Matt O'Brien said he got frustrated by the noise upstairs and decided to take matters into his own hands to tackle the problem.

"My upstairs neighbours are being loud again and for some reason, I'm still able to connect to their bluetooth speaker," he said.

Then he turns to his computer and pulls out a file, titled "Loud neighbours song", and clicks on the latest mp3 file.

Named as "neighbour song 3", the 20-second track plays the opening of classical music masterpiece Beethoven's 5th Symphony — but with a twist.

Matt adds his own voice and composes lyrics to it, singing: "Your music sucks… please turn it down.

He then connects his computer to a Samsung loudspeaker and plays the song, which can be faintly heard from upstairs.

At the end of the song, his neighbours seem to get angry and start banging the floor.

One suggested: "Two hours of Baby Shark or song that never ends, they won't ever do it again."

"If this ever happened to me, I would absolutely love it then happily turn it down. Accept defeat!" a second wrote.

Others suggested their own revenge methods, with one viewer sharing: "I had neighbours I hated so I changed my WiFi username to 'ihatemyneighboursatno10'."

"If someone hacked into my speaker and did this, I would die laughing," another added.

Others asked Matt if his trick worked – but he didn't answer directly.

The TikToker joked: "Yeah I love to bother all my neighbours, begging them to make TikToks with me. You cracked the case!"

For more lifestyle videos, sign up to our free Hot Topics newsletter here.