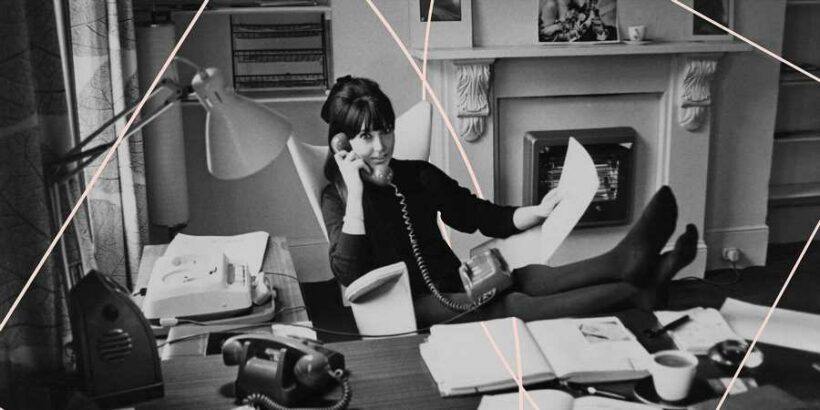 Let's be honest: Dating in our post-vaxx world is confusing as hell, especially when it seems like the rules — both spoken and unspoken — are constantly changing. One of the most frustrating parts, in my experience at least, is not knowing where you stand with a potential suitor and feeling like you're not in the driver's seat of your own dating life.

But there is a new dating trend that puts you back in control while keeping open and honest communication with any potential partners. It's called hardballing, and it's pretty badass, IMO.

So what exactly is hardballing and how do you do it (and nicely)? Here's the scoop from dating experts.

Essentially, hardballing is being the CEO of your own dating life, meaning you operate from the premise that you have no time to waste on people who aren't living up to potential, so you make quick and hard decisions.

Logan Ury, the Director of Relationship Science at Hinge, puts it this way: "Hardballing is a new dating term that means someone is being clear about their expectations of a relationship, whether you want a serious long-term partnership or a casual fling."

Like a boss, you're straight to the point and direct with what you're looking for out of this exchange, whether that's something serious or casual. And laying it all out on the table can help you decide quickly if the prospect is on the same page as you. Bottom line: Hardballing getting right down to business and not playing games or wasting your time.

What’s the Best Way to Be a Hardballer?

If this all sounds great to you, it's pretty easy to do. The first step is actually figuring out what you want from a relationship. Know your intentions going into it and think about the things you want in return, suggests Ury. And then the next very important step is communication. Honest and open communication is imperative in every lasting relationship, but especially potential romantic ones.

Of course, there's a fine line to walk here. Matchmaker Susan Trombetti, CEO of Exclusive Matchmaking, tells us delivery is everything and that there is a fine line between healthily communicating what you want and deserve and coming off entitled, demanding, or rude.

"Hardballing isn't an opportunity to speed date till you get the right answers," Trombetti says. She also suggests dating around in the early stages so that you don't put all your eggs into one basket. "Date several people at once in the beginning so that you are confident that this person offers you what you are looking for," she says. "Have options; don't just zero in one person and project your wants on them."

If you're using dating apps, like Hinge, Ury recommends being upfront about what you want right on your profile so you waste as little time as possible. You'll hopefully attract users looking for the same thing. Those who aren't will hopefully keep on scrolling in the opposite direction. "This will help you turn the right people on and turn the wrong people off," says Ury.

What Benefits Does Hardballing Have?

If done properly, hardballing can be a great way to cut out any of the subsequent B.S. that comes along with dating. For example, "Hardballing could help you avoid situationships — undefined romantic relationships that can cause a lot of stress and uncertainty between partners — because it encourages you to be direct about what you're looking for," Ury tells us.

As people get vaccinated and in-person dating picks up again, Ury and her team at Hinge conducted an experiment with over 12,000 participants that uncovered one in three (34%) Hinge users say that in the past year, they have been in a situationship, even though 75% are actually looking for a relationship.

"The best way to avoid a situationship is to be clear and honest from the beginning about what you're looking for. You don't want to be six months into dating someone only to find out you're not on the same page," Ury says.

Being straightforward and honest about your wants — aka hardballing — can eliminate the guesswork that comes along with dating. "It attracts people whose relationship vision aligns with yours and deters the ones who aren't looking for anything serious," she explains.

Are There Any Downfalls to Hardballing?

As badass as it sounds, there are downsides to hardballing, especially if you go about it in the wrong way, Trombetti tells us. And in some situations, hardballing can have a similar effect to self-sabotage, giving you an excuse to turn people down before truly giving them a shot. Plus, it can turn some people off before you even have your answer.

"It's a bit liberating to know that you control your destiny and own it, but it can also be a turn-off if the delivery isn't right," says Trombetti.

She also warns that after expressing what you want out of a relationship, some people will just tell you what you want to hear — so it's important to give the person a chance to prove themselves either way. "Actions speak louder than words, and this is what really matters," she says.

If you're the one being hardballed, both Ury and Trombetti recommend you listen and respect what they have to say — and then decide if their wants align with yours.