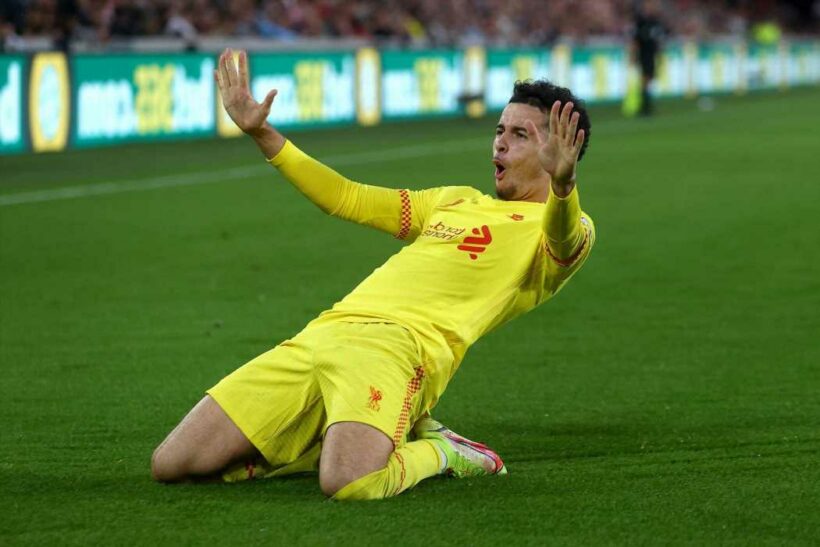 TRANSFERS have been refreshed but that doesn’t mean we should neglect the master of Dream Team Game Week 6.

Cardiff fan Mark Lumber added 129 points to his total in the last week, more than any other Dream Team gaffer – well played, sir.

A mix of Premier League heroics and European exploits helped him gain a lot of ground – Mark is now 68th in the overall leaderboard, very much putting him in the mix for the jackpot.

Let’s take a closer look at his XI…

Lionel Messi’s beautiful first goal in PSG colours did some damage to Manchester City’s defensive assets but not enough to counter their impressive clean sheet at Stamford Bridge last weekend.

Joao Cancelo (£5.4m) is once again proving to be an untouchable force in his position.

Mark is one of the 0.6% of Dream Team managers currently backing Ezri Konsa and he was rewarded with eight points last Saturday as Aston Villa beat Manchester United at Old Trafford.

Ferran Torres (£3.7m) and Bruno Fernandes (£6.2m) produced just five points between them but Mark’s midfield was saved by an inspirational showing from Curtis Jones (£2.3m).

The Liverpool youngster earned more points (20) in Game Week 6 than any other player in his position – he was brilliant against both Brentford and Porto.

It almost goes without saying these days that the best team of the week includes Mohamed Salah (£7.0m).

The Egyptian is in sensational form and is by far and away the top points scorer overall at this stage.

When all was said and done at the King Power last Saturday, Jamie Vardy (£4.2m) banked 13 points after scoring twice at the right end and once at the wrong end.

Leicester’s No9 has certainly rediscovered his scoring touch at the start of this season despite the Foxes’ inconsistent results.

The Tottenham forward looked borderline disinterested during a disappointing north London derby display and when he was named as a substitute for NS Mura’s visit to the Tottenham Hotspur Stadium in the Europa Conference League it looked as if he was destined for another blank.

However, Kane came off the bench to score a late 20-minute hat-trick to bag 28 points in the blink of any eye.

Incredibly, the England marksman is now the second-best Dream Team player overall despite the fact he hasn’t registered a single point in any of his league appearances.

How long will Mark stick with Kane and can he reproduce the goods in Game Week 7? Only time will tell.