Cheryl Burke is not able to dance with Cody Rigsby on season 30 of Dancing With the Stars, but they’re not out of the competition, ABC announced during the Monday, September 27, episode.

Every ‘Dancing With the Stars’ Pro Through the Years: Where Are They Now?

The professional dancer, 37, and the Peloton instructor, 34, were set to dance the salsa to “Don’t Go Yet” by Camila Cabello on Monday’s show before she learned that she tested positive for COVID-19.

At the top of the show, host Tyra Banks revealed that Rigsby wasn’t allowed in the ballroom since he had been with Burke all week. However, they are still in the running for the mirrorball. The judges were able to base their scores on a taped dance from their rehearsal, which they did during the show. The salsa earned the pair a score of 24 out of 40. 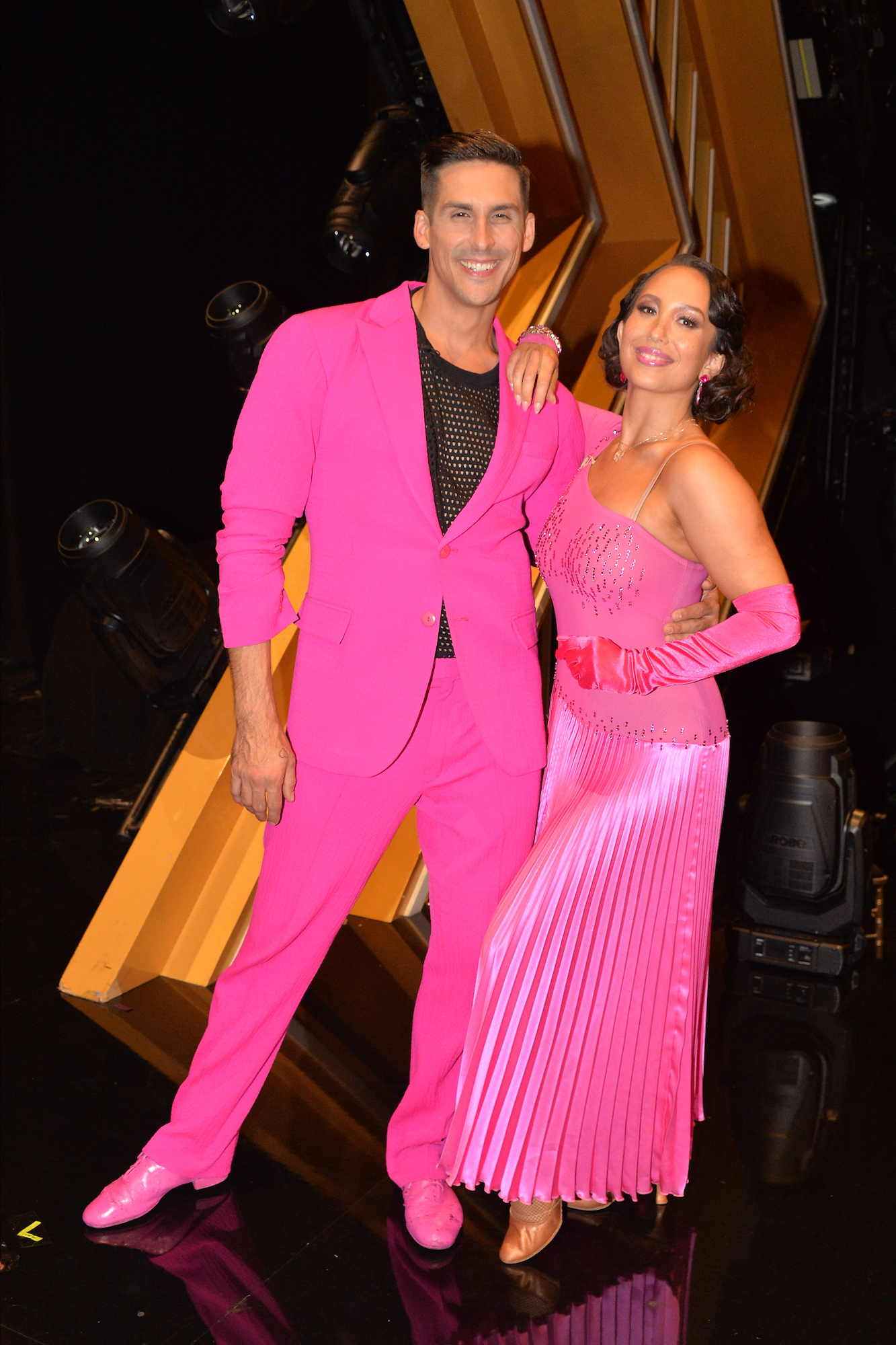 On Sunday, September 26, Burke shared the news via an emotional Instagram video, telling her followers that she had been “feeling progressively worse” and just got the results from a PCR test.

“I just feel so bad,” the two-time champ said through tears. “I feel so bad for Cody, I feel like I’m letting him down. I just feel like s–t to be quite honest, and it’s so overwhelming because it’s Sunday and the show’s tomorrow. … I just hope I didn’t spread it. For those of you who don’t think COVID is a real thing, it’s f–king real, dude.”

Celebrities Forced to Quit ‘Dancing With the Stars’

The former Dance Moms star shared that she feels “scared” and “at a loss for words,” in addition to being exhausted. “I do feel run-down a little bit,” Burke said in the video. “And I feel really sad, because I don’t want to let Cody down. Our freaking salsa was so good.”

Ahead of the season 30 premiere, the I Can Do That alum admitted that she was experience nerves ahead of the show, despite being a vet.

“I’m Nervous for DWTS … Confession time — this may be my 24th time doing #dwts, and even though I’m SO excited, I also have major nerves,” she said on September 20 via an Instagram video. “Doing this show sober has really made me realize my every insecurity and the amount of pressure I put on myself, which is tough.”

Everything Cheryl Burke Has Said About Her Sobriety Journey

Burke, who has been sober for three years, penned an exclusive blog for Us after the premiere about her journey so far.

“The best way to learn is by listening to other people’s stories, and realizing you are not alone. I actually only started going to AA regularly this year, so my substitute for hearing those stories was reading messages from my supporters. My therapist has said that the podcast and YouTube has been the best thing for me as far as an outlet and seeing how my story affects other people,” the California native wrote. “My biggest struggle through it has been actually feeling my feelings. I’ve been through a lot in my past and alcohol used to numb those dark thoughts and feelings, but now I have to face them as they come up. I take it one day at a time, tell myself it is what it is, and try to surrender to that and stop micromanaging. It will always be a struggle, but now I have healthy ways of coping.”