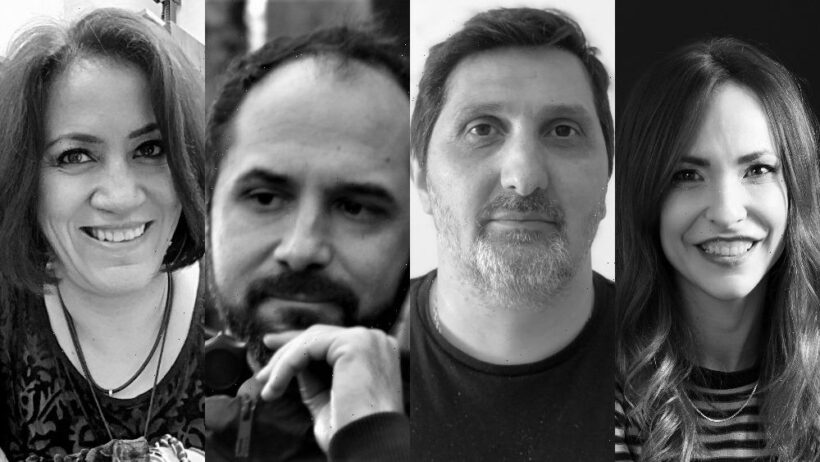 Ventana Sur’s genre-dedicated sidebar Blood Window hosted a special panel this year, The Phenomenon of Fantasy Genre in an Ibero-American Environment: New Content, Formats and Trends. There, filmmakers, producers, festival heads and other industry professionals met, discussed and debated the state of genre filmmaking in Latin America and Spain, coming to a positive consensus concerning the health of fantasy, science fiction and horror filmmaking in the regions for both film and TV.

The day’s discussions were kicked off by Beatriz Navas, general director at Spanish film agency ICAA, and Javier Fernández, coordinator of Blood Window. The two shared anecdotes and data concerning the experiences and positive outcomes of a collaboration launched earlier within the Ibermedia framework, aimed at boosting support for genre film and TV projects and productions. This year’s panel was organized by Ibermedia and Blood Window, with the support of ICAA.

“Collaboration with Blood Window allows us to work with top experts in genre filmmaking and be able to give specific aid to genre films which will benefit greatly from the elevated position that Blood Window has in the horror and fantastic genres.”

According to Navas’ data, in its first year the collaboration received 40 qualified submissions, 32 features and nine series. In addition to the usual suspects – countries like Argentina, Mexico and Spain which have strong genre traditions – several submissions came from emerging markets such as Colombia, Costa Rica, and even El Salvador, which only joined the larger Ibermedia program this year.

After Navas finished, a roundtable was held featuring Argentine director Demian Rugna (“Terrified”), Spain’s Paula Ortiz (“The Bride”) and Gustavo Hernández from Uruguay (“The Silent House”). The trans-Atlantic trio shared their impressions and experiences relating to the creation of genre audiovisual content. Edna Campos, director of Mexico City’s Film Festival Macabro, moderated the discussion, which discussed the present and long-term future of the Ibero-American genre filmmaking.

Early on, existential questions about the differences in genre content between Hispanic and Anglo-Saxon were raised.

“I believe it’s ontologically impossible that there are no differences. Landscape, identity, language, imagination… that is what builds cinema,” Ortiz started. “It is true that Anglo-Saxon patterns are prevalent in the cinematographic language of genre filmmaking, but it’s also true that horror and fantasy are driven by emotional patterns, and that we have transformed that, which is striking. Maybe the Anglo-Saxon patterns have worn out. For me, being from Spain, the imagination of Latin America is so fruitful, so rich… I think there is an Ibero-American gaze that is more effervescent [than in Europe].”

On a more practical level, Hernández pointed to distribution models as one key to a shift in genre filmmaking which sees Latin American and Spanish films finding their own voices and influencing one another.

“I have a hard time even seeing Argentine films in Uruguay in the cinema,” he lamented. “Nine films out of ten in the cinema are American blockbusters. But now, with the arrival of platforms, content is starting to arrive, and we can discover new things from different parts of the Americas.”

Rugna agreed but added that he sees the change as a push phenomenon as well, and that he has noticed a revival of Hispanic genre driven by a young group of hungry filmmakers who have been let off the leash thanks to new methods of funding which aren’t so tied to major box office success.

“I think we are lucky that there is a lot of fresh meat,” he explained. “For a while, we were trying to imitate what we saw coming from American cinema. That causes problems and it becomes very difficult to make a genre film that is also commercial. But now, often with state aid, there is less pressure to make something commercial. Now we don’t have to put up with producers saying something needs to be changed or a film won’t sell.”

“Things aren’t all good or bad though,” Ortiz argued. “The financial cycles of independent and public institutions are very slow and require more deliberate considerations about timing and budget but offer a greater authorial freedom than the platforms.

“The platforms allow an accelerated process from the industrial point of view, but that method has limitations and restrictions imposed by the famous algorithms which impose guidelines that affect our work in unforeseeable ways. Everything can go right to hell based on if the algorithm favors you or not, and that’s frightening,” she finished.

From his own experience, Hernández was a bit more optimistic, pointing to the incredible demand facing the platforms and concluding that the only way to meet that demand is through commissioning more content. He estimated that his most recent production “Lobo Feroz,” produced by Bowfinger International Pictures and Lobo Feroz with Mother Superior and FilmSharks for Netflix, would have taken four years to complete from development to post-production in a pre-streamer world. With Netflix involved, he says it took only a year-and-a-half.

“For me the platforms can complement the cinema-going experience,” he argued. “There are options for those who want to see films in a big room with many people or at home on their couch. I believe that the two can learn to live together.”

“I agree with both of you,” Rugna added, “but I always try to look at the bright side. Very few genre films make it into theaters and now we know that the platforms give us a way to dispense our films. In the ‘80s and ‘90s we all passed around terrible low quality VHS tapes. Now, we can turn on our smart TV or projector and build a microcinema at home. It’s a much better experience.”