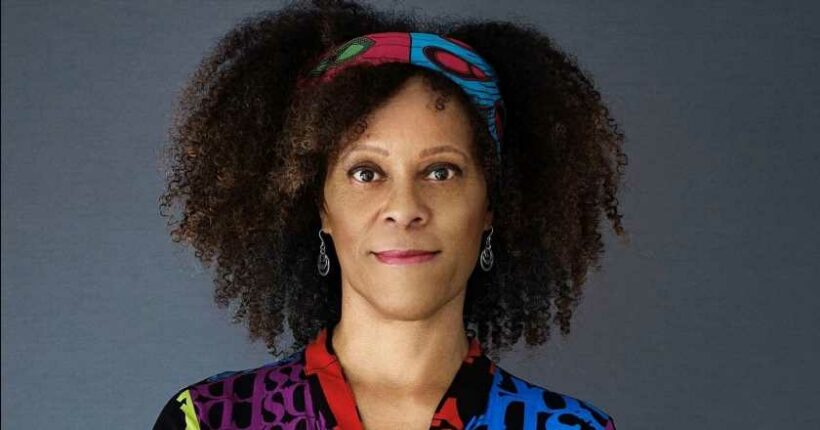 Who better than the trailblazing Booker Prize winner to share her insights on positivity and determination?

Bernardine Evaristo’s inspiring life story is a tale of determination and tenacity.

Growing up in south London, the author experienced racism from her local community and even from white members of her family; later she would go on to set up Britain’s first theatre company for Black women before becoming the first Black woman to win the Booker prize since the award was launched in 1969.

At a time when staying optimistic can feel harder than ever, thanks to a backdrop of financial and political uncertainty and major shifts in the world of work, who better than the trailblazing author to weigh in on how to forge ahead in the face of adversity and never give up?

Evaristo, who was named Stylist’s Writer of the Year at the Remarkable Women Awards in March, will be doing just that at Stylist Live on Saturday 12 November at London’s Truman Brewery.

In a session titled How To Be Unstoppable, she will discuss her most recent book Manifesto: On Never Giving Up, an unmissable and empowering read that was published in paperback earlier this month, and will share insights on how optimism and determination have shaped her life and career to date.

Manifesto, which Stylist hailed as “one of 2021’s must-read memoirs” upon its initial hardback release last year, begins by recounting the author’s upbringing in Woolwich, London, in the 1960s as one of eight children born to an English mother and a Nigerian father.

She would go on to discover her love of the arts thanks to her local youth theatre, and originally trained as an actor before going on to co-found the groundbreaking Theatre of Black Women along with Paulette Randall and Patricia St Hilaire in 1982. The company, which would run for six years, aimed to produce plays written by and about Black women.

Her memoir also recounts her romantic relationships, from toxic partnerships to more nurturing ones, and details how her activism has always informed her creative work. Aspiring authors, too, will be heartened by her honesty when detailing not just the long journey to publication but also the painstaking process of drafting and redrafting.

Evaristo’s first book, Lara, was a novel in verse inspired by her family’s history and published in 1997; she followed it up with The Emperor’s Babe, a verse novel set in the days of the Roman Empire.

Then came Soul Tourists (2005), Blonde Roots (2008) and Mr Loverman (2014) before the release of Girl, Woman, Other in 2019. The book, which tells the interconnected stories of 12 different characters across 120 years, deftly exploring ideas around race, gender and sexuality, would go on to win the 2019 Booker Prize.

Girl, Woman, Other by Bernardine Evaristo.

Want to secure your space for what is sure to be an unmissable and uplifting event? You can save 15% on general admission by using the code SPEAKER and pay just £22.10. Book your Saturday tickets here, and follow this link to find out more about Stylist Live.