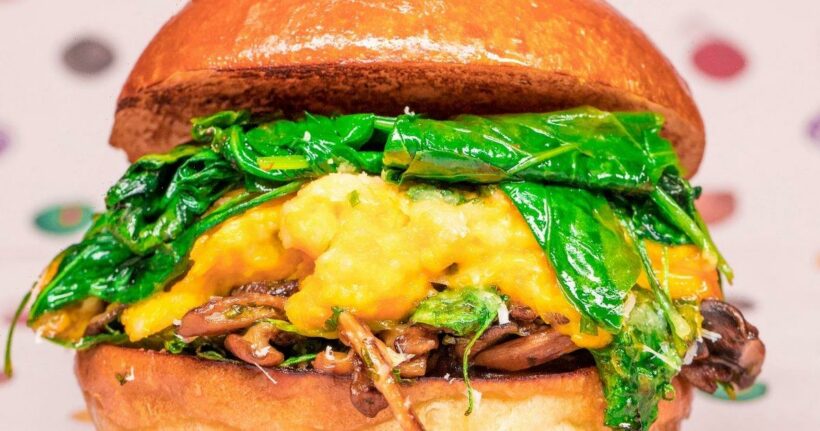 A restaurant themed entirely around eggs has opened in London – and its founder has had an incredible journey to success.

Sohail Ahmad came to the UK aged 12 as an Afghan refugee where he was taken in by Ashford county council social services and soon began to thrive at the Swattenden Centre in Cranbrook.

In 2008, Sohail began his career as an amateur boxer, completing around twelve fights before turning pro in 2015 and taking on his nickname “Showstar”.

But, now he’s left the sport behind him and decided to venture into the foodie business with his own restaurant.

The concept for Eggoland was born out of his experience of cleaning dishes in restaurants to earn some money when arriving in the UK.

And, he decided to theme his own establishment around eggs after feeling frustration at never being able to order eggs the way he likes them in Britain.

Sohail said: “This is a milestone in my life and will be a celebration of everything I have overcome. I want my restaurant to stand as a symbol for other young people who come from hardship.

“I chose to put myself on a good path and have worked hard to be here.’’

He added: “Coming from an under-privileged background you don’t have the money to be in a high-end restaurant. I wanted to make something tasty and trendy, but good value for money.”

And, we’re excited to try the place as the menu looks totally delicious.

Sohail’s hero dish is ‘The Showstar’ made with roasted potatoes, vegetables, face-down fried egg, harissa hot sauce and chives, all served in a warm paratha wrap.

And, while the menu is egg-based that doesn’t mean vegans or vegetarians have to miss out.

Yum – and that's only some of the great menu options.

Sides include hash brown bits and desserts like a chocolate brownie or Jude’s ice cream.

Mains range in price from £9 to £11 but they sound totally worth it.

Would you visit Sohail’s restaurant? Tell us in the comments below…

You can also read more lifestyle stories by signing up to our Hot Topics newsletter here.