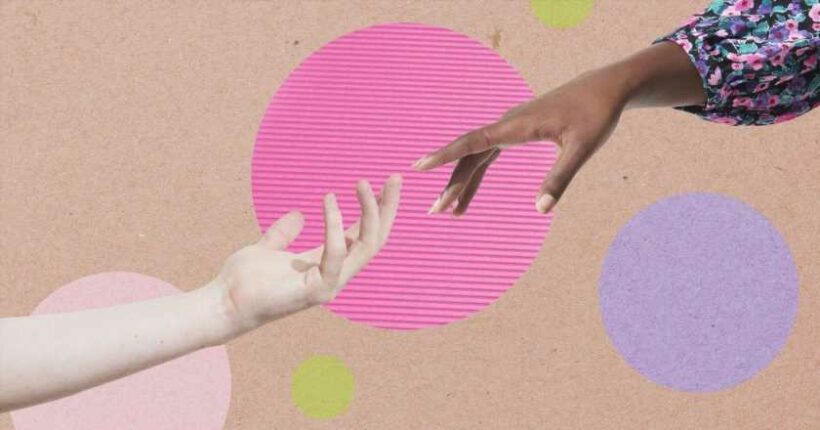 Do you still find yourself thinking about an old friend years after you parted ways? Psychologists explain why we often reminisce about long-gone friendships.

Warning: this story contains spoilers for the first and second episodes of And Just Like That…

When Sex And The City revival And Just Like That… arrived on our TV screens earlier this month, there was a notable absence: Samantha Jones. Her departure was quickly explained. The show reveals she’d moved to London for work, but we also learn that she and Carrie Bradshaw had fallen out after Carrie fired Samantha as her publicist. The rift meant Samantha stopped returning Carrie’s calls and also stopped speaking to the other members of the gang, Charlotte and Miranda.

But despite no longer being friends, when Mr Big dies of a sudden heart attack, Samantha sends a bountiful display of flowers to his funeral with a note reading: “Love Samantha”. It’s a sign that even though they’re no longer in each other’s lives, Samantha still cares deeply about Carrie. This feeling of holding an old friend in your thoughts after a falling-out is something many of us are all too familiar with.

I met Paige when I was three years old. It was our first day of pre-school and we instantly became best friends. During much of our 15-year friendship, I spent as much time at her house as I did my own. It was us against the world.

The last few years of our friendship, however, were rocky as we grew up into two very different people. I began to think she was selfish, prioritising her various boyfriends over me. She may have thought similar things about me. When we turned 18 and left our hometown for universities in different cities, our contact reduced to the occasional text, eventually petering out to nothing.

Paige and I haven’t spoken in eight years. We’re not even friends on social media. Still, while I have no particular desire to rekindle our friendship, I frequently find myself thinking about her. Sometimes I wish my mum would bump into hers back in our hometown so I can find out how she’s doing. Most of all, I sincerely hope she’s happy.

I’m not the only one to feel this way. C, 26, from Liverpool, met a former friend through playing music in their hometown and they became close over the course of a few years. But, as the pair began studying at different universities, distance put a strain on their friendship. “Unfortunately, I think the stresses of uni and life in general put our friendship on the back burner,” they tell Stylist.

While they bump into their former friend from time to time, C explains: “It’s been a year or two since we last spoke properly and neither of us has made any attempt to plan something together. I think about them sometimes and find myself thinking it would be nice to still have the friendship in my life. But with different life plans and different social circles, it’s only natural we drifted apart.”

For Minreet, 41, from west London, it’s been almost 20 years since she last spoke to her former friend. They met at primary school and were close for years until a mutual friend stirred things up and they drifted apart. “Nothing bad was said but we just weren’t as close anymore,” she says. “It was really sad.”

Two decades later, Minreet still wonders how she is. “When I go for walks it reminds me of our meetups, the bus stop we would get the bus from – there are so many memories. I miss her and wish we were still close. It’s a real shame we aren’t.”

Relationship strategist Mairead Molloy explains the many reasons why friendships break down. “Friends come and go throughout our lives. While we may think a friendship will last forever, it’s not uncommon for friendships to end,” she says. “Sometimes a disagreement creates a gap between friends. Other times, commitments like work or family result in a friendship fading away.”

“While we may think a friendship will last forever, it’s not uncommon for friendships to end.”

Another factor is how much we change as people over time. “We grow up and figure out who we want to be and how we want to spend our time,” explains Molloy. “As each of us tries to figure that out, our lives start to go in different directions.”

Just as the breakdown of friendships is part of life, missing old friends is also completely normal, according to psychotherapist and broadcaster Lucy Beresford. “This is because a friend is someone who has shared so much in our history,” says Beresford. “Friends are an important part of our social structure, which is why when a friendship fades, we can get emotional or nostalgic.”

Our longing after former friendships is also related to attachment theory. Molloy explains: “While the four attachment styles formulated when we’re infants are predominantly used to describe personality traits, studies have found they can also affect your friendships.”

But while it’s completely normal to lose friendships, it doesn’t make it any less difficult to deal with. Beresford suggests a way we can cope if we’re struggling. “Identify the things you used to get from this friendship – like laughter or support – then pro-actively seek ways to fulfil those needs elsewhere. Recognising that we don’t have to cling to people from our past in order to get our needs met is very empowering.”

Just because somebody’s no longer in our lives, it doesn’t automatically mean we stop caring about them. And that’s okay. We just need to recognise the friendship ended for a reason and not ruminate over something that wasn’t meant to be.