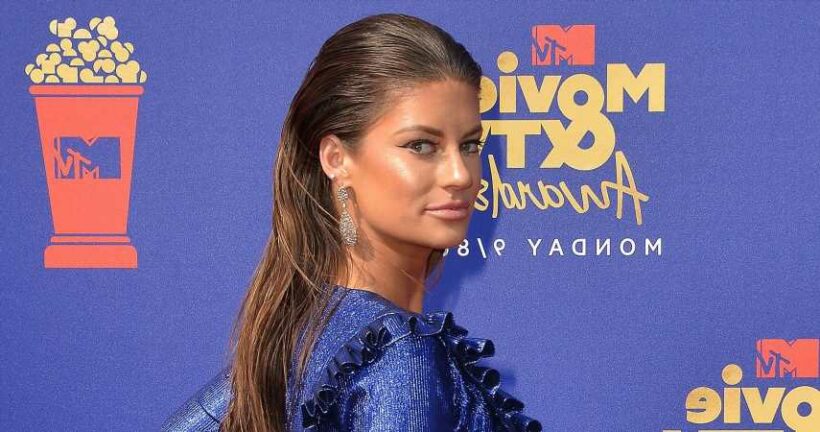 A variety of social media stars have accrued a large number of followers while simultaneously avoiding the mainstream attention. Their devoted fans exist mainly online and are often younger in age. Social media allows those impressionable viewers to get glimpses into creators personalities whom they develop surrogate relationships with: friends without ever having to meet in person. This unique trend of influencers often grow their audiences by collaborating with one another whose fans fall into the same demographic. One of the most successful celebrities to utilize this method of content creator collaboration is Hannah Stocking.

Hannah Stocking is a model, actress, influencer, content creator, and virtual personality who has garnered a massive audience of dedicated followers. Initially starting out as a Vine creator in 2013, Stocking started posting to Instagram beginning in 2017 and quickly grew her base through a variety of celebrity collaborations. This has included videos and posts with fellow influencers ranging from one of her closest friend Lele Pons, as well as her former boyfriend Ondrez Lopez. By surrounding herself with a variety of already established talents, Stocking has been able to flourish into one of the most innovative, productive, and creative influencers and collaborators to date.

RELATED: The Life of Lele Pons: The Most Viewed Instagram Star You May Not Have Heard Of

Stocking first gained popularity through the video sharing app Vine. Beginning to post in 2013, she shared experiences from her life in college. Unlike most other content creators, Stocking prioritized school. She attended Dominican University of California in San Rafael where she studied both Chemistry and Biology. She also gained attention as a volleyball player and shared clips from her game appearances through social media. In her Vine career, she explored collaborations early on and started appearing in videos for fellow creators such as King Bach, Liane V, and Destrom.

In early 2014, Stocking appearing in the music video for the G-Eazy song “Tumblr Girls”. She continued to grow her following on Instagram as both an actress and model, but also shared glimpses into her personal life. It wasn’t until 2016 that she gained even further attention when she appeared in the Blink-182 music video for “She’s Out of Her Mind”. The video was a gender-swapping recreation of Blink’s iconic video for “What’s My Age Again?”. Instead of the three members from the band, this video featured Hannah Stocking, Vale Genta, and one of Stocking’s closest friends and future collaborative partners Lele Pons. The video earned coverage in press outlets such as RollingStone which helped to increase Stocking’s popularity.

2017 also marked the feature film debut for Hannah Stocking. She portrayed the character Anna in the Tyler Perry film Boo 2! A Madea Halloween. Her collaborations continued to expand in 2018 when she wrote and directed the music video for “Hard 2 Face Reality”. In addition to working on the production of the video, Stocking also went on to star in it, a collaborative effort between artists Poo Bear, Justin Bieber, and Jay Electronica.

One of Stocking’s first professional partnerships was with her friend Lele Pons. With consistent collaborations, Hannah Stocking was able to grow her YouTube channel, culminating in over 7.75 million subscribers. One of the popular video skits that the dup released was a Baywatch parody that earned Stocking over 72 million views alone on her account.

One of the most significant elements of the celebrity partnership was a mini series that the duo produced called Lele Pons and Hannah Stocking. The series ran from 2017 until 2020 and featured day-in-the-life content from the collaborators as they navigated their way through social media fame in Los Angeles. The duo also appeared in the parody series Amigos that served as a comedic counter to the show Friends. In addition to appearing in shows, music videos, and YouTube videos together, the duo also often appeared on each others Instagram pages. Photos of Lele are sprinkled through Hannah Stockings feed and Lele often features Hannah Stocking on her Instagram profile as well. Together, the dynamic friendship has been able to provide a significant following to one another, allowing them to combine their audiences for maximum attention.

Another relationship that furthered Hannah Stocking’s social media growth was when she started dating Ondreaz Lopez, the older brother of fellow social media star Tony Lopez. Together, the brothers dominated the TikTok platform and shared a variety of comedic videos that contributed to Ondreaz 21 million followers. In February of 2021, the couple split up after sharing several TikTok’s together. Ondreaz had been charged with allegations against his relationship with a younger creator. As the drama unfolded, Stocking distanced herself from the relationship and allowed for her own career to develop.

Her Very Own Viral Career

Hannah Stocking utilized her collaborations and attention to form her own career that primarily exists via Instagram and YouTube. In June of 2021, she released a YouTube video that was sponsored by NordicTrack that featured appearances from several social stars who are also represented by Shots Studios including Lele Pons, Anwar Jibawi, Delaney Glazer, and Rudy Mancuso.

Hannah Stocking continues to grow from her viral success through her ability to cross platform. She has a large YouTube engagement with over 7.75 million subscribers and 1.9 billion total views but has also earned a strong Instagram presence with over 19 million followers. Through her continued viral trends and collaborations, she is set to become one of the most followed celebrities on social media.

READ NEXT: 20 Images That Prove Lele Pons Is The Queen Of The Internet