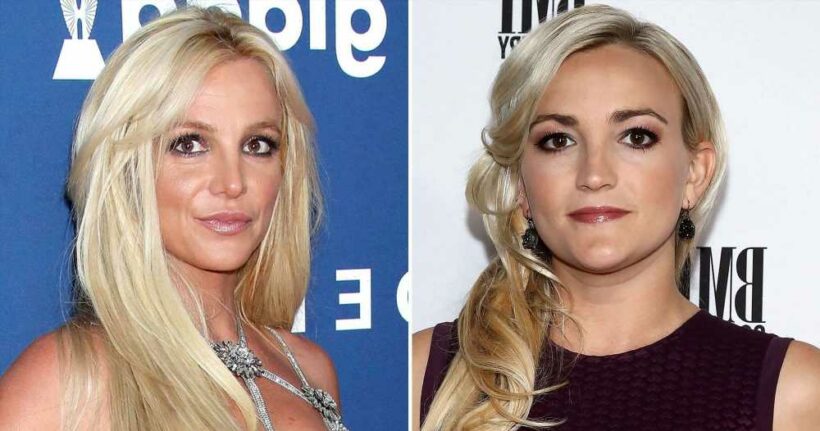 Setting the record straight. Jamie Lynn Spears addressed the speculation about where her relationship with sister Britney Spears stands as the family’s drama remains in the spotlight.

“That love is still there, 100%. I love my sister,” Jamie Lynn, 30, said during an interview on Good Morning America on Wednesday, January 12. “I’ve only ever loved and supported her and done what’s right by her, and she knows that. So I don’t know why we’re in this position right now.”

The former child star said she tried to help Britney, now 40, get access to resources to help end the conservatorship.

“I’ve always been my sister’s biggest supporter, so when she needed help, I set up ways to do so,” she added. “[I] went out of my way to make sure that she had the contacts she needed to possibly go ahead and end this conservatorship and just end this all for our family. If it’s going to cause this much discord, why continue it?”

Jamie Lynn was scrutinized last summer after her older sister publicly addressed her family’s involvement in her 13-year conservatorship for the first time.

“I would honestly like to sue my family, to be totally honest with you. I also would like to be able to share my story with the world, and what they did to me, instead of it being a hush-hush secret to benefit all of them,” the “Circus” performer said during an emotional court hearing in June 2021, claiming that her loved ones didn’t do “a goddamn thing” to help her.

At the time, the Zoey 101 alum took to Instagram to clarify that she was there for Britney, writing, “Maybe I didn’t support her the way the public would like me to with a hashtag on a public platform, but I can assure you I’ve supported my sister long before there was a hashtag. And I’ll support her long after. Note that.”

Britney’s conservatorship was officially terminated in November 2021. Earlier that month, an excerpt from the Sweet Magnolias star’s upcoming autobiography, titled Things I Should Have Said, explained why she didn’t initially tell the Grammy winner about her 2007 pregnancy.

“My team believed everyone outside of the inner circle was a potential threat,” Jamie Lynn claimed in her book. “They went so far as hiding my pregnancy from my sister, claiming, ‘It’s too risky to tell Britney about the baby.’ I needed her more than ever and she wasn’t able [to] help me in my most vulnerable time. Britney’s condition was spiraling into something more concerning.”

Jamie Lynn, who shares 13-year-old Maddie with ex-boyfriend Casey Aldridge, reflected on feeling distant from Britney as they each went through their own struggles. (The “Toxic” songstress had a highly publicized mental health breakdown following her split from ex-husband Kevin Federline at the time.)

“Britney was in the midst of her own crisis, and because we were isolated from each other, our communication was nonexistent,” the former Nickelodeon star wrote. “My family denied my attempts to be independent and left me with no other choice than to threaten to file for emancipation with the courts. I spent days agonizing with my pending decision. But I followed my gut and instructed my new lawyer to go ahead and draw up the petition. … Simultaneously, my sister was experiencing her own breakdown, and media speculation about her wellness and our family already had the paparazzi swarming. Everyone involved with my saga reluctantly agreed that we needed to do what was best to avoid any more negative media attention.”

Earlier this month, speculation about tension between Jamie Lynn and Britney resurfaced after Instagram users noticed that the pop star had unfollowed her younger sister on the platform. Jamie Lynn, for her part, has continued to follow and “like” most of Britney’s posts.

Things I Should Have Said hits stands on Tuesday, January 18.