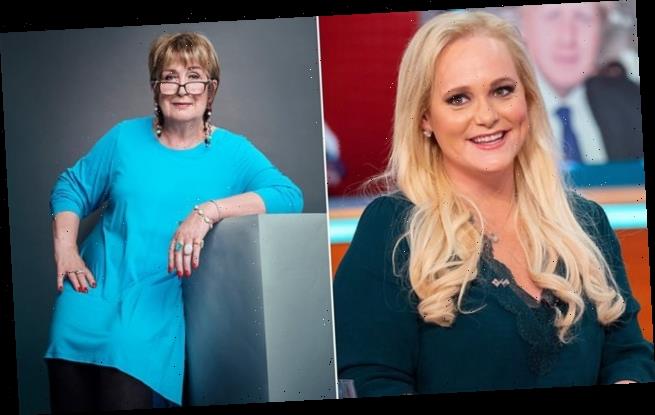 JENNI MURRAY: The selfie that shames Boris AND his lover Jennifer Arcuri

The picture of blonde, lipsticked Jennifer Arcuri with a self-satisfied and slightly sneering expression on her face that was splashed over the papers this week made me absolutely furious with both her and Boris.

The photo is a selfie, which Arcuri says was taken in the kitchen of the home Johnson shared with his wife and children. Two glasses of red wine are prominently displayed on the table where, no doubt, the next morning there would be a gathering of family for breakfast.

What sort of a man invites his lover to the very centre of his house, knowing he’ll have to get her out before his wife gets back?

Well, according to Allegra Stratton, the Prime Minister’s new Press secretary, a man who ‘acts with integrity and is honest’. 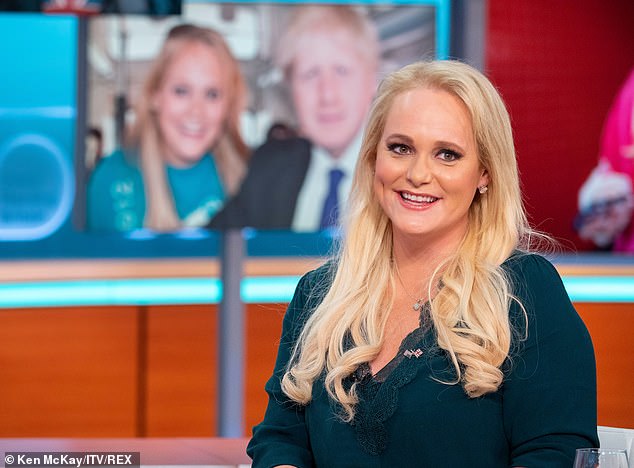 Jenni Murray discusses the photo of Jennifer Arcuri (pictured) which was splashed all over the newspapers this week, where she took a selfie in Boris Johnson’s kitchen with two wine glasses in the background

Really? I had thought that Stratton would be good news when she began to handle the White House-style Press conferences in Downing Street. She’s an admirable journalist, but her first memorable statement is eyebrow-raising to say the least. Gosh, those words must have stuck in her throat.

Back to that ghastly picture. It now transpires — surprise, surprise — it wasn’t taken to commemorate a quick drink between friends or business associates.

Arcuri had long denied the two of them had an affair, but we now know they had sex on a sofa while his wife was at work, because Arcuri told us so, and she pointed out that she left only minutes before Boris’ wife Marina Wheeler returned from her office. Apparently, Boris had sent a text reassuring his mistress that he wanted to ‘check the coast is gonna be clear’ before sending her the address of his Islington home.

So, here we are, criticising teenage boys for their inappropriate behaviour towards women and girls — which is sometimes criminal, but also often just crass and boorish — only to discover the Prime Minister, during his time as Mayor of London, was acting appallingly.

There’s more. According to Arcuri, she sent him a raunchy photo which he said was ‘enough to make a bishop kick a hole in a stained-glass window’.

What is she up to? Why is she revealing such details of how hot her lover thought her? Did it not occur to her that it might add to the humiliation of his former wife? What a cheap way to behave. 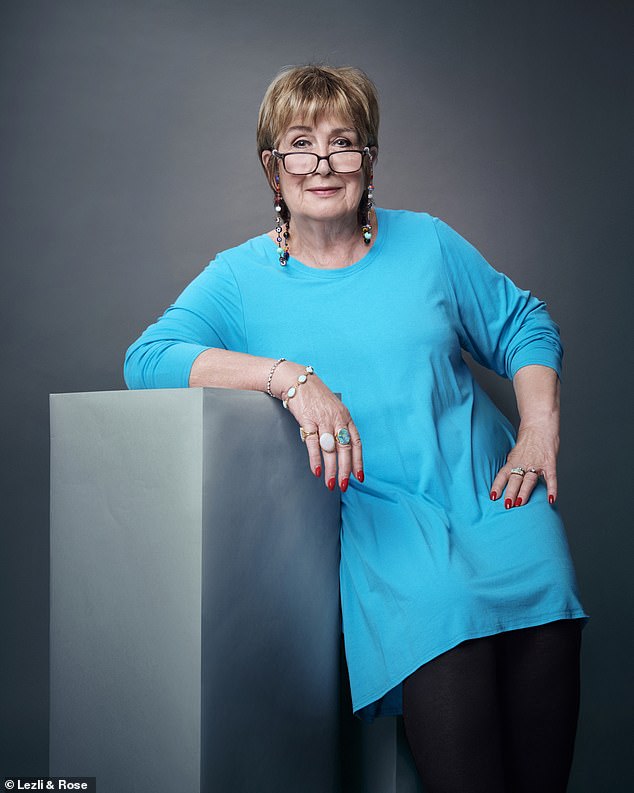 Jenni (pictured) said the photo made her furious with both Arcuri and Boris Johnson, and asks: ‘What sort of a man invites his lover to the very centre of his house, knowing he’ll have to get her out before his wife gets back?’

As I read the details of the affair — which lasted from 2012 to 2016 — I couldn’t help screeching ‘too much information’ as stories of reciting Macbeth as a strange kind of foreplay, his hand on her knee as he tried to persuade her to take him home with her, the constant sexy texting, even while he was on mayoral duty, all jumped off the page.

The former mayor, who is now Prime Minister, faces an investigation by the Greater London Authority to establish whether he breached the mayoral code of conduct by failing to declare the relationship.

There’s also the question of why Arcuri had accompanied him on three overseas trade trips and somehow pocketed £126,000 of public money for her business.

Stratton stepped in again on that question, claiming he ‘followed all legal requirements’ as mayor as well as the principles requiring our politicians to behave with honesty, integrity and openness.

But, how was he open and honest? And is there not a legal duty a husband owes to his wife to be faithful and true and not risk the misery she would suffer at the fury of a flighty, angry and disappointed woman with easy access to the Press?

I wish I could say I was shocked and surprised at the behaviour described by the pole-dancing Arcuri, but I’m really not.

Boris has form in his sexual shenanigans, but there’s definitely a lesson to be learned from all this. He is fond of trotting out famous quotations, but he was unwise to ignore, ‘Be sure thy sin will find thee out’ and, ‘Hell hath no fury like a woman scorned’.

WHY SEAN BEAN IS THE YORKSHIRE HUNK FOR ME

I love Kay Mellor’s work and will definitely be glued to her new series of The Syndicate, about a group of lottery winners, over the coming weeks.

But Joe Sugg, born and bred near Chippenham, Wiltshire, as a Yorkshire man? No!

He may have been great in Strictly Come Dancing, but he’s had no acting experience and I know I’ll be shouting at the screen at every misplaced pronunciation.

Only one man can keep me cheering at a performance of my local accent. Sean Bean. Sheffield born and bred. And it’s not just his perfect Yorkshire that cheers me up! 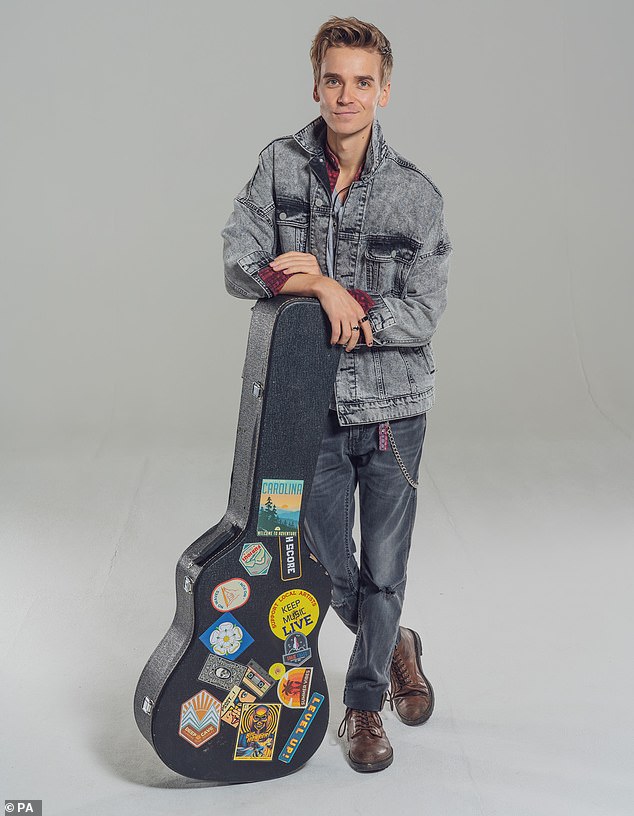 She also discussed Joe Sugg (pictured) who is playing a Yorkshire man in Kay Mellor’s The Syndicate, despite being born and bread near Chippenham, Wiltshire

ONLY A REAL ANIMAL WOULD DROWN A CAT

I know cats can be annoying. I have occasionally heard my neighbours mumbling about my Suu popping over the hedge into their gardens and I know exactly what she’s been doing.

I’ve offered to nip round and pick it up from their lawns and thank goodness none of them has a vegetable patch where she could be digging up their kale and cabbage.

But how could Richard Giles, a gardener near Sherborne in Dorset, be so cruel as to have killed Ruby, his neighbour Shirley Gear-Evans’ beloved rescue cat, for messing up his leeks and carrots? He drowned her in a water butt.

The RSPCA has brought a prosecution for causing unnecessary suffering to a protected animal and he may face six months in jail.

Six months inside over summer? That’ll muck up his precious vegetable patch and no mistake.

I’m A big supporter of the Great British Spring Clean, loathing litter in all its forms, but chewing gum? That’s the worst. There’s a proposal to place a tax on it to help meet the cost of cleaning the streets. Some 300,000 pieces of discarded gum can be found on Oxford Street at any one time and it takes three months to clean them up.

I think I’ve stepped in every one of them. Roll on the tax and clean them up.

Better still, chewers, take your gum home and put it in the bin.

‘Drivers over 70 could face night curfew’ — if I had read this headline this morning I would have thought that it must be an April Fool.

Come off it! I dutifully renewed my licence as required at 70. 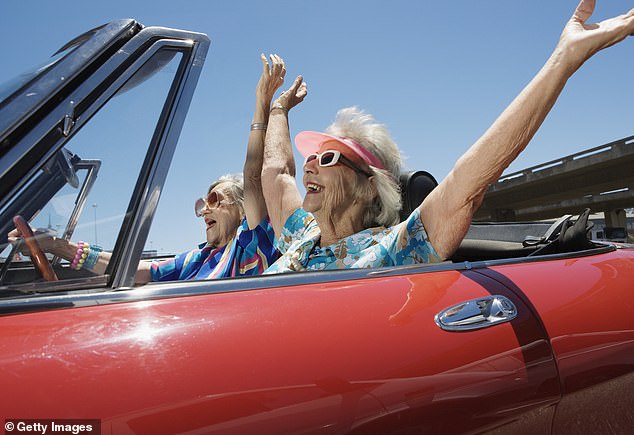 Jenni said that if she read the headline about drivers over 70 facing a night curfew this morning, she would have thought it was an April Fool joke

The new one was issued with no problems and will last till 2023 when I’ll have to apply again. I will, of course, quit driving if I develop a condition which makes me unsafe.

But I have no doubt I’m a far better driver than the average teenager newly let loose on the road.

As theatres and restaurants look set to reopen, do not deny me my car or I shall revolt!