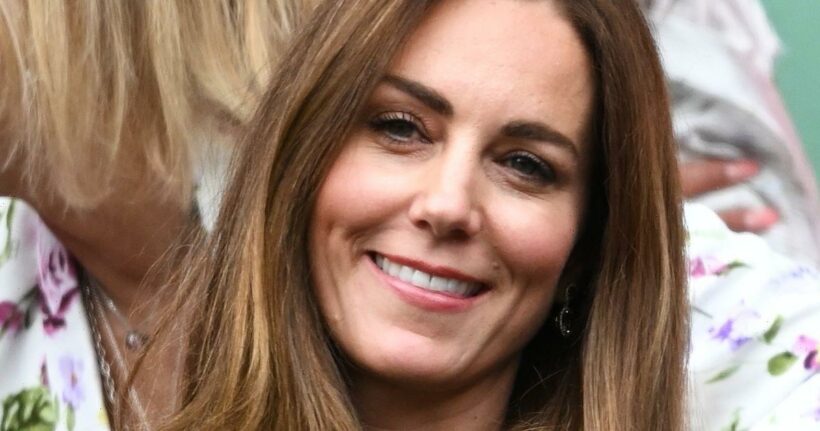 Love Love Island? Our Factor 50 email brings all the goss direct to your inbox

The 65-year-old telly veteran said he was ‘really badly bullied’ at school when he was just 12.

He said, “I was an outsider, and that’s very quickly picked up on when you’re in school.”

“The bullying happened quite quickly and became quite intense. It was physical. It would be in the cloakroom and somebody would punch you in the face.”

Richard’s not the only celebrity who suffered through childhood bullying.

Kate Middleton was tormented by mean schoolgirls and Stacey Solomon was a ‘misfit’, too.

According to royal biographer Katie Nicholl, the Duchess of Cambridge had a horrible time at girls’ boarding school Downe House in Berkshire.

An old schoolmate said, “Everyone wanted to be the best, the fittest, the prettiest. I think Kate was miserable from the start.”

Kate joined the school aged 13 and was teased for being very slender and a head taller than the other girls.

Eventually she moved to another school, and look at her now!

Our favourite tap to tidy star said she felt like a “complete misfit” at school and decided to become “naughty to fit in.”

The Loose Women panelist revealed that she began puberty very young, “I just felt so out of place. I was a tall, goofy, gangly, hairy girl.”

After bullies commented on her looks, she chose to be the class clown and it affected her education.

“I disregarded my whole appearance, as I thought, ‘wow I’m ugly, no one is going to like me’.”

Former Love Island and X-Factor Celebrity contestant Zara oozes confidence, but has a harrowing story about her school years.

The Essex lass – who shared the Love Island villa with Dani Dyer – told her Instagram fans that she “never really got over” the bullying.

Brave Giovanna fought her fears to become queen of the I’m a Celebrity ‘castle’ last year.

On her childhood struggles she said, “I wouldn’t be the person I am today had I not been bullied – it shapes you.”

“I had name calling at school between the ages of seven and nine. It was physical, too.”

Poor Giovanna was pushed into rose bushes with sharp thorns.

“It was never nice having a school nurse pick thorns out your bottom.”

Thankfully her three boys Buzz, Buddy and Max should have a much smoother ride through school.

She said, “Teachers are on it these days and are much more helpful when situations arise.”