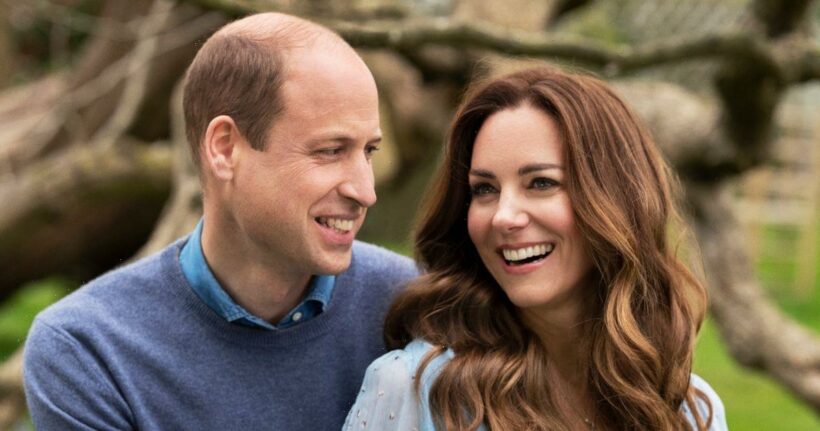 Prince William and Kate Middleton have been married for over a decade, and they’re still very much in love.

The Duke and Duchess of Cambridge locked eyes as students at the University of St Andrews and the rest is history!

According to a close friend, Kate – who celebrated her 40th birthday at the weekend – still ‘really fancies’ William, and the feeling is mutual.

The pal told the Sunday Times: “He found her really attractive [when they first met] and they’re the couple that still really fancy each other.

“There’s still a strong attraction. She finds him hilarious, they’re very into each other.”

The spark between them was there from the start and everyone who knew the Royal pair agreed.

Another friend who’s known the couple since St Andrews said that in the early days, Kate was still the ‘unknown girlfriend’. But Kate was ‘totally herself’ with the Prince from day one.

The friend shared with the newspaper: “When I first met her with William, she was completely at ease with him. There was no 'Ooh, look at me with the prince'. She was charming, clearly bright but not showy, just totally natural.”

The students became great friends and their bond soon blossomed into love.

When Kate and William announced their engagement in 2010, the Prince shared their sweet story in an interview.

He said: “We ended up being friends for a while and that was a good foundation. Because I do generally believe now that being friends with one another is a massive advantage.”

Kate and William are never not smiling when seen in public together.

Royal fans often spot their ‘look of love’ during official engagements and it seems William is quite the gentleman at home.

Discussing their nighttime routine, a Royal Family friend told People: “William will bring Kate a gin and tonic. They look after each other, but in different ways.”

William’s mother, Princess Diana, advised her son: “make sure the person you marry is your best friend first.”

And Diana’s healer Simone Simmons once recalled: “Diana would have loved Kate because she is down to earth and she understands William inside out.

Kate at 40: A Thoroughly Modern Duchess

In this special collector's edition of OK!, we take a look at the Duchess of Cambridge's rise to become one of the most loved and respected members of our Royal family.

Ahead of her milestone birthday, we reveal all about Kate's loving childhood, delve into the secrets of her happy marriage to Prince William and discover what Kate is really like off-duty – from her passion projects to her parenting style.

With the help of royal experts, we celebrate the most iconic moments of Kate's life in the spotlight, and reveal what surprises could be in store as she turns forty in style…

Available in store now and online at www.ok.co.uk/katespecial for only £4.99.

“When they look at each other, you get the sense of a million words passing between them. I’m sure Diana and Kate would have been firm friends.

“I can see them going out together, having a giggle and enjoying each other’s company.”

If there’s a marriage to aspire to, it’s the Cambridges’!

For all the latest on Kate Middleton's 40th birthday celebrations, sign up to OK!'s brand new Royals newsletter.