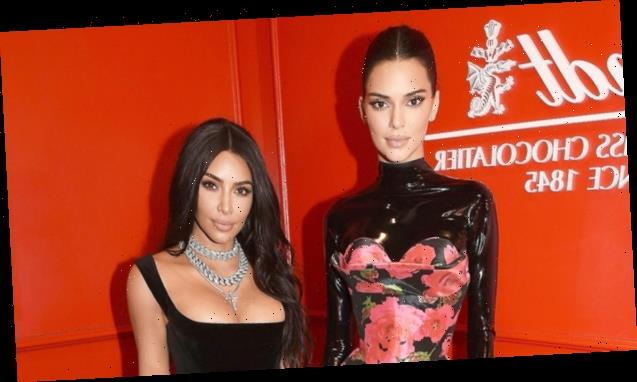 Kim Kardashian, Kendall Jenner, and their sisters got super competitive in a new clip from ‘KUWTK.’

The Kardashian and Jenner sisters are incredibly competitive, and that was clear in the latest clip from the final season of Keeping Up With The Kardashians. In the latest preview clip for the reality TV series, Kim and Khloe Kardashian teamed up against Kendall and Kylie Jenner for a sisterly game of volleyball. However, there’d already been some intense smack-talking. “Like, I actually know how to play volleyball,” Kendall could be heard saying under her breath to sister Kylie, as Kim and Khloe got warmed up.

“This is very hard to watch,” Kylie agreed. Kendall kept going, telling her two big sisters that watching them play volleyball was “embarrassing.” The tension between the four sisters became a lot clearer when Kim and Khloe opened up in their own confessional. “As siblings, we’re always competitive,” Kim told the camera. “But Kendall has been talking a lot about how the Jenners are genetically gifted and this is something that makes my blood boil,” she admitted.

A flashback featured Kendall telling Khloe that after getting a “blood test” she was told that she’s “super athletic.” Khloe tried to tell her little sister that she was also pretty gifted when it comes to fitness and athleticism as well, to which Kendall questioned her, “are you though?” As such, Khloe and Kim were ready to bring it. “We are the true athletes here,” Kim said.

As Kendall and Kylie got their game plan ready, the clip cut to footage of the two sisters doing cheerleading, snowboarding, and more. They even gushed about Caitlyn Jenner, whom they credited for their athleticism. “My dad just always had so much faith in Kylie and I when it came to being athletic,” Kendall said. “We grew up daddy’s girls with those Olympic genes. The Jenners, we just have it in us.”

What ensued after Kendall’s confessional was a montage of the sisters running, lunging, and receiving the volleyball over the net. Each time, however, it looked as though Kim and Khloe somehow had the upper hand on the play! It looks like this will be a fun-filled episode of Keeping Up With The Kardashians. So, are you team Kim and Khloe, or team Kylie and Kendall?

Watch the next episode of Keeping Up With the Kardashians on Thursdays at 8:00pm ET/PT on E!.